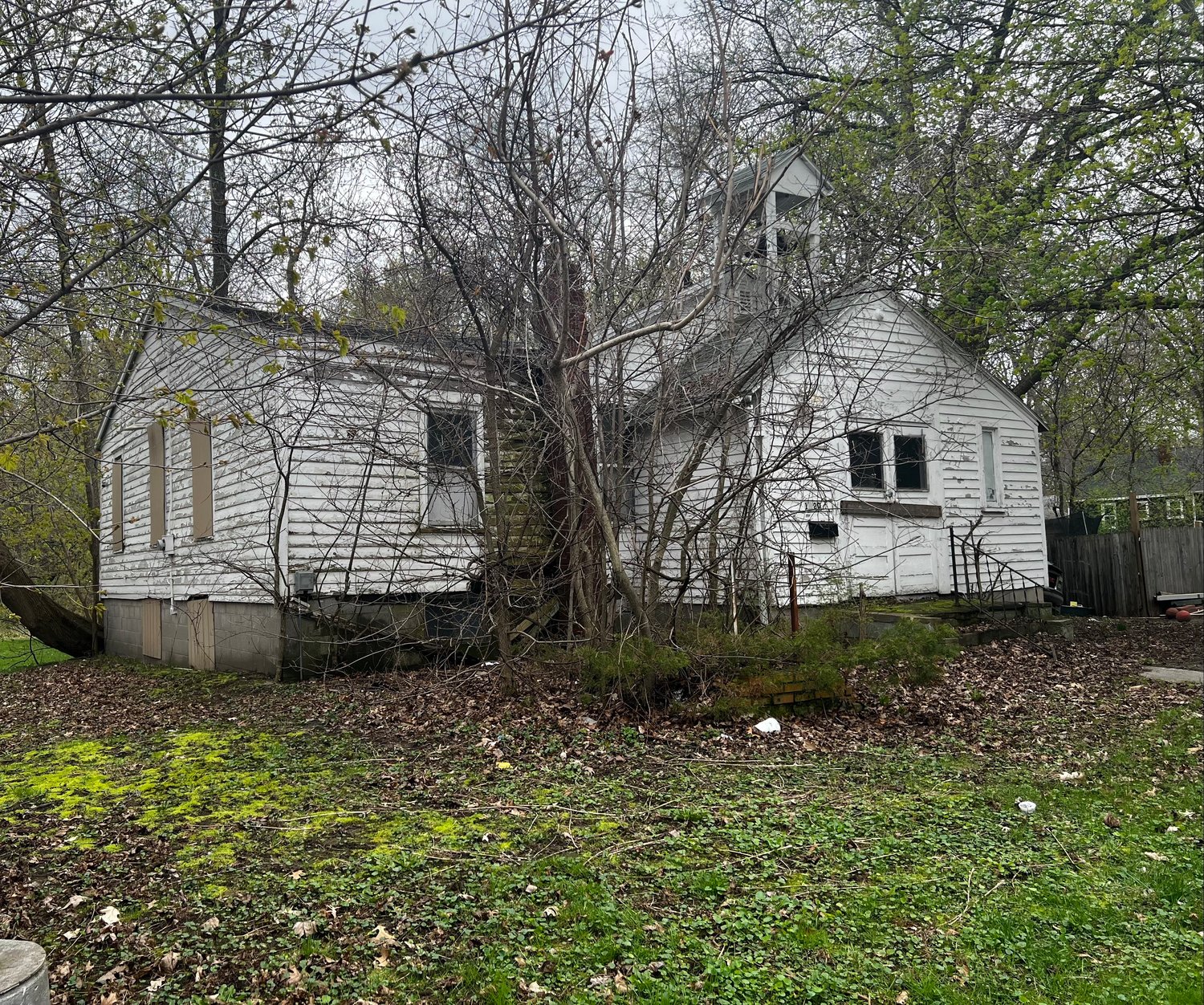 Here is the church. Here is the steeple. Don’t open the doors. There are no people.

This week’s featured property is the former Wesley Church of Christ, a neighborhood house of prayer built in 1948 that has been rotting away near the entrance of Regent Park for more than two decades. The current owner, Leon Scott — who lives just a few blocks away — bought the land from the former church for $35,000 in 2001, according to Ingham County property records.

Old newspaper advertisements show the church was operational in the late ’60s, but it’s unclear when it closed. Other churches with apparent affiliations to the old church didn’t return calls.

Nowadays, the front doors to the chapel and several windows are boarded shut. The front yard is a mess of trash, weeds and dirt. Paint is also peeling away to reveal layers of rotting wood. Of course, some local residents are tired of seeing the worsening blight in the Eastside Neighborhood.

(Shoutout to City Pulse reader Elizabeth Ferszt for bringing this property to our attention.)

There are no active real estate listings for the property, but Scott said he’s been trying to sell the land for more than a decade. For unnamed reasons, “it just hasn’t happened,” he explained.

Unlike his neighbors on Elizabeth and Regent streets near Regent Park, Scott doesn’t have to drive by the dilapidated building every day. But he agreed: The old church is a real Eye Sore.

Scott encouraged anyone interested in buying the parcel to call him at 517-372-3658. Having made similar moves in the past, Parks Director Brett Kaschinske said the city of Lansing “would be willing to take a look” at buying the parcel to expand the overall footprint of Regent Park.

“Eyesore of the Week” ”is our weekly look at some of the seedier properties in Lansing. It rotates with Eye Candy of the Week and Eye for Design. Have a suggestion? Email Managing Editor Kyle Kaminski at eye@lansingcitypulse.com or call in a nomination at 517-999-6715.

Five years of police reports from before the murder revealed a history of calls for drug overdoses, sexual assault, felonious assault, breaking and entering and welfare checks at Decker’s converted barn home, according to hundreds of pages of reports released in response to a public records request.