A reckoning for reproductive rights 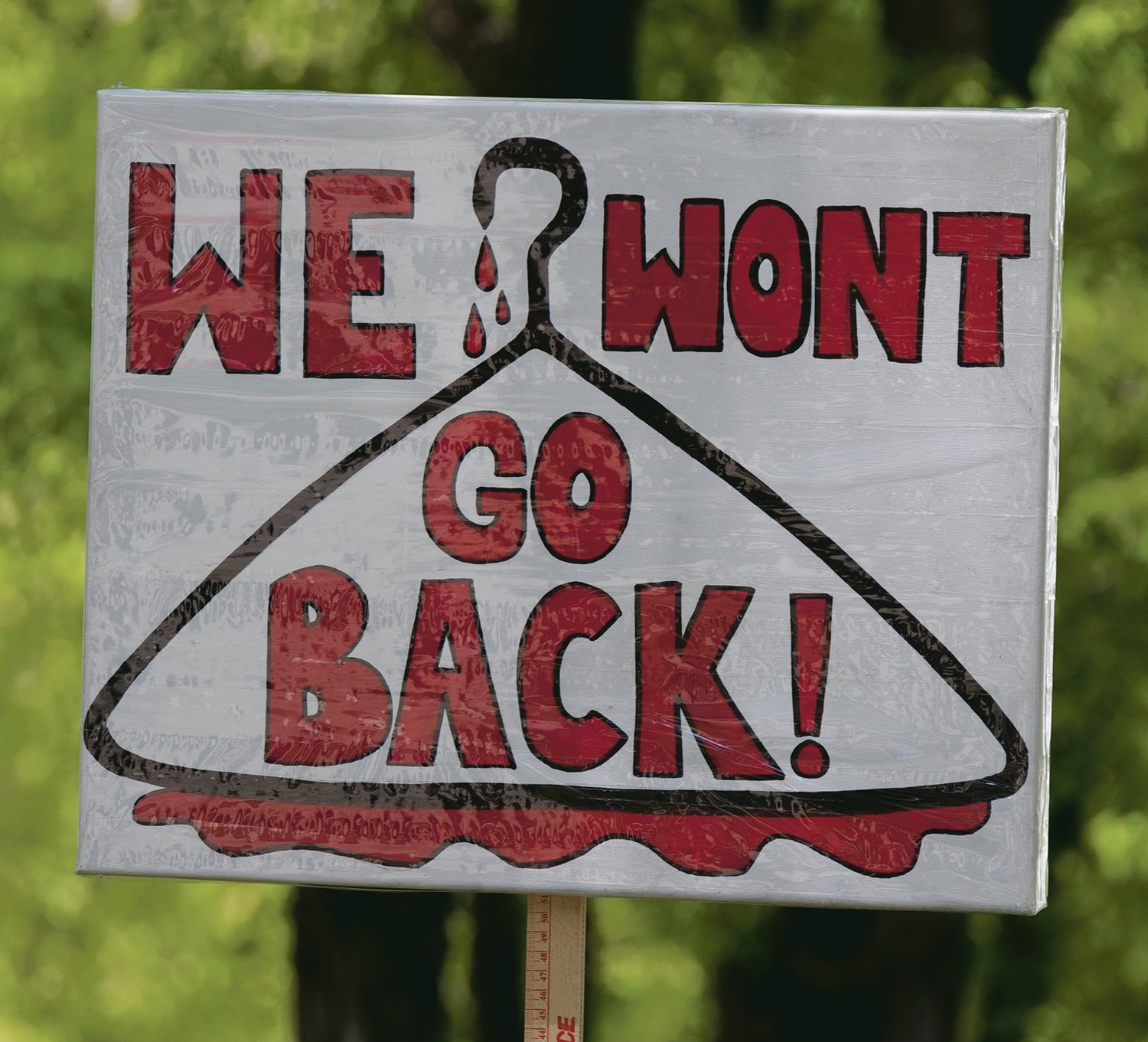 Dominque Robinson
Posted Thursday, September 15, 2022 12:10 am
Have something to say about a local issue or an item that appeared in our pages?

In the runup to the Nov. 8 General Election, abortion has suddenly and somewhat remarkably rocketed to the top of voter concerns in Michigan, eclipsing other matters of public import like inflation, gas prices, infrastructure and crime. It’s the latest chapter in a seemingly endless religious culture war that’s been tearing at the fabric of American society for generations.

For the past 50 years, though, an uneasy peace has prevailed, driven mostly by the U.S. Supreme Court’s affirmation of a woman’s right to choose in its landmark 1973 Roe v. Wade decision. After Roe, there just wasn’t much room for anti-abortion advocates to fight. That is, until the high court’s deeply regrettable June vote to eviscerate Roe, creating a moment that will be remembered as a massive inflection point in American politics. Some indicators suggest it may also be a powerful call to action for millions of people across the nation who support reproductive rights. We’ll see in about eight weeks if it generates an avalanche of incensed voters who nip in the bud a widely expected mid-term Red Tide.

All this tumult over what has been a long-settled question is, of course, one of the most consequential of the myriad disasters foisted on our nation by a certain former president, who in four short years managed to tip the scales of American justice by loading up the Supreme Court with conservative troglodytes bent on setting back our nation’s progress by a half-century or more. Next on the wrong-wing hit parade: same-sex marriage and transgender rights.

It’s important to note that the Court didn’t prohibit abortion in the U.S.; it left the question to the states. In Michigan, that could have meant the resurrection of a Prohibition-era state ban on abortion that makes no exceptions but to preserve the life of the mother. Enforcement of the law would have made instant criminals out of women seeking an abortion and the doctors who perform them in Michigan.

In an ironic legal twist, Planned Parenthood of Michigan had to file a lawsuit against Attorney General Dana Nessel — a fierce advocate for reproductive rights but also the state’s chief prosecutor — in a successful bid to prevent enforcement of the archaic law by any prosecutor in the state. Last week’s permanent injunction issued by Court of Claims Judge Elizabeth Gleicher laid down a legal marker by ruling that infringing on a woman’s bodily autonomy and right to choose violates the core tenets of Michigan’s Constitution. Gleicher’s decision may well be overturned on appeal, but there’s also a remedy for that.

Enter the November ballot proposal that aims to permanently enshrine reproductive rights in the state Constitution. More than 750,000 Michiganders — a new record — signed a petition to put the measure up for a vote. Last week the state Supreme Court rejected nit-picking criticisms of the petition’s word spacing, deferring instead to the notion that the people’s right to decide the question is paramount while ordering the proposal to appear on the November ballot.

We are impressed once again by the courage of Justice Elizabeth Clement, a Republican appointed by former Gov. Rick Snyder, who broke ranks with her partisan peers to side with the high court’s four Democrats in placing the question on the ballot. It isn’t the first time she’s shown that her approach to jurisprudence is based not on party fealty but on reason and the rule of law.

With a Republican-dominated U.S. Supreme Court deferring abortion policy to the states, we note the irony of Michigan Republicans working so hard to deprive state voters of the ability to decide what’s right for Michigan. Their respect for the rule of law and democracy itself is so corrupted that they have no qualms about opposing a ruling issued by a Court controlled by their own appointees or disenfranchising as many voters as they can muster as long as it serves their perverse, retrograde political agenda.

That we support the ballot measure doesn’t mean we think it’s perfect. Critics point to language that could be construed to mean abortion will be legal all the time, every time, right up until the moment of birth. Even if this is true, rather than opposing the amendment based on its potential flaws, we choose to err on the side of securing every woman’s bodily autonomy and right to choose by enshrining these principles once and for all in our state’s constitution. It’s helpful to keep in mind that late-term abortions are vanishingly rare and that a future amendment could remedy whatever deficiencies may be identified.

With under two months remaining until the November vote, we’re delighted to see Gov. Gretchen Whitmer and her allies relentlessly pounding Republican gubernatorial nominee Tudor Dixon on the airwaves, reminding voters of her opponent’s truly radical views on abortion, which make no exception for cases of rape, incest or even the life of the mother. Dixon’s hardline stance is music to the ears of her Republican base. But it is probably a death blow for her political aspirations in a state where a majority of voters support reproductive choice. Tudor, we hardly knew ye.

Voter turnout will be crucial to the success or failure of the ballot measure and perhaps the partisan balance in both the Michigan Legislature and the U.S. Congress. If ever there was a time to exercise your right to vote, this is it. And it’s never been easier. Request an absentee ballot and vote from the comfort of home. Or head to the polls on Tuesday, Nov. 8, to make your voice heard