Affordable housing a problem as demand continues to outstrip supply 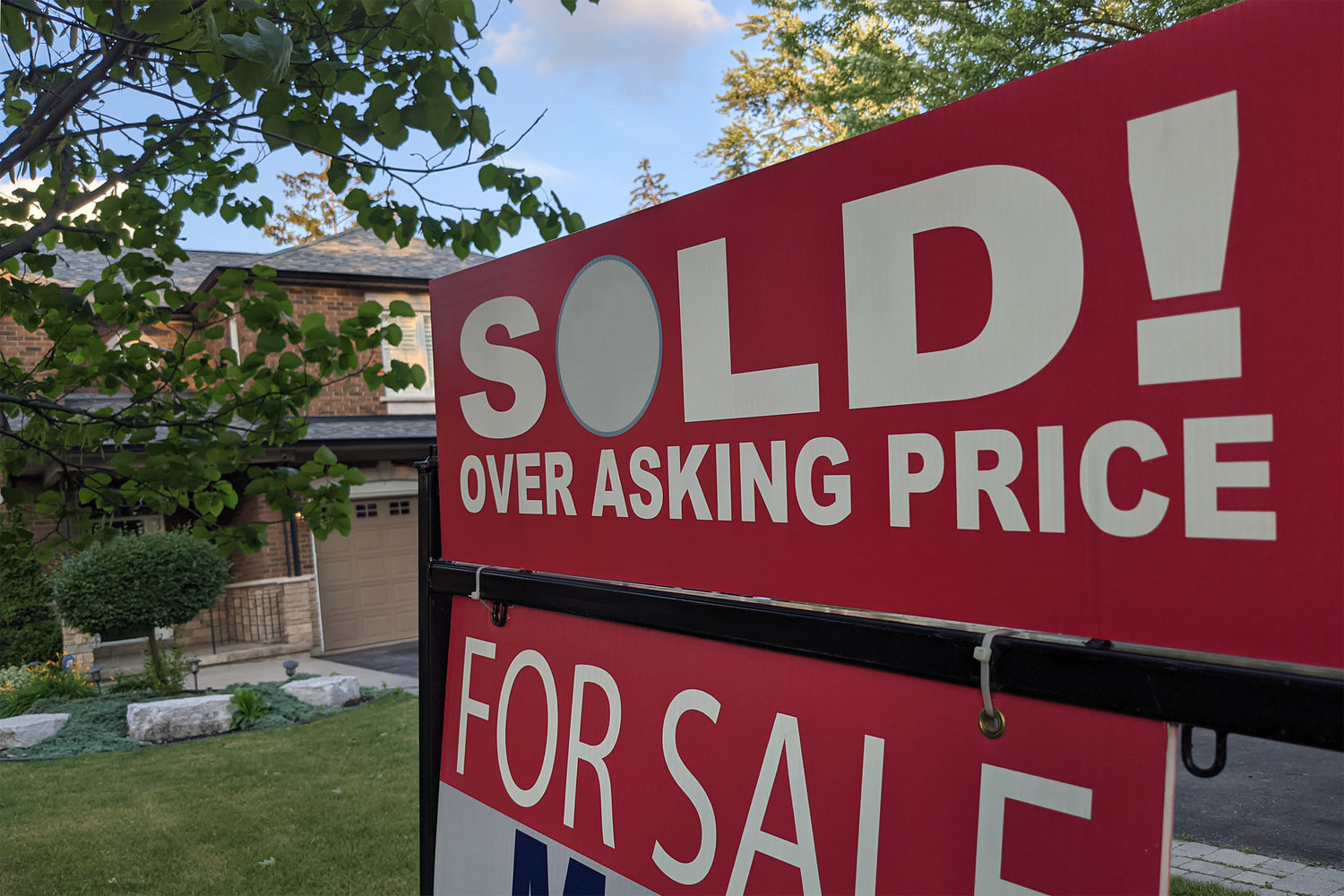 Prices have come down some since last year, but it remains a sellers’ market.
Shutterstock
Posted Thursday, January 19, 2023 12:01 am
Sam Easter

Kathy Birchen, an associate broker with Berkshire Hathaway Tomie Raines Realtors in East Lansing, has been selling houses for three decades. And the pandemic — which was marked by a widespread surge in demand and cheap credit — was a high-water mark for her career.

“Two years ago, we were crescendoing into a real high, with lack of inventory and prices rising,” she said. “That year, two years ago, was, I thought, one of my best years in real estate.”

But what was once a roaring market has started to cool. One major American home price index peaked in June, and by October — the latest figures available — it was off by 3.1 percent. That’s no big surprise: with the average 30-year mortgage up by more than 3.75 percent since its pandemic low, home loans are getting markedly more expensive.

Birchen is quick to point out that the market is still strong; she still felt like she had a good year last year. But the market is in a “flux” right now, she said.

“You’ll hear both sides of the coin from the economists … are we going to have a recession? How is that going to look? And nobody’s been able to really pinpoint exactly what’s going to happen.”

That hasn’t stopped observers from trying. One analysis, from Construction Coverage — a news website covering the construction and remodeling industry — shows that Lansing and East Lansing homes were more likely than many other mid-size metro dwellings to experience a 5 percent price drop in recent decades.

Numbers for Lansing don’t appear to have slowed significantly. According to data from the Federal Housing Finance Agency, Lansing and East Lansing homes prices were still on a yearslong trek upwards almost uninterrupted since bottoming out in 2012. Since the beginning of 2020, prices have increased 33 percent through the third quarter of 2022 (the most recent data available).

It’s possible Lansing’s home market could see a price wobble — in fact, that’s already happening in communities around the country, and data crunched by Zillow shows a mild moderation in local prices. But most housing experts see high demand, a tight labor market and inflated building costs buoying prices for the foreseeable future. The swoops and dives so common in the market after 2008 are almost entirely out of the question, they say.

“You’re not going to see substantial price drops,” said Mark McDaniel, president and CEO of Cinnaire, who also leads the Michigan Housing Council and serves on the board of the Lansing Economic Area Partnership. He said that work to attract employers is going very, very well in Lansing — so well that demand far outstrips availability.

If there is a recession, McDaniel said, it would most likely resemble an early 2000s-style downturn, which he described as relatively shallow.

“There’s a need for about 5,000 units of housing in this market in the next three to five years,” he said.  “Only about 1,400 units are in a pipeline to be built. And a lot of those are not targeted to an affordable market. When you look at that, that’s a serious problem.”

Many affordable housing experts echo McDaniel’s concerns. Especially with so many banner headlines in recent years — capped by news of a massive new area battery plant — it looks most likely that affordable housing will remain out of reach for the most vulnerable.

Douglas Fleming, executive director of the Lansing Housing Commission, has concerns well beyond the primary home market. The region’s most vulnerable are typically encouraged to access subsidized housing — but that housing is often in short supply, with significant waitlists.

Renters especially, Fleming said, can be caught between that lack of affordable opportunity and the realization that rising interest rates might price them out of a home. As they face rising rents, they’re often pinched with nowhere to go — as he puts it, “you can’t go up and you can’t go down.”

“I do know, just anecdotally, the number of phone calls, the number of emails that we’re getting versus what we normally get, it’s up dramatically over the last six months of people seeking subsidized housing,” Fleming said.

McDaniel said that the community has done a good job “attracting” new talent. But, he said, that’s only part of what makes for healthy economic growth. Soon, potential newcomers will be asking harder questions: what about public transit? What about childcare options? What about more homes?

Jitters about housing still fall in the shadow of the late 2000s financial crisis, which saw significant market upheaval in the wake of overeager mortgage lending and widespread defaults. In Michigan, scars from that downturn were evident long after the recession ended.

But experts say that today’s landscape is far different, with scarcity and inflation both keeping prices relatively high.

Jim Anhut spent 35 years in commercial real estate and now directs the real estate minor at Michigan State University. He said there are already signs that inflation in building materials has significantly cooled, and even feels optimistic about the housing market’s future in 2023 and 2024.

Any price fluctuations in today’s housing market, Anhut said, will be much more mild than in the housing crisis of yesteryear.

“Are people going to see depleted value in their real estate? My knee-jerk response to that is no — unless they sell,” he said.

Denya Macaluso, the vice president of residential lending at MSU Federal Credit Union, said 2022 brought moments of high appreciation, quickly changing interest rates and a spike in inflation. Things are calming now — if transitioning from a seller’s market into something more balanced.

“I think the other probably big variable is the whole story of supply,” she said. “We still have more buyers out there than we have houses for sale.”

In fact, for affordable housing experts, that’s where the real problem lies: many people can’t afford homes, and a small market adjustment won’t do much to help them — the problem runs too deep, said Rawley Van Fossen, who leads the Capital Area Housing Partnership.

“I don’t know that that (market drop) is going to be big enough for low to moderate income families to then take advantage of that,” he said.