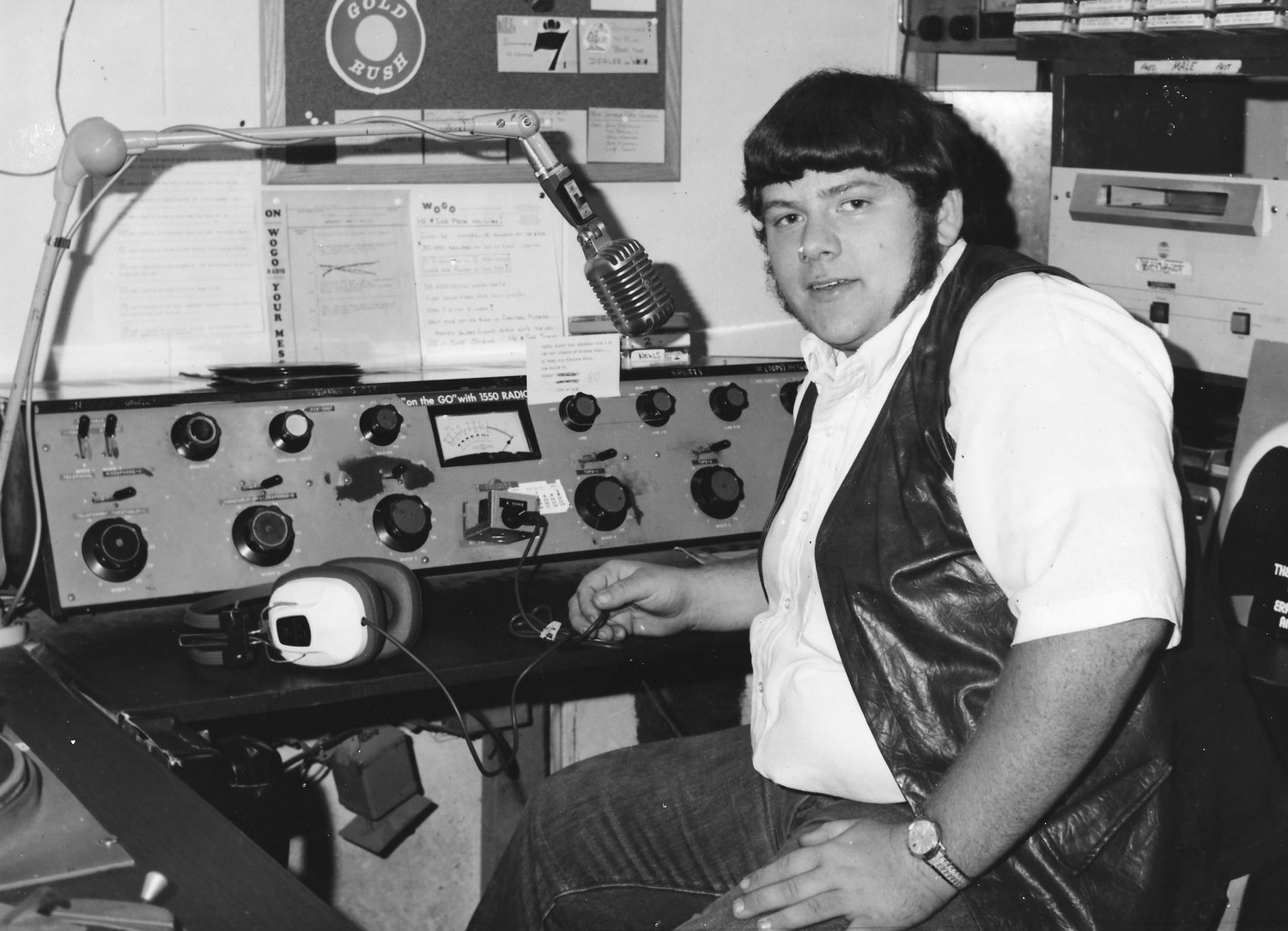 Brent Alberts started his radio career in 1968, when he was 16 years old.
Courtesy 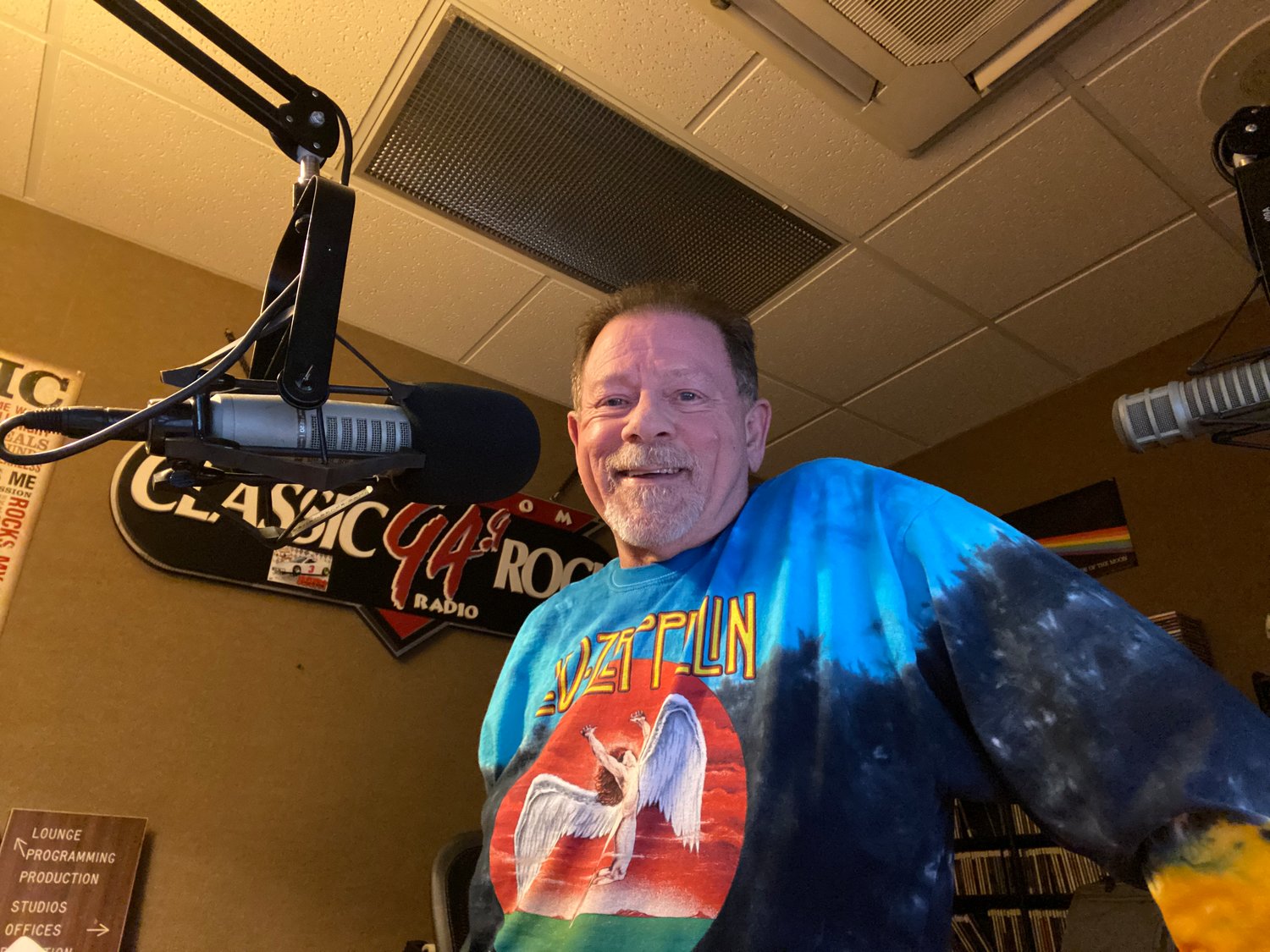 Every Saturday night, Brent Alberts, better known by his radio name Wally Londo, walks into 94.9 WMMQ-FM as local listeners light up the station’s phone lines with requests for some obscure songs rarely heard on terrestrial radio.

The program, “All Request Saturday Night,” is a rarity these days thanks to computers replacing actual DJs, but Alberts’ passion has not waned. From 7 p.m. to midnight, he holds the torch for old-school radio programming by actually interacting with local listeners — and having the freedom to delve deep into the station’s music library.

“We get into some very deep progresses and classic rock tracks you probably would never hear on the radio,” Alberts, 69, said about the long-running program. “It’s a show that’s pretty unusual. We focus on playing music you don’t hear on the radio anymore … secondary or tertiary songs off albums.”

While many locals know him as one of the voices on WMMQ, Alberts has been making waves for decades. His first 10 years of life were in Atlanta, then his parents moved down to Florida. At just 13 years old, Alberts’ mother would drive him to an area radio station, where he'd burn the midnight oil learning how to run the board. By age 16, Alberts got his first gig at WOGO-AM, a station out of New Smyrna Beach, Florida.

After high school, Alberts worked at stations all over the country, “from Miami to Seattle.” In 2002, he made the move to Michigan, programming WLAV-FM, a classic rock station in Grand Rapids. He was later moved to Lansing, where he was operations manager of six radio stations. Alberts also spent time in Detroit programming for WCSX-FM, yet another classic rock station.

Looking back, Alberts said his funniest radio memory is when he interviewed actor and comedian Tommy Chong in Nashville. Though, according to Alberts, most of his war stories would only be funny to fellow radio people.

“If you can think of it, it’s probably happened in radio,” Alberts said. “It’s a pretty crazy business, but it’s become quite tame lately.”

After a brief break from radio work, Alberts moved back to Lansing in 2014, and took over the “All Request” reins in October 2014, after working at various other stations. The interactive show has been a constant on Capital City airwaves since its creation in 1985, when it was established by Larry Estlack, better known as DJ Larry Allen, who died in December 2013.

Although Alberts technically retired from full-time radio last year, he said he continues to do the request show because it’s “a labor of love.” While radio formatting has no doubt become less of a personal experience with its listeners over the last two decades, “All Request” maintains a close connection with its loyal audience.

“I have some of the most fantastic listeners you could ever have,” he said. “They’re dedicated. They’re there every week. They contribute. And, they basically pick the playlist for me every Saturday.”

Recorded at the Townsquare Media station in Lansing, Alberts said he appreciates his callers taking the time to request long-forgotten nuggets from rock ‘n’ roll’s past.

“A lot of people try to dig up songs they heard many, many years ago and have not been able to find or hear since then,” he said. “That’s one of the things we specialize in: trying hard to find songs.”

He estimated a majority of his audience is over 40 years old, since ARSN concentrates on tunes from the ’60s, ’70s and ’80s. Though, many “classic rock” stations nowadays have moved on to playing music from the ‘80s and ‘90s, like U2 and Pearl Jam, Alberts noted.

Alberts said he plays up to 50 requests a night — so long as callers don’t continually request 20-minute-long epics like Pink Floyd’s “Echoes.” But even those colossal requests are filled. The radio station “exercises no editorial control” over the show, giving Alberts the freedom to do and play whatever he wants.

The show also features segments like “The Vinyl Cut,” headed by Christopher Wardell, a Lansing music scene vet. Wardell stops in monthly to share records from his personal vinyl collection. Wardell said he has been listening to the show since his high school days in the 1990s. Even then, it was becoming a rarity.

“It was the only show I knew of that was live and call-in and request,” Wardell said.

Spinning LPs on Allen’s original turntable at the WMMQ studio is “a little nerve-wracking” at times, Wardell said, but he’s always eager to see how Alberts will react to the music. The reaction is almost always positive, unless Wardell plays a record from KISS, one of Wardell’s favorite bands — but a band Alberts openly “hates.”

In the age of music streaming services like Spotify and Apple Music, Wardell said Alberts brings an “important human element” to radio. Their on-air chemistry is clearly heard as records spin and the two “jam and hang out,” Wardell said.

“The thing I love about Wally’s show is that it’s five hours long, and you never know what you’re going to hear,” Wardell said. “It could be the deepest Beatles track or something weird, like Captain Beyond or Captain Beefheart. Who knows?”

Occasionally, Alberts said, he’ll play a one-off from the Top 40. But he tries not to be too repetitive, for the sake of his loyal listeners — no matter what research reports say he should play. “Radio stations do a lot of research to find out what songs people want to hear the most, and so they play the popular ones over and over,” he said.

Now that he’s retired from full-time radio programming, he said he has more time to dig in and listen to an array of music — and his show is a reflection of that love of music, popular or not.

“‘All Request Saturday Night’ may not have a huge audience, but the audience that listens, listens for two to three hours at a time, which is pretty much unheard of,” said Alberts, who added that, according to research, the average listener typically spends a fraction of that time on a radio station.

With over 50 years in radio, Alberts has endured the evolving radio business, which he describes as “ever-changing.” Nowadays, he said, the field has gotten “a little more greedy” as media giants buy up smaller stations and things become more corporate. Alberts added that there’s “not a lot of personality and freedom on the radio” like there was at one time.

“That’s one of the reasons you don’t hear as many local air talents as you used to,” Alberts said. “Computers have completely changed radio.”

But, no matter how the market shifts, it will never diminish his love for music and the art of broadcasting.

“It’s an honor to be able to carry on Larry’s tradition of doing this show,” he said. “It’s fun and enjoyable. It’s not work for me, at all. I can’t think of anything more fun to do.”