The U.S. Geological Survey watches from a boat as the Archimedes screw is installed.
Scott Miehls 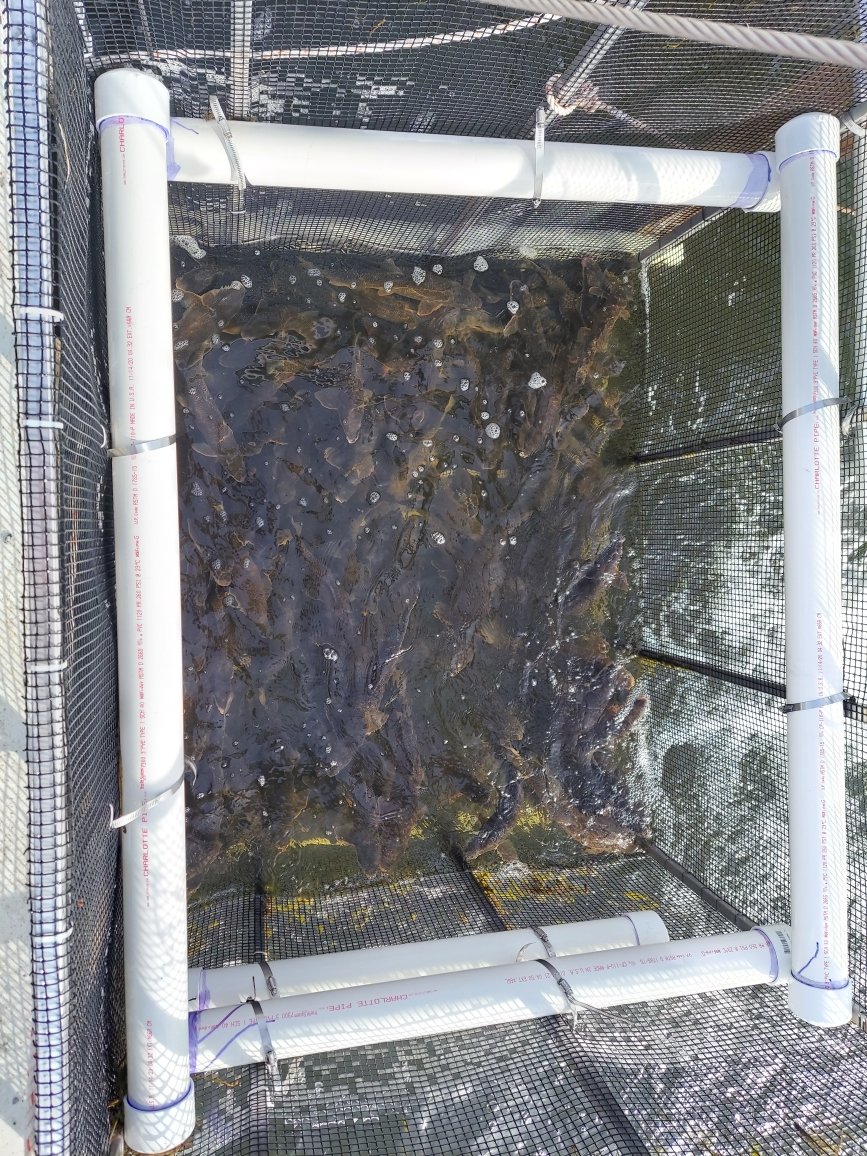 LANSING – In the course of 11 days, a device dating back to 234 B.C. successfully captured 704 fish and lifted them into a collection basket as part of a project to determine if the method could be used in the future to move fish across dams without injury, a recent study found.

According to lead researcher Daniel Zielinski of the Great Lakes Fishery Commission in Traverse City, the Archimedes screw is a promising solution for lifting fish over low-head barriers – such as concrete blocks – into an optical sorting device.

The purpose is to prevent the upstream movement of the invasive species known as the sea lamprey.

With their large round mouth and sharp, curved teeth, the eel-like sea lamprey prey on native fish such as lake trout and whitefish in all five Great Lakes.

The commission says 433 streams and tributaries of the Great Lakes are known to produce sea lamprey.

Applying the lampricide TFM to kill sea lamprey larvae is the primary method for controlling them.

However, strategic barriers have also been put in place to prevent sea lamprey from spawning. Experts have turned to manual trap-and-sort systems, but they have been deemed time- consuming and detrimental to native fish health.

While the new technology has proven successful at separating fish, it was also necessary to test a device that could effectively transport fish over barriers, Zielinski said.

“The Archimedes screw is a fairly rudimentary tool which can lift water quite easily,” Zielinksi said. “Anything that’s in that water can also be lifted. They’ve actually been used in Europe and the Southwest as fish-friendly hydropower systems.”

The device – also known as a water screw – is named for the ancient Greek inventor and astronomer Archimedes, who never claimed to have invented it.

An Archimedes screw has at least one blade around a central shaft and is surrounded by a fixed or rotating outer cylinder. According to the study, “While the screw rotates, water and fish are entrained in the bucket and transported upstream.”

The prototype fish lift was tested at the Cheboygan Dam, about 1½ miles upstream from where the Cheboygan River empties into Lake Huron.

The experiment “showed that a mixture of migratory Great Lakes fish could
be successfully transported with no observed injury or mortality,” the study said.

Zielinski said that while the Great Lakes’ restoration action plans call for the removal of barriers on rivers, it can be problematic.

“If we start removing those barriers to improve the movement of native species, you have unintended consequences for invasive species, and that causes other issues,” Zielinski said.

“Having tools that can selectively pass fish becomes very important because they need to restore conductivity for desirable species, but also controlling invasive species.”

Not to mention, the dams have created a supply of drinking water.

An expert on fish migratory behavior, study coauthor Scott Miehls of the U.S. Geological Survey, said traditional reliance in the Great Lakes on fish ladders to get over barriers isn’t effective for most fish.

“Our fish just aren’t capable of doing that,” said Miehls, who is based at the Hammond Bay Biological Station in Millersburg.

“When people think of fish ladders, they think of salmon on the West Coast jumping up the steps of the fish ladder to clear around a hydropower dam. The fish that we’re looking at like suckers and walleye – the fish that are native here in the Great Lakes – really are not great jumpers,” he said.

For the longest time, fishery managers have faced a Catch-22, Miehls said.

“They’ve got this conundrum of being tasked with stopping the spread of invasive species, which requires a barrier, but at the same time, reintroducing fish or connecting Great Lakes tributaries back to the lakes themselves to open up habitat for migratory fish species,” Miehls said.

“We’re trying to give managers a tool they can use to still block fish at these barriers but allow for some conductivity with our native species,” he said.

Zielinksi said that when it comes to a fish’s ability to move upstream, hydraulics is key, “The  Archimedes screw is essentially pumping the water so it flows in the opposite direction as the fish moves.”

Zielinski said. “It’s supposed to signal to the fish that this is an alternate path upstream. With the dam, the fish are essentially hitting a wall, and they’re just trying to find whatever they can to continue upstream to complete their normal life cycle.”

According to Miehls, the project was intended simply to check the concept. Now the team is using an additional $58,000 in funding to create a free-standing unit further downstream to see how it impacts which fish enter the imaging device. They plan to break ground in spring 2023.

The study appeared in the journal Water.

Editor’s note: This story was updated on Nov. 27, 2022, to clarify how the project captured and lifted the fish.