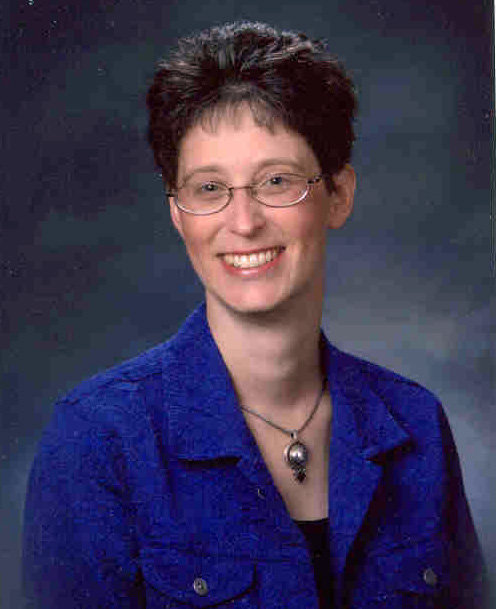 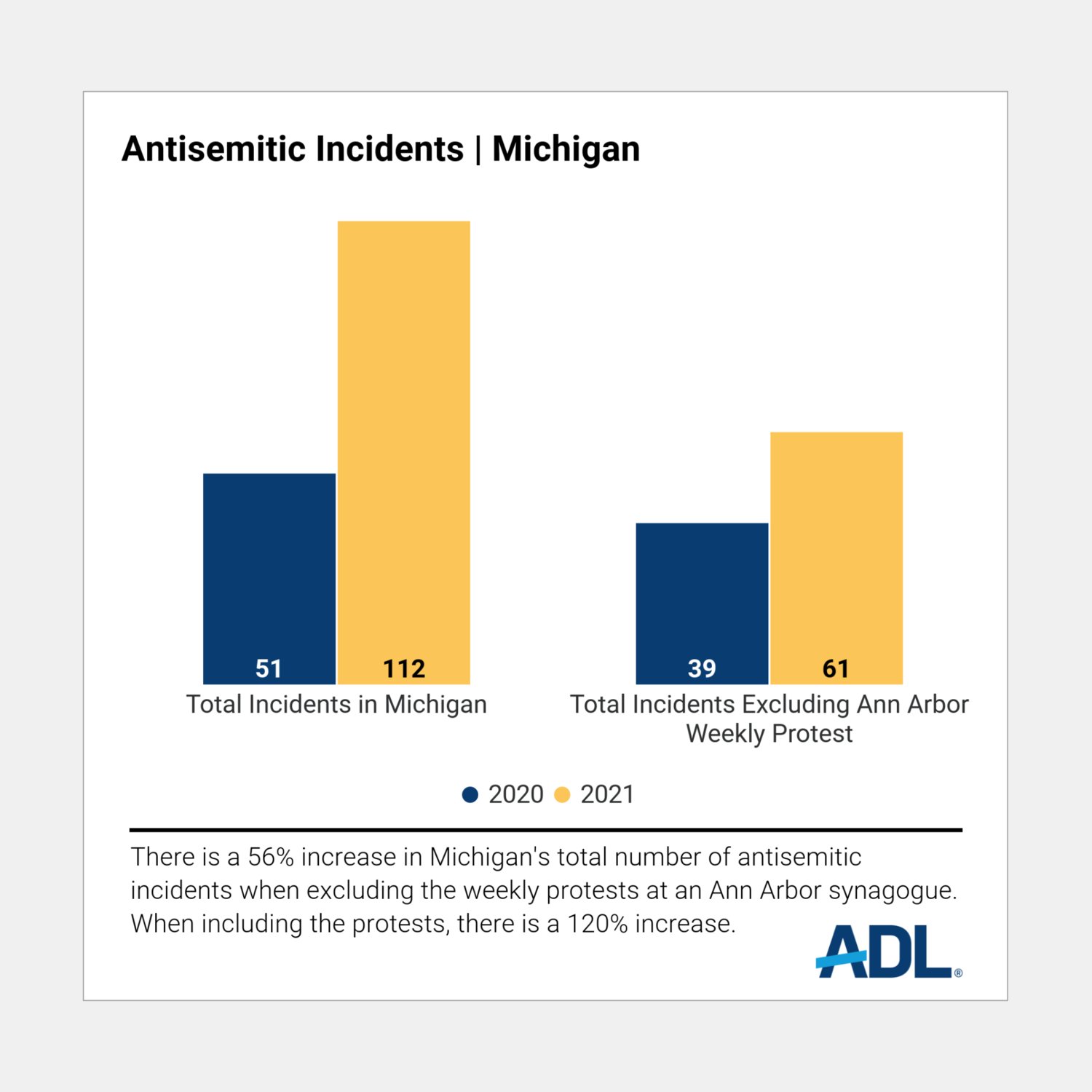 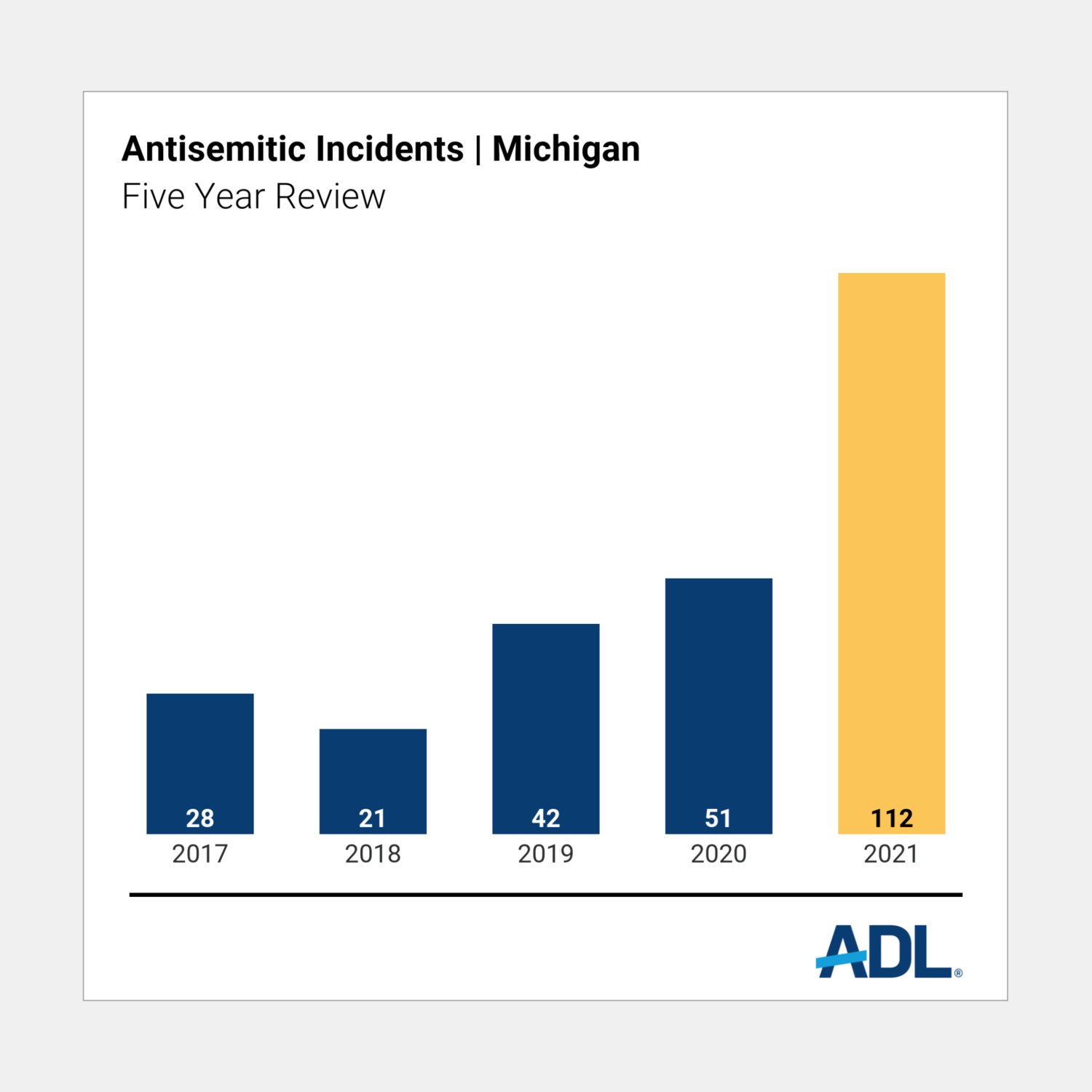 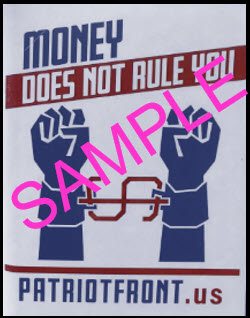 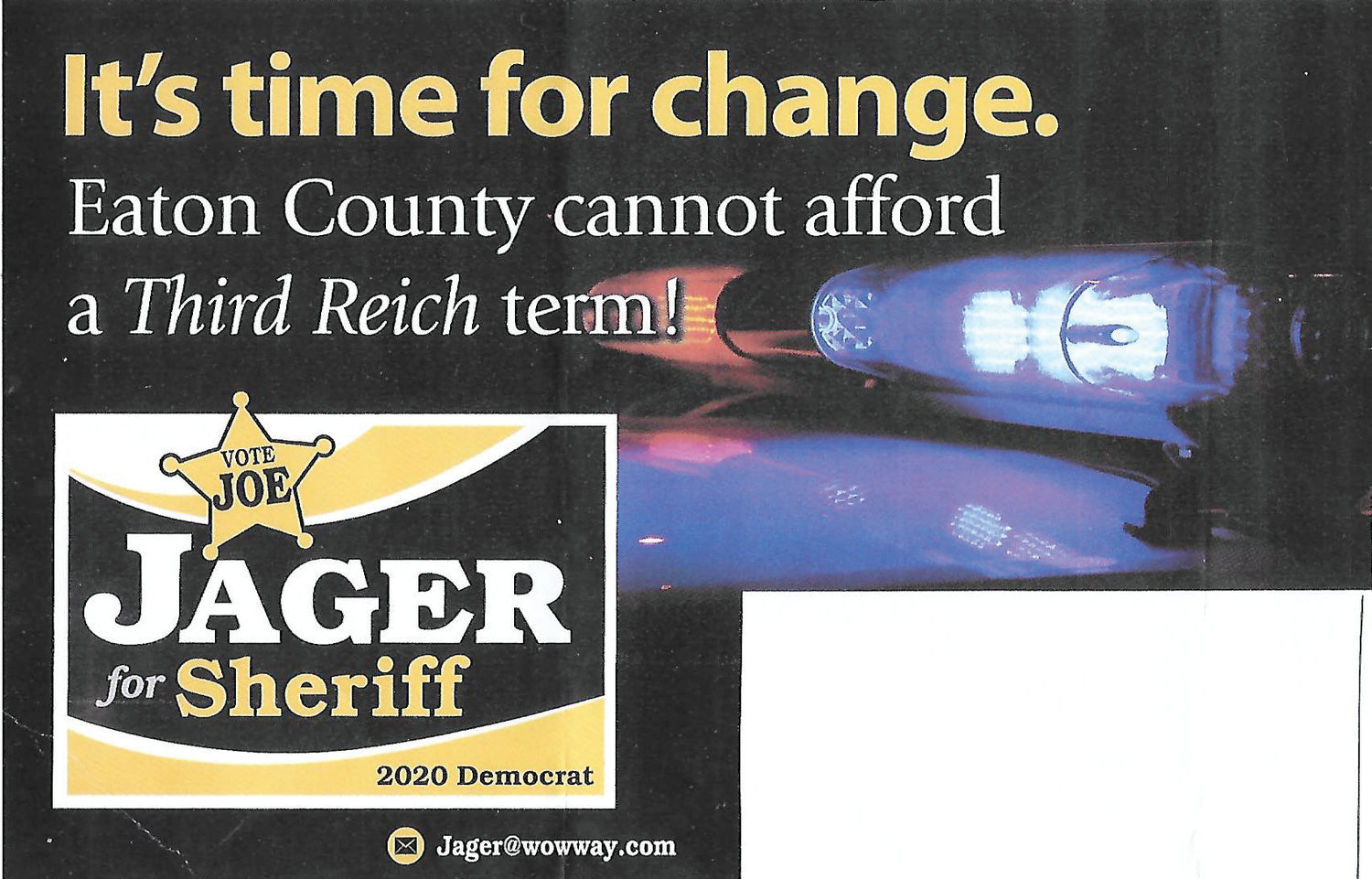 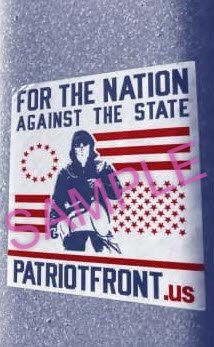 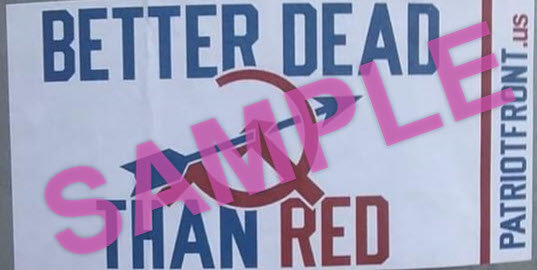 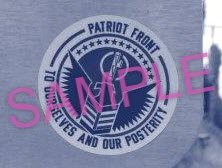 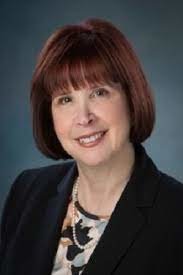 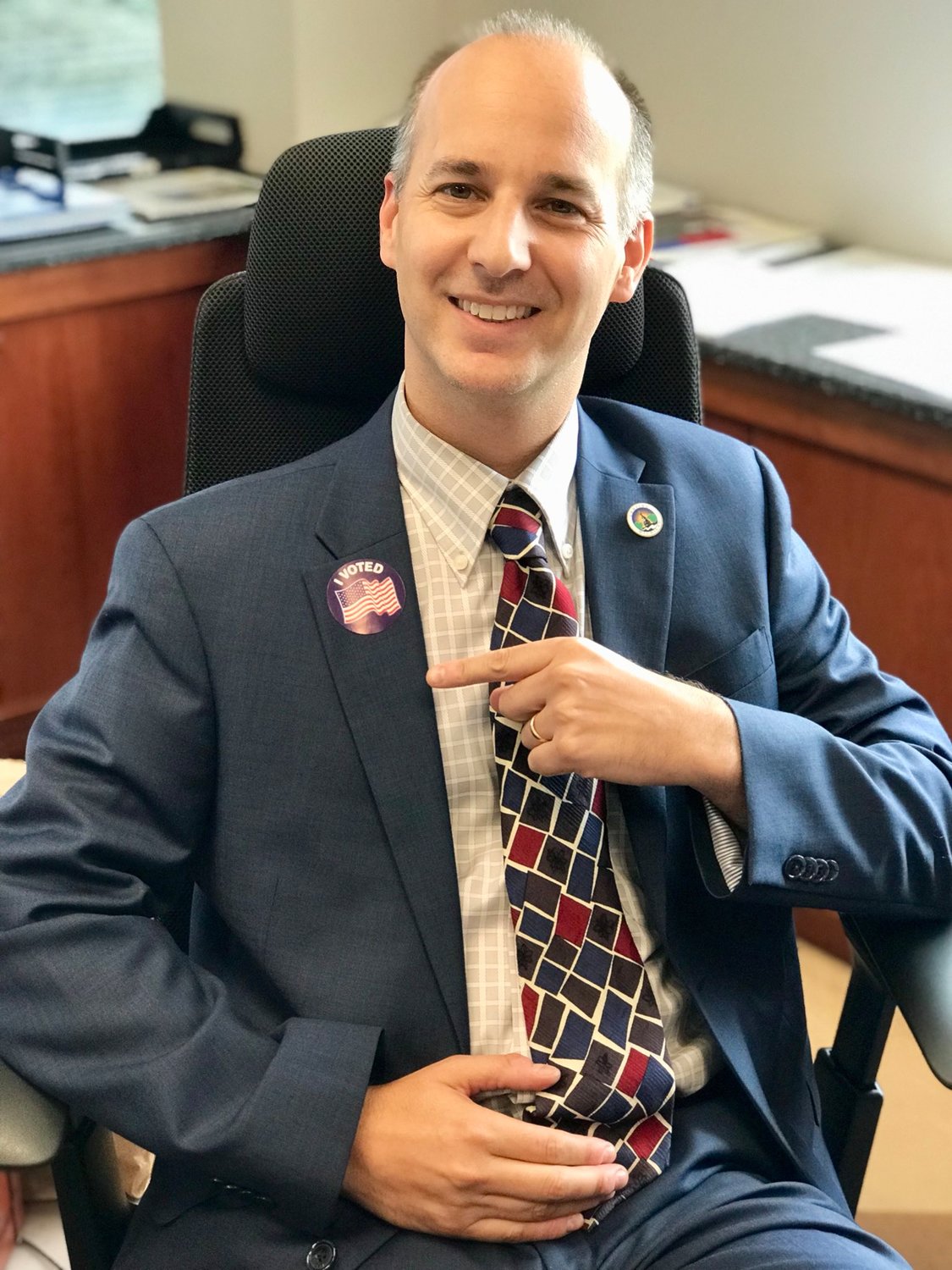 Antisemitic behavior is on the rise across Greater Lansing, according to the Anti-Defamation League.

It’s an increase that’s mirrored in trends across Michigan and the country, which saw more than 2,700 instances of bigoted harassment and vandalism reported to the ADL last year — up 34% from 2020 and the most reports since it started tallying them in 1979. In Michigan, incident reports more than doubled from 51 in 2020 to 112 in 2021.

“Hate crimes of any sort — whether antisemitic, racial, ethnic, gender orientation or any other reason — are all reprehensible,” he said. “This new data shows the continuing pandemic trend of anger and aggressiveness from a small minority of people who feel empowered to target others. Fortunately, I truly believe that Lansing is a welcoming community and know that a great majority of our residents do not stand for this behavior.”

The ADL separated incidents into two categories: harassment, where Jews reported feeling harassed by antisemitic language or actions; and vandalism, where physical property was damaged (or spray painted) in a way that harmed or intimidated Jews. Antisemitic assaults would normally be a separate category, but none were reported last year in Michigan.

“The data reflects a disturbing all-time high, both in our state and across the U.S.,” ADL Michigan regional director Carolyn Normandin said in a press release, which also noted that an average of seven incidents were reported daily across the country last year and that Michigan recorded more bigotry than 45 other states and Washington, D.C. Only New York, New Jersey, California and Florida surpassed Michigan.

In Michigan, hundreds of antisemitic incidents the ADL tracked over the last two years were reported in almost every major city and county, several colleges and universities, and even some far-flung municipalities miles north of the Mackinac Bridge.

The tri-county region of Ingham, Eaton and Clinton counties accounted for dozens of those reported incidents, most involving vandalism. None involved physical assault.

The vast majority were in East Lansing and Lansing, mostly literature, propaganda and other hateful symbolism from the Patriot Front, an image-obsessed white supremacist group that the Southern Poverty Law Center says promotes an explicitly fascist political agenda with theatrical rhetoric and garish patriotism.

Court records showed that Ingham County Prosecutor Carol Siemon has brought charges in seven cases that involved felony ethnic intimidation since she took office in 2017, including one in 2018 that involved antisemitism. It did not result in a conviction. The case involved a person harassing a Jewish person with threatening messages, references to Adolf Hitler and the Holocaust. Because of the offender’s age, specific details regarding the case have been sealed from public view.

Here’s every incident of antisemitism in the tri-county region that was listed in the ADL’s report, supplemented with additional data from media reports and local law enforcement agencies:

January 2020: Patriot Front distributed propaganda  in Lansing that read: “Money does not rule you,” “Reject poison” and “Life Liberty Victory.” The white nationalist hate group formed after the 2017 “Unite the Right” rally in Charlottesville, Virginia, the Southern Poverty Law Center said. Its public “manifesto” includes a call for the formation of a white ethno-state and is reportedly explicit in its exclusion of people of color from its conception of pan-European identity. The group’s leaders also reportedly keep a fairly tight watch over their members, requiring regular activism (like littering propaganda across their cities) or they risk expulsion.

About one in five applicants have current or former military status, according to archives released to a nonprofit media organization and reported by NPR.

February 2020: A member of the Pi Kappa Alpha fraternity at Michigan State University spray-painted a swastika on the grounds of the fraternity, which suspended him. Nationwide, there were least 155 antisemitic incidents at colleges and universities at more than 100 campuses in 2021, — a 21% jump from 2020. Reports showed that Michigan State University played host to at least a dozen more incidents.

March 2020: Joe Jager, a candidate who was challenging Eaton County Sheriff Tom Reich in the Democratic primary, sent out thousands of flyers that declared electing Reich to a third term would constitute a “Third Reich,” a play on words with the Nazi regime of Adolph Hitler. Jager insisted that he meant no harm.

May 2020: ADL tracked an antisemitic “harassment” incident in Bath. No additional details were available.

Oct. 2020: A Zoom meeting hosted by Congregation Kehillat Israel on Forest Road in Lansing was briefly interrupted by a white man wearing a mask, police said. The man reportedly stood up, exposed himself and yelled antisemitic slurs before he was removed. At least 525 incidents of antisemitism nationwide were reported as occurring at Jewish institutions such as synagogues last year, up 61% from 2020. Many reports, like those in Greater Lansing, involved harassment, mostly in virtual forums.

“The fact that antisemitism is on the rise in our country and elsewhere is no surprise,” said Rabbi Amy Bigman at Congregation Shaarey Zedek in East Lansing. “Our congregation and the Jewish community as a whole remain vigilant. Over the years synagogues, Jewish community centers and other Jewish organizations have invested heavily in security measures.”

Bigman didn’t elaborate on those security measures, but she said they have been costly.

“It’s very distributing, and it saddens me to know there are people out there who hate us simply because of our religion. I continue to teach that all people are created in God’s image and should be treated accordingly.”

Patriot Front also distributed more propaganda in Lansing, this time reading: “Reclaim America,” “America is not for sale,” and “Life Liberty Victory,” according to the ADL’s latest audit.

November 2020: America First podcaster Nicholas Fuentes participated in a “Stop the Steal” rally in downtown Lansing. "We have the president of the United States standing up to the banks, standing up to the mainstream media, standing up to the big tax and the Democrats and the synagogue of Satan," Fuentes reportedly said. Jews have long been portrayed as possessing horns and other Satanic attributes in antisemetic materials.

Patriot Front flyers were seen in Lansing: “America First” and “For the nation against the state.”

December 2020: Patriot Front propaganda cropped up in Dimondale and Potterville: “Revolution is tradition,” “One nation against invasion” and “Better dead than red” flyers directed readers via QR code to the hate group’s website and its online manifesto.

Additional Patriot Front flyers appeared in Lansing a week later: “Reject poison,” “Reclaim America,” “Stolen not conquered” and “To ourselves and our posterity.”

April 2021: Both the ADL and Lansing police tracked another Zoom meeting interruption at Kehillat Israel by someone who yelled antisemitic slurs.

May 2021: More Patriot Front propaganda is discovered in East Lansing. The ADL cited the conflict between Israel and Hamas as greatly heightening tensions across the globe last summer. The Michigan office received 13 incident reports that month, not all antisemitic.

“Roughly half of those were anti-Jewish or antisemitic,” Normandin said. “The other half was a mixture of anti-Black, anti-LGBTQ, anti-Asian and anti-Muslim hate — by far the highest number of incidents reported in Michigan and a deeply troubling indicator of larger societal fractures.”

July 2021: A mural beneath a bridge in St. Johns was reportedly defaced with swastika graffiti.

Aug. 2021: A string of Patriot Front propaganda and vandalism is discovered across the Greater Lansing area, with separate incidents reported in Fowler, Eaton Rapids, East Lansing, Haslett and Ovid.

September 2021: Another string of antisemitic incidents occurred at MSU after the fall semester began:

Also that week: An artistic tribute to the 20th anniversary of 9/11 on the famous campus rock was defaced. The word “never” from the phrase “never forget” was etched out, and the word “Israel” was spray painted over an image of the American Flag. No suspects were found.

November 2021:A targeted focus of Patriot Front literature distribution was reported in Lansing, specifically at Lansing Community College. Another large banner was also found on an overpass in Lansing.

May 2022: Rabbi Bigman said a congregant recently discovered multiple antisemitic flyers. She declined to provide images or elaborate on the nature of the materials except to call them “offensive.” ADL officials said the materials were related to another antisemitic group called the Goyim Defense League.