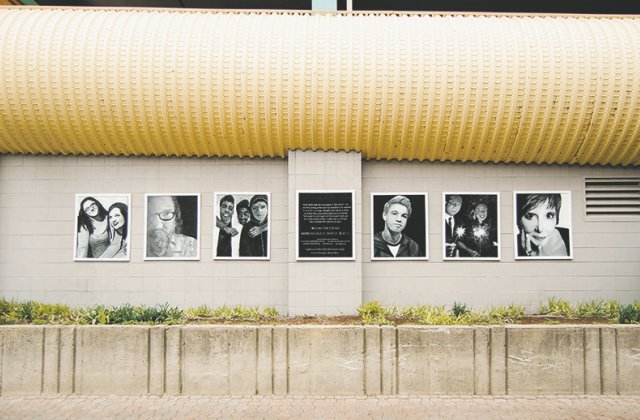 No arrests have been made about a week after Alan Lavon Jackson, 27, of Lansing, was found shot dead at a home on the 2000 block of Beal Avenue early Thursday (April 14) morning. Police are searching for clues as the investigation continues. Call 517 483-4600 to report tips.

Lansing Community College Police Sgt. Tim Davis and student Jazlynn Trevino were the latest recipients of the college’s “Life Saving Awards.” Davis talked a person down off the ledge of the Saginaw Street Bridge last year. Trevino helped to find urgent medical treatment for an older man who had collapsed from diabetes-related complications last May.

MSU Assistant Professor Caitlin Cavanagh (who recently applied but was turned down for a First Ward appointment to the Lansing City Council) was appointed to the Lansing School District’s Board of Education to fill a seat that was recently vacated by Nathan Burroughs. The appointment lasts six months. Cavanagh must run in November to retain her seat.

Officials at MSU and the Ingham County Health Department have partnered to open another COVID-19 vaccine clinic from 2-7 p.m. April 25 at the Breslin Center. Schedule appointments online at hd.ingham.org/coronavirus. Walkins are also welcomed. Park in Lot 63.

The small city of Potterville, population under 3,000 residents, is set to see some significant growth next year after developers announced plans to build a new 80-home subdivision on the north side of the city called Cambria Ridge, reports FOX 47 News.

Curbside collection of yard waste begins on Monday (April 25). Bagged yard waste should be placed on the curbside or driveway only on scheduled collection days — and not any earlier. View the yard waste calendar online at lansingmi. gov/CARTschedule to find collection dates.

The East Lansing Public Library is hosting an online auction fundraiser through Monday (April 25) where residents can bid on dozens of gift baskets donated by local businesses and patrons. Visit 32auctions.com/elpl to place a bid. Proceeds will go toward enhancing youth programs.

A new five-story “luxury” senior living housing complex called Red Cedar Lodge announced plans to open this summer at the Red Cedar redevelopment project. Officials there said they expect the place to fill up rather quickly as more and more Baby Boomers retire every day.

Lansing Mayor Andy Schor announced plans to spend nearly $49 million that was appropriated to the city through the American Rescue Plan Act. Highlights include $4 million for the Equitable Economic Development Program to assist local minority-owned businesses; $3.2 million to upgrade several parks and recreational facilities; $1.4 million to various community groups as recommended by the NAACP and another $2 million for the City Council to spend as it wants.

Gerald Skeltis, a former farm manager for the College of Agriculture and Natural Resources, received a $106,000 settlement from MSU after alleged in a lawsuit he was fired because of his age (69) and as retaliation for reporting illegal pesticide use, reports the Lansing State Journal.

Developer to build apartments on plaza

City officials in Grand Ledge are in talks with developers who want to construct a 50-foot-high apartment building at the vacant chunk of land that is Bridge Street Plaza, reports FOX 47 News. The city has already approved about $30,000 to facilitate the redevelopment project.