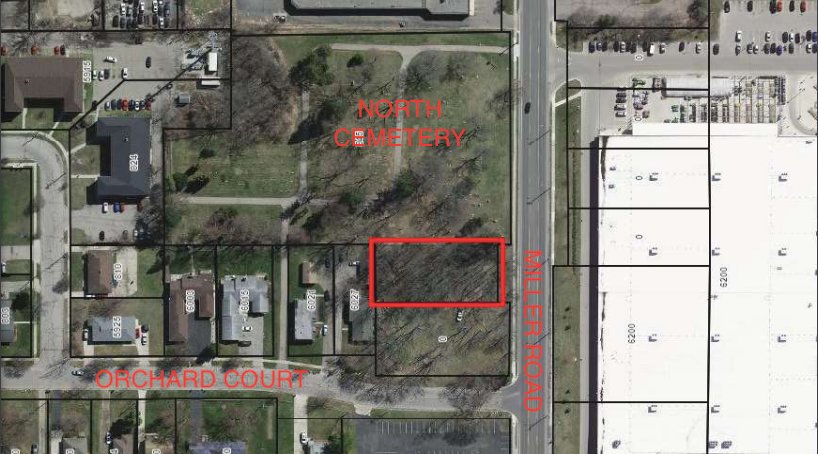 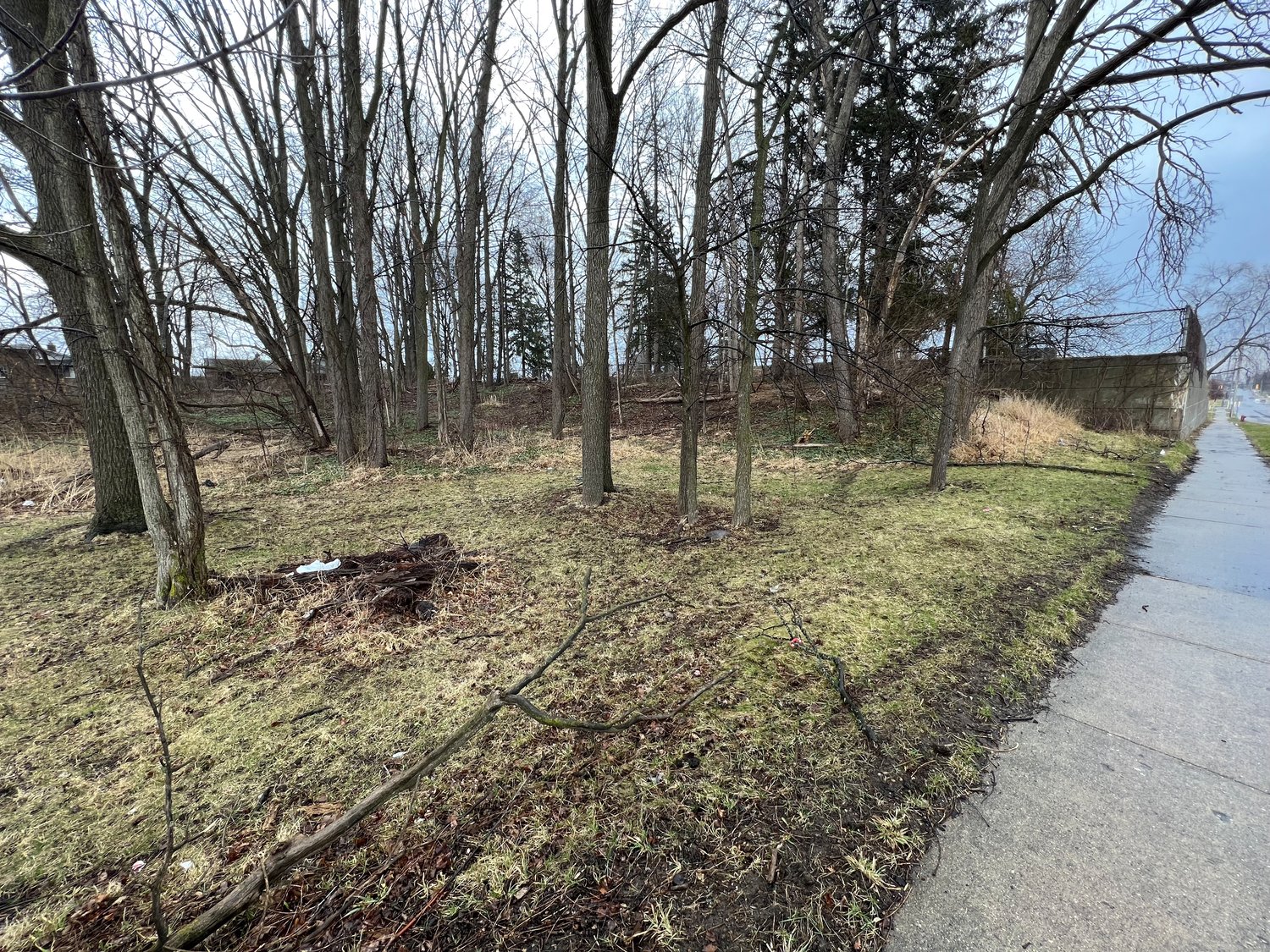 THURSDAY, March 31 — Lansing voters could decide in August whether city officials can sell off a vacant slice of city-owned land that abuts the western end of North Cemetery, possibly enabling a two-story apartment to be constructed at the site along Miller Road in South Lansing.

Lansing Mayor Andy Schor sent a request for a ballot proposal to the City Council on Monday for the Aug. 2 primary election. Here’s how the plan could work:

A rectangular wedge of vacant residential land along Miller Road — directly west of North Cemetery — was donated to the city in 2003. The property owner, at the time, requested the parcel be joined with the cemetery as a burial site for cremated remains. City officials accepted, knowing if nothing else, it could always serve as a buffer for the cemetery.

The City Council designated the property as part of the cemetery in 2004. The extra space for cremation burials, however, was never needed. And for the last 18 years, the grassy, wooded, unlevel and entirely undeveloped property has sat vacant, mostly to collect piles of trash on windy days.

Measuring in at 188 feet by 90 feet, the parcel is far too small to be used for park space or any other meaningful standalone development, city officials said. So, now the city is now ready to sell the land — if only to save a few bucks on having to clean up the mess that regularly accrues on the site.

But because it’s technically designated as a cemetery space, the City Charter requires voters to weigh in before it can be sold. Schor’s proposed ballot initiative, if reviewed and approved by the City Council next month, would bring the issue to the polls.

What if it passes?

If it’s approved, city officials estimate that they’ll be able to collect less than $5,000 for the third-acre plot (just north of Meijer) and possibly offload it to a nearby developer to construct an apartment building.

One of those would-be developers — Ray Garcia of VMG Construction — is already waiting in line with a checkbook.

Garcia told City Pulse he plans to break ground this year on two two-story apartment buildings on Orchard Court, directly west of the site. He thinks he could build a third building there too, if only he had a little more space.

So, he approached city officials about the idea months ago. And Schor's administration agreed to bring the idea to the ballot for a citywide vote.

“Basically, the chances are slim but I wanted to have the potential to do it,” Garcia told City Pulse. “The plans for the two buildings are approved and a third might be possible, but I’m not sure. I don’t want to scrunch too many buildings in there. It could also just stay green space.”

He added: “Either way, I’d be interested in purchasing the property.”

Though the ballot proposal was crafted with Garcia’s development plans in mind, Parks Director Brett Kashinske emphasized that the sale negotiations are not part of the ballot proposal. The voters simply decide whether the deal is possible; City officials handle the transaction details — including who gets the property. The ballot language does not bind the city to any one particular developer, Kashinske repeated.

Garcia said he’s in the midst of building at least a dozen other homes across Lansing. His construction plans on Miller Road include two 1,200-square-foot buildings with a total of eight rental units. Acquiring the additional space would allow him to consider another four apartments.

“It’s definitely not going to be affordable housing,” he said. “I’m sorry, but that won’t work here.”

Garcia added: “Not luxury, but my plan is to make it much nicer than other options in the area.”

The city’s Parks Board and Planning Board has already approved the potential sale.

The board of the Friends of Lansing’s Historic Cemeteries also supports the ballot measure — but only if all of the proceeds are dedicated to North Cemetery improvements.

Friends President Loretta Stanaway said the cash could help fund a new sign at the Miller Road entrance, solar lighting, surveillance cameras and a $2,000 ground-penetrating radar survey of the old section of the cemetery to ensure that markers are placed in their appropriate location.

Kashinske said proceeds from the property sale — at least in theory — could be used to make improvements at the rest of North Cemetery. The city isn’t ready to make any commitments given the preliminary nature of the possible property sale, he said. Schor would need to allocate the funds in a budget recommendation or amendment, which is then approved by the Council.

Kashinske also emphasized: Lansing doesn’t need to worry about any bad juju from digging up graves. There are no bodies (or cremated bodies) buried on the portion that could soon be sold.

What if it fails?

Nothing. If it fails, the property will stay designated as a cemetery until voters say otherwise.