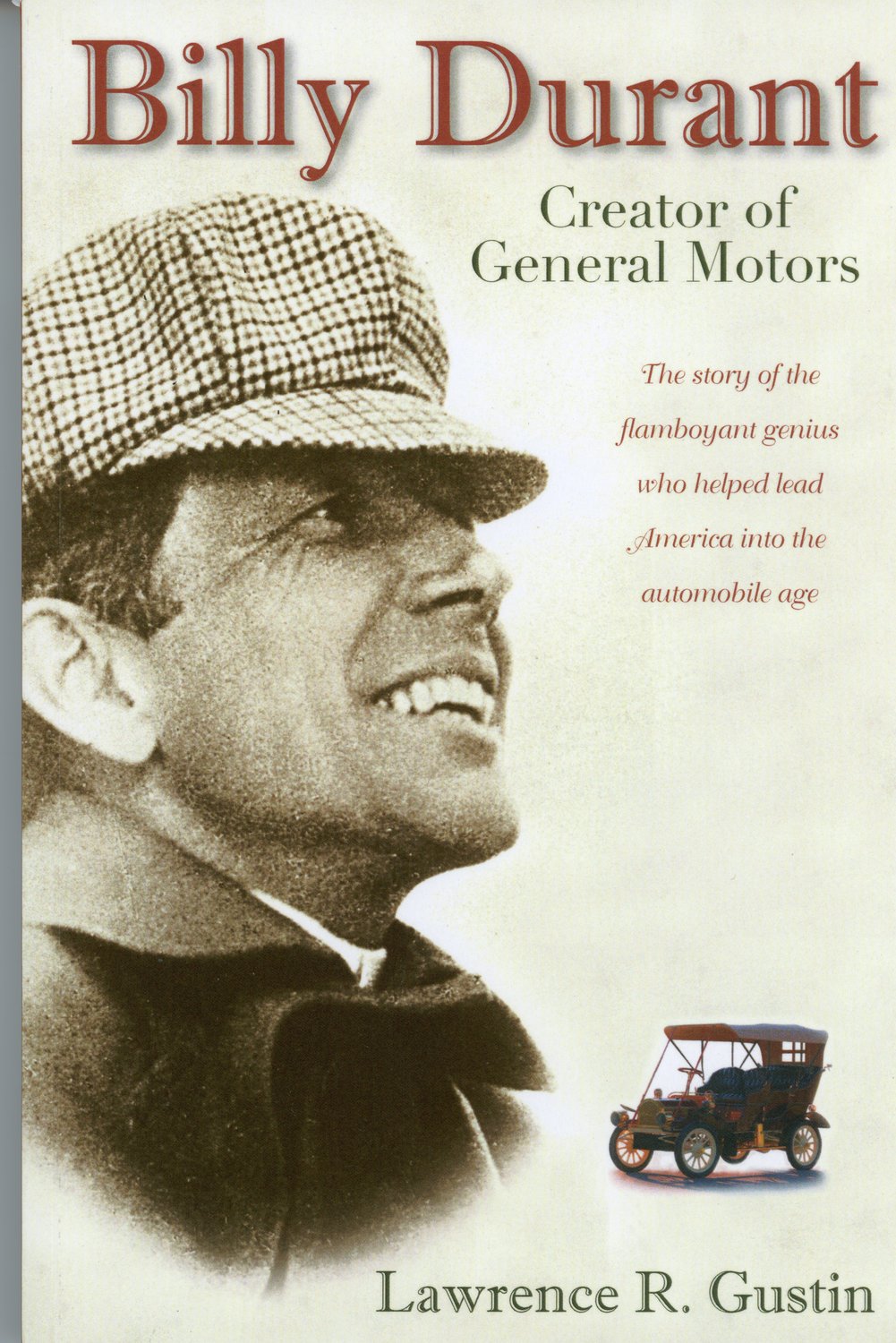 In Lansing, auto pioneer Billy Durant gets little recognition. His contemporary the late Ransom E. Olds, founder of REO Motors and Oldsmobile, dominates local automotive history discussions, has the R.E. Olds Transportation Museum named after him, and a festive parade “big head” designed in his honor.

Meanwhile, Durant, who founded General Motors and also purchased Oldsmobile, saving it from extinction during its early years, only has a street on the west side and a park near downtown named after him. That’s it, despite also founding and running Durant Motors Inc. in Lansing in 1922.

Sure, the R.E. Olds fanfare is totally justified. The iconic brand dominated the local economy for more than 100 years, while Durant only produced automobiles and trucks in Lansing for a little over 10 years.

But in his book, “Billy Durant: Creator of General Motors,” author Lawrence R. Gustin makes the case that Durant is arguably the “second most important person” in the automotive industry. He gives the nod to Henry Ford as the most important.

Gustin, an editor and writer for The Flint Journal for 23 years, wrote the book in 1973 and updated it in 2008. Published by the University of Michigan Press, it is still in print.

In it, Gustin writes that without Durant, “quite probably there would be no Buick or Oldsmobile today, and possibly no Pontiac or Cadillac. Durant had a hand, directly or indirectly, in shaping the beginnings of three of the four major automobile manufacturing corporations that exist today.”

He also details how Durant came very close to controlling Ford Motor Co after making an $8 million offer. The deal was scotched by the GM board and led to the dismissal of Durant.

Gustin goes on: “He dreamed great dreams and made them come true because he had unparalleled vision and courage, an iron will and a legendary charm.”

Durant’s success, despite being the grandson of Michigan Gov. Henry Crapo, was not preordained. Durant was born to a mercurial couple, and his father soon disappeared from sight. Abandoned, his mother moved to Flint to be with her family.

It was there Durant became a high school dropout who worked a series of unusual jobs selling cigars and, patent medicine and collecting payments for the local water company. Far from a silver spoon scenario.

In 1893, Durant’s life turned on a dime when he helped found the Flint Road Cart Co., which sold slick streamlined horse-drawn carriages. Working with local entrepreneurs in Flint, Durant helped turn the enterprise into one of the largest carriage companies in the U.S.

In 1904, his automotive career would take off like a GTO when he took over the fledgling Buick Motor Co. in Flint. In less than four years, he’d incorporate General Motors and buy the Olds Motor Works. However, in 1911 he would be forced by investors to give up control of GM.

Not to be deterred, Durant promptly co-founded Chevrolet and, by 1915, he amassed enough GM stock to regain control of GM. His shooting star would fall in 1920 after he lost control of GM for the final time.

By 1921, cars were rolling off the assembly line, which was located along a several-block stretch on the newly named Verlinden Avenue. The Star automobile became its most successful model, selling more than 10,000 cars in 1923. By the mid-1920s, Durant had plants humming in Flint, New Jersey, California, Indiana and Canada. More than 176,000 cars were churned out. The Lansing plant alone employed 1,500 workers with a payroll exceeding $3 million.

Following the 1929 stock market crash, Durant Motor Car Co.’s success story was nearing an end. By 1933, in a somewhat ironic move, General Motors purchased the former Verinden plant and used it for its Fisher Body plant, which operated until 2005.

Durant retired in Flint, where he opened a bowling alley and a drive-in restaurant. He died in 1947 nearly penniless. However, in 2013, Flint erected a sculpture of him in its downtown to recognize his accomplishments. Meanwhile, in Lansing, there are only three locations that can still be traced to Durant, including the former showroom on the corner of Verlinden and Saginaw Street, Durant Park (which has been adopted by the nearby neighbors who are raising funds for a performance stage), and Harry’s Place, which can trace its roots to Billy Durant, who threw some money in to build a café for his workers to eat. So while his legend is not looming as much as R.E. Olds — his memory indeed lives on in Lansing.