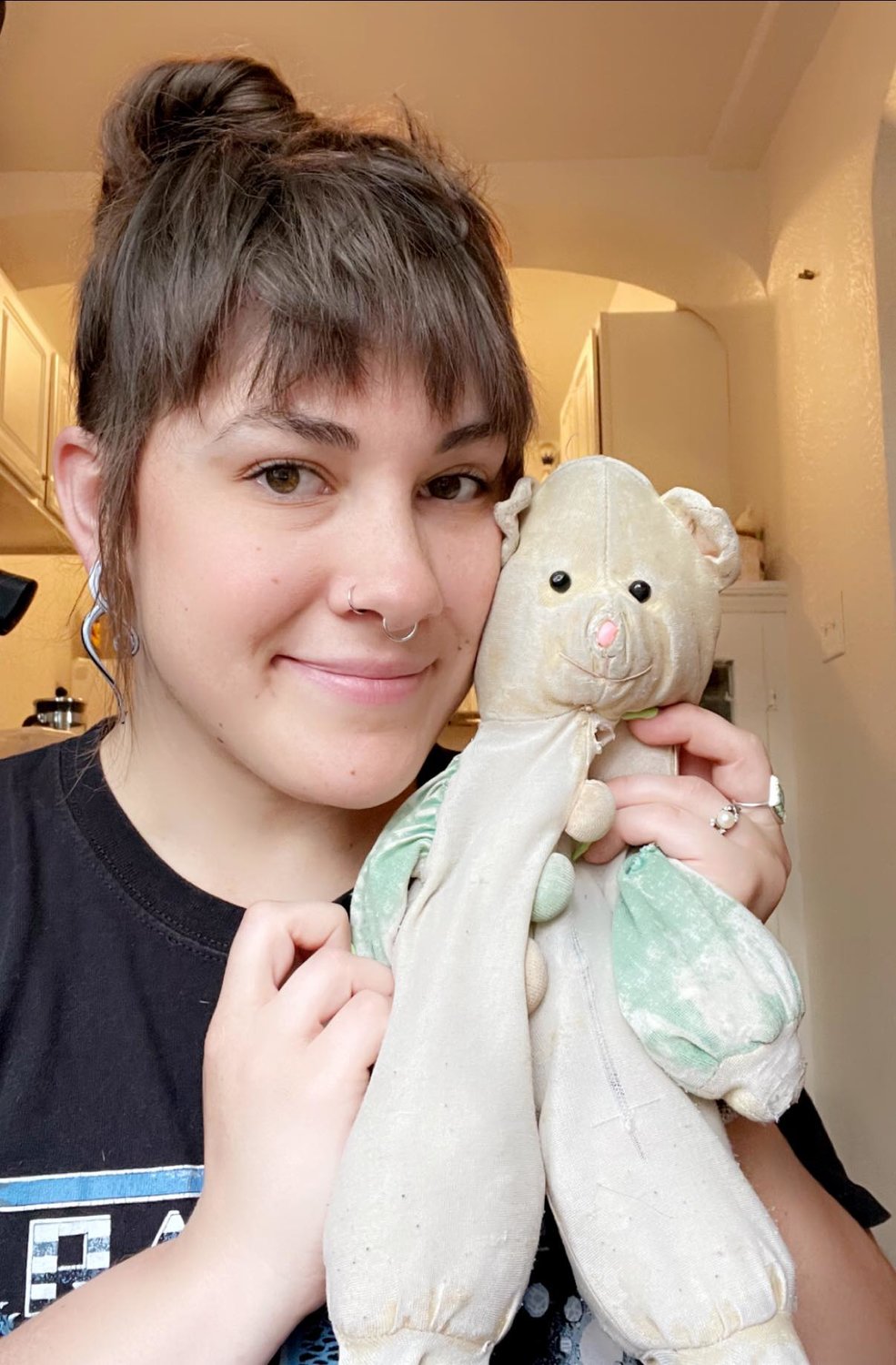 Charron McRae is a crew member for restaurants in town such as The People’s Kitchen. Her favorite thing is a childhood keepsake that helped keep her safe from stress and sleep extra peacefully.

My favorite thing is a stuffed bear named Bear Bear I got when I was just a 1 year old from my nana on my father’s side. I’ve slept with him pretty much my entire life. The only reason I’m still not using him as a sleepy-stuffy is because I have a new dog, so now he is safely tucked away.

My nana was hugely important to me. That’s my father’s mother. She was an artist and fashionista and had a very free spirit. Though she passed away when I was very young, I still feel very connected to her and the way that she passed down her characteristics onto me both hereditarily and through social interaction when I was younger.

Most of his stuffing is gone at this point; he’s kind of a shell of a bear. He’s got a lot of holes in him that were stitched up by mother when I was younger. He’s got plastic eyes and a nose that I used to chew on nervously. He’s been a tissue when I needed something to wipe up my tears or my snot. I left him at a couple spots when I was younger, and my parents would have to call them to have Bear Bear mailed back to me.

Something exciting that happened to me and Bear Bear was back in 2018 on a trip to Costa Rica to sit in on some ayahuasca sessions. We were supposed to bring something sacred to us, so I brought Bear Bear because he reminds me so much of not only my nana, but all my ancestral ties. It also reminds me of the Grateful Dead dancing bears. I held him while I was tripping on ayahuasca, and I had these visions of bears. That memory has always been a very comforting thing for me. We’ve traveled a lot together.

It doesn’t matter how worn down he is, sometimes I’ll still put him on top of a pillow when I make my bed. Keeping a sentimental object like that for so long can feel important. Bear Bear is probably the one thing I’ve owned for the single longest time in my life. Even if I lose him physically one day, like how we lose people in our lives, I will still carry on the spirit of Bear Bear and it will still be comforting for me.

I love Bear Bear because he has been with me during the hardest and best times of my life. He reminds me of the beautiful love that has been passed on in my family from generation to generation that I have carried and will pass on myself someday.

Interview edited and condensed by Skyler Ashley. If you have a suggestion for Favorite Things, please email Skyler@Lansingcitypulse.com