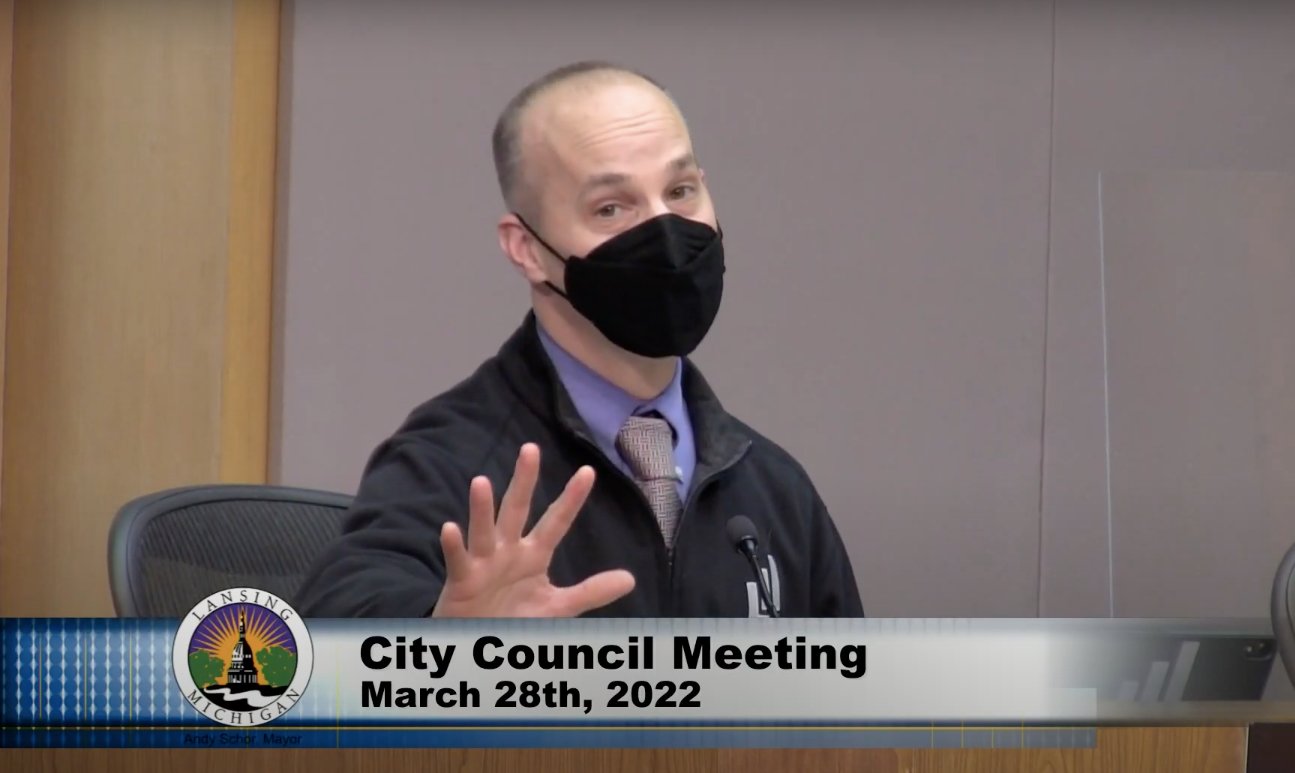 TUESDAY, April 11 — Lansing Mayor Andy Schor has been denied nearly $8,500 in pay raises by the City Council, which voted 6-2 last night to reject a decision from the Elected Officers Compensation Commission to bump up his salary by 3% annually for the next two years.

That means instead of Schor’s salary retroactively climbing about $4,200 this year to $143,800 and again by $4,300 in 2023 to $148,100 as prescribed by the commission last month, it will stay flat at $139,600 through the end of next year. Council President Adam Hussain and Vice President Carol Wood led efforts to reject the planned raises, arguing that any boost to Schor’s salary while many local residents struggle to earn a living wage wouldn’t make “financial sense.”

“You also have to look beyond city staff at the folks we represent,” Hussain said, insisting that because city’s residents have dealt with stagnating wages, the mayor should deal with them too.

Federal data shows the regional unemployment rate dipped from 4.7% to 2.8% within Schor’s first year in office, climbed to as high as 18.9% at the onset of the pandemic in April 2020 and has since declined almost every month since, leveling out to about 4.4% as of February.

The average annual wage in the Greater Lansing region was about $56,500 last May, according to federal statistics. Among “management occupations,” that average salary was about $111,000. The average household income in Lansing, however, is only about $44,200 with an overall poverty rate of about 22.7%, according to figures from the U.S. Census Bureau.

Wood and Hussain didn’t reference any specific economic statistics to defend their positions.

Council members Brian Jackson and Peter Spadafore voted against rejecting the raises, noting that the Elected Officers Compensation Commission is designated by the City Charter to serve as an independent entity and contending that Council shouldn’t insert itself into the process.

“I know I don’t want to set the prices, and that’s what they’re here to do,” Jackson added, noting that he would “almost always” support “reasonable, rational” decisions from the commission.

A similar motion last night from Wood to reject a wage increase for City Clerk Chris Swope failed by a 5-3 vote, failing to garner the six votes necessary to defeat the commission’s decision. Councilwoman Patricia Spitzley joined Spadafore and Jackson in allowing the raises.

The commission last month decided against salary increases for all eight members of the Council until at least 2024, when the commission meets again. That keeps annual paychecks flat at $30,000 for Hussain, $27,300 for Wood and $26,400 each for the other six members.

The Elected Officers Compensation Commission is required by the City Charter to biannually review and set salaries for the mayor, clerk and the  Council. Its decisions become law unless three-fourths of the Council — a total of six of eight members — votes to reject them in 30 days.

Last night’s Council meeting marked the last of two opportunities that the Council had to kill the pay raises. The Commission met six times since February as part of its legally required salary setting review, calling for raises to account for decades of ignored inflation rates for city leaders.

The commission was a bit more generous for Swope’s salary to help account for an increased workload related to medical and recreational marijuana licensing operations. Some members also emphasized that Swope was significantly underpaid compared to other clerks in similarly sized cities, including Ann Arbor, Dearborn, Grand Rapids, Rochester Hills and Royal Oak.