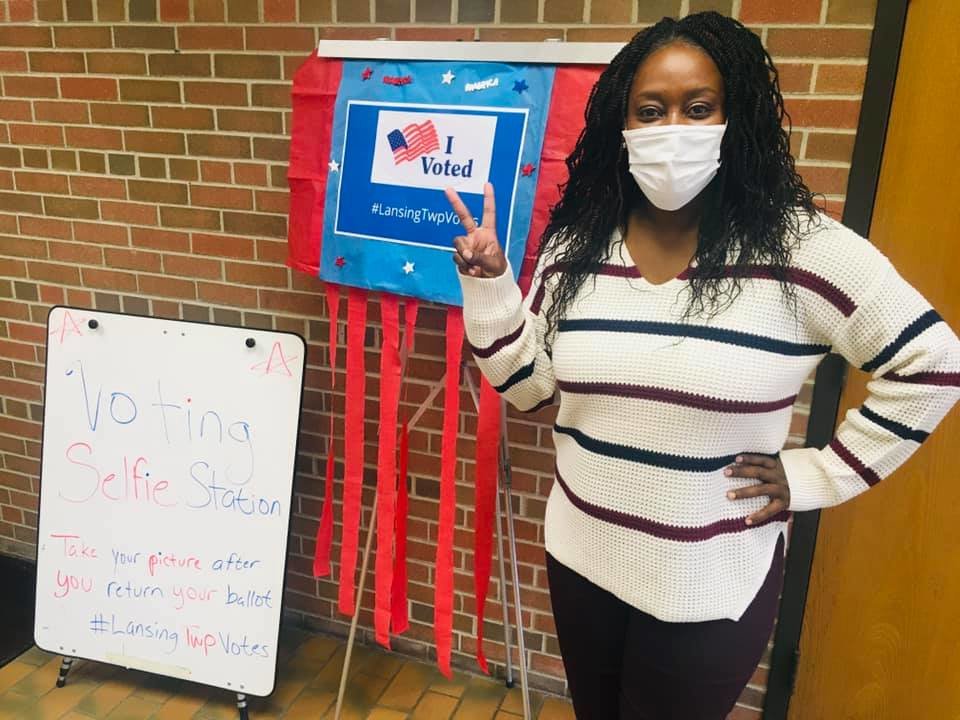 Lansing Township is struggling to pay back about $3 million (including $1.75 million to Walmart and Sam’s Club) in improperly billed tax assessments, gutting the township’s revenues and putting the municipality on shaky financial footing. It’s still unclear if the township will face an emergency manager or find itself filing for bankruptcy. County and township officials were carefully reviewing both current and future tax incomes last week — though without Township Supervisor Diontrae Hayes, who quit the job last month without much public explanation to take a job at a nonprofit group in Oklahoma. Visit lansingcitypulse.com for more detailed and continued coverage on township finances.

Former Mayor Tony Benavides, a former Council member who was mayor from 2003 to 2005, died Sunday (April 10) at 84 from an illness. Benavides served as the executive director of the Cristo Rey Community Center for 33 years. Mayor Andy Schor called Benavides a “passionate leader” who made the city a better place.

The cause of a massive fire that burned down the J&M Hauling building near the corner of Kalamazoo and East streets early Monday (April 11) morning remains under investigation. Fire Department crews were reportedly called to the scene following a loud boom and noticed heavy smoke and fire coming from the building at about 4:30 a.m. No significant injuries were reported, but the blaze left the building almost totally destroyed.

The Lansing City Council voted 6-2 Monday (April 11) to deny nearly $8,500 in pay raises for Mayor Andy Schor, keeping his salary flat at $139,600 through the end of 2023 despite a recommendation from the Elected Officers Compensation Commission to boost it by 3% annually for two years. A motion to reject a 5% raise for City Clerk Chris Swope was defeated, meaning his salary will climb to $99,400 this year and again jump up to $104,400 in 2023. Read more at lansingcitypulse.com.

Authorities said a 43-year-old Mason man suffered “serious” injuries the night of April 5 after he was blasted with a shotgun by a 40-year-old Dansville man along the 1900 block of Seven Gables Road in Ingham Township. The suspect is set to be arraigned on felony charges. Those with information about the incident have been asked to call deputies at 517-676-8202.

Ivan Iiler, the artist who created the “Portrait of a Dreamer” sculpture on Michigan Avenue, is returning to Lansing this year to craft a piece of public artwork at Hunter Park after he received a $75,000 grant for the project from the city through its annual Arts Impact Project. The design hasn’t been decided, but it’s reportedly set to “reflect the growing community” in Lansing.

Ingham County Chief Deputy Treasurer Alan Fox has been tapped to fill in for Treasurer Eric Schertzing, who left the job March 31 to become executive director of the Michigan Association of Land Banks. County Clerk Barb Byrum, one of the three people who were in charge of making the temporary appointment last week, said that Fox has plenty of “on-the-job experience” and already knows the office “inside and out.” His appointment will remain in effect until the general election in November, when Fox intends to run.

Chad Vorce, a white off-duty DeWitt police officer who chased a Black Lansing State Journal delivery driver outside of his jurisdiction last January and twice drew a gun on the driver, faces felony charges that could land him in prison for 11 years, Attorney General Dana Nessel announced. Vorce is due back in court next month to face felony criminal accusations of assault with a dangerous weapon, using a firearm in commission of a felony and misconduct in office.

Ingham County Clerk Barb Byrum has advised Greater Lansing residents to watch out for “politically motivated, conspiracy-fueled” scammers who are knocking on doors with jargon about “election integrity” in an attempt to verify the results of the 2020 election. No real election officials will ask about personal voting histories. Byrum’s advice: “Slam that door in their face.”

Mayor Andy Schor committed $400,000 in federal funding over the next two years to help launch a graduation success program at the Lansing School District, including plans to hire a graduation coordinator to work with students to ensure they stay on track to earn their diplomas.

Johnny Estes, 43, of Lansing was charged with open murder after authorities said he shot and killed a 39-year-old man near the 3200-block of S. Washington Avenue on Friday (April 8) morning. Those with any information about the incident have been asked to call 517-483-4600.

Chief Strategy Officer Judy Kehler is resigning this month to take a job as the CEO at an unnamed corporation and will soon be replaced, Mayor Andy Schor announced to the City Council on Monday (April 11). Kehler, the city's first female and Black treasurer and income tax administrator under Mayor David Hollister’s administration, was promoted to chief strategy officer in June 2020 to replace Shelbi Frayer, who quit the job less than a year after being hired.

The Michigan Economic Development Corp. awarded $20,000 to Downtown Lansing Inc. to buy sheds, decorations and other “seasonal programming” for a Christmas-themed, pop-up market space to open this year in downtown Lansing. No information about the “Christmas Kringle Market” project appears to exist online, but officials said the grant funding will also lead to the installation of some sort of new light fixtures at a local park.

Albert EL Fresco to reopen in May

High school students from across Greater Lansing competed in an Olympic-themed essay writing and poetry competition organized by the Lansing branch of the NAACP titled the “Afro-Academic, Cultural, Technological, Scientific Olympics” on Saturday (April 9) at the downtown Capital Area District Library. Winners received prizes of up to $500.

Laurie Strauss Baumer has been hired as the new president and CEO of the Capital Region Community Foundation, succeeding retiring CEO Dennis Fliehman after having served as the organization’s executive vice president (among other roles) since 2015.