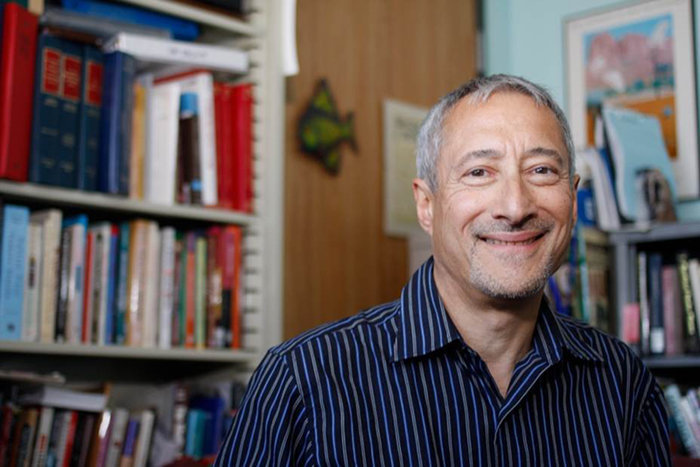 (The writer won a Pulitzer Prize for reporting for The Detroit News and holds the Knight Foundation Endowed Chair in Environmental Journalism at Michigan State University.)

My, how things have changed this campaign season.

Not just the candidates, but also how the press is covering the presidential, U.S. Senate and congressional races in Michigan.

We have a crucial Senate race without a debate between Republican John James and Democrat Gary Peters — but with lots and lots of money.

“The race has become the dominant force on Michigan airwaves,” the Michigan Campaign Finance Network reported, outspending even the presidential election’s broadcast advertising.

We have a fast-moving stream of presidential and vice-presidential candidates, their relatives and their surrogates flooding “battleground” Michigan from Grand Rapids to Houghton, from Kalamazoo to suburban Detroit.

I’ve covered state government, politics and policy since the late 1970s, first in Albany, New York, and then in Lansing since 1984. As a reporter, editor and columnist I’ve seen candidates come and go and watched issues erupt, deflate, disappear and sometimes erupt again.

And I’ve seen the number of political reporters shrink in Lansing and at news outlets across Michigan.

I’m not alone in worrying about the effects of those troubling trends on democracy, fair elections and transparent governance.

“What bothered me the most is the de-emphasis of the importance of political and election coverage,” says Tim Skubick, the dean of the Capital press corps who began his political journalism career in 1969 as a radio reporter.

“When I started out, being in a state Capitol bureau was really something. It was looked upon with great respect,” Skubick says. “There was a real premium put on coverage by the newspapers, and TV was just getting a foot in the door.”

What happened? Many news bureaus closed as “over time, consultants came in and told management that people don’t care about politics,” Skubick said.

Of course, other factors contribute to the way the press is covering this year’s elections.

For one, the COVID-19 pandemic has sharply limited reporters’ ability to perform their watchdog function, travel with candidates, go out and interview ordinary voters and assess the situation on the ground.

“You need to get out and mix it up with the people,” Skubick says.

Another factor: Even before the pandemic, mainstream news organizations were suffering financially, merging, cutting staff and closing bureaus.

Nonprofit news organizations like Bridge Michigan can fill only some of the information gap. Long-established specialized news services, such as MIRS and Gongwer, are available with respected, nitty-gritty reporting on politics and government — by subscription.

But partisan and biased “news” websites have proliferated, and fake news floods the internet.

Skubick says, “We already have a political knowledge gap in the electorate: the haves and have-nots. My fear is people who want to get the news will get it, but the general public that’s not presupposed (to follow political news) won’t.”

Political scientist Donald Zinman says, “It’s certainly a fact that local news outlets are in decline. Local TV stations are mostly corporate-owned, local newspapers have been financially struggling for years and their ability to do investigative reporting has declined in recent years.”

Zinman, a professor at Grand Valley State University and an expert on politics, the presidency, parties and elections, says consultants have become “more protective” of their candidates.

Many politicians have become warier of the press and carefully restrict their availability to news outlets they perceive as friendly. Thus, President Donald Trump’s frequent lengthy appearances on Fox radio and television shows while avoiding other networks.

“When you agree to interviews with unknown or unfriendlier news organizations, it’s more risky. You might get asked a lot of unwelcome questions,” Zinman says.

“There’s more information that’s out there, and data is easier to obtain,” he says.

At the same time, however, the increasingly fast pace of the news cycle often leads the press “to give a lot of stories short shrift.”

As an example, he cited the recent New York Times investigative reporting on Trump’s income taxes, saying that after an initial spurt of attention, “the media kind of moved on. That’s not a good thing.”

There’s also a problem with public trust, according to Zinman.

“There is this notion that the only people hostile to the media are on the right, conservatives, Trumpers. That’s not true. Plenty of people on the left have serious criticism of the media” as pro-capitalist and pro-business and for treating Trump like typical candidates when he’s not one.

Finally, he observes, “It’s kind of a dangerous time to be a reporter, with violent threats and scary rhetoric deployed against reporters that could have tragic consequences.”