Did Johnny write this or a robot? AI chatbots rock Michigan schools 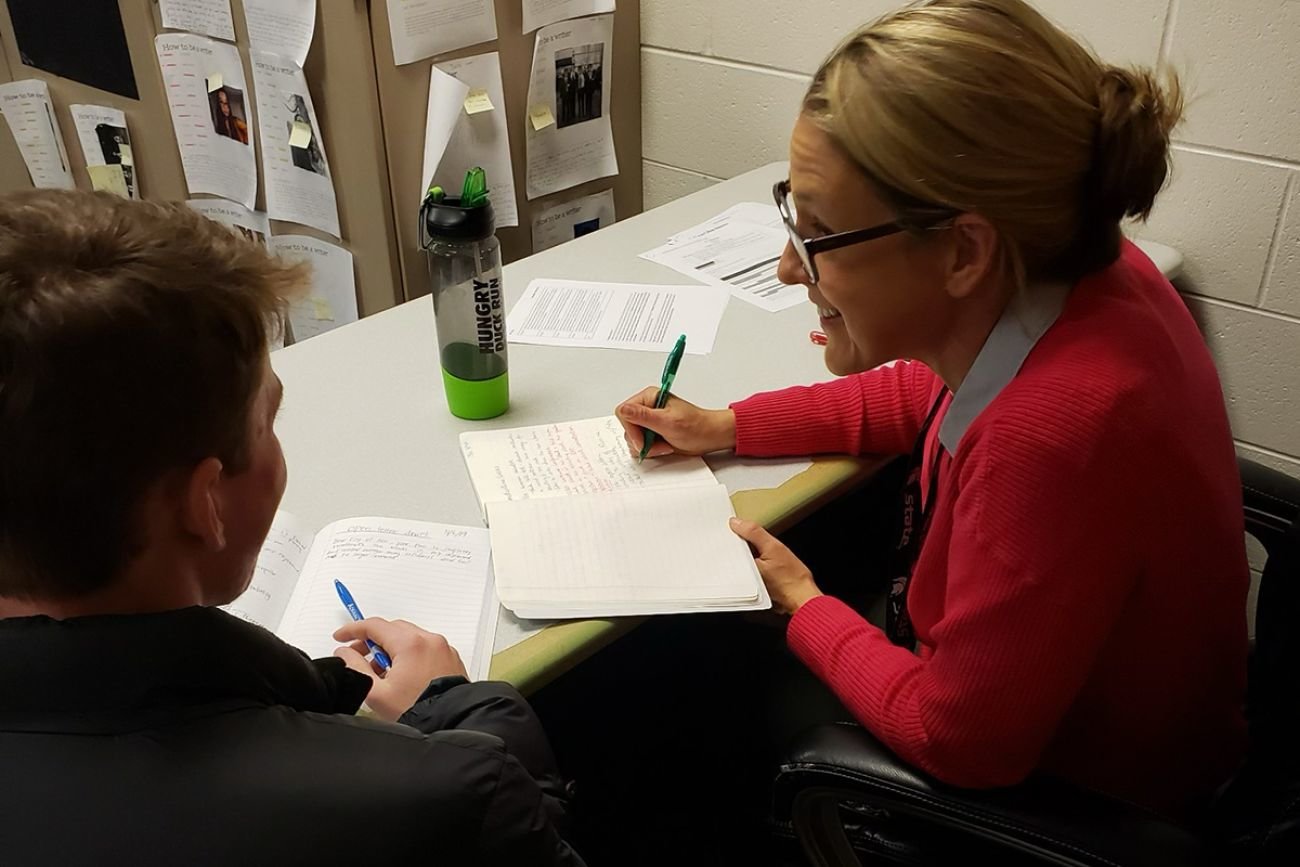 Hattie Maguire, right, says writing programs like ChatGPT are here to stay, so schools will need to learn how to use it in classrooms.
(Courtesy photo)
Posted Monday, January 23, 2023 5:30 am
Ron French

Novi High School teacher Hattie Maguire looked over an assignment from one of her students Tuesday morning, and wondered if it was too good.

Had the student suddenly improved his writing this much over a short time? Or, was the paper she was looking at written by a computer program?

Just months ago, the question wouldn’t have occurred to the veteran English instructor. But new artificial intelligence apps have grown in sophistication to the point that they can generate everything from essays and analyses to poems and songs at the click of a button.