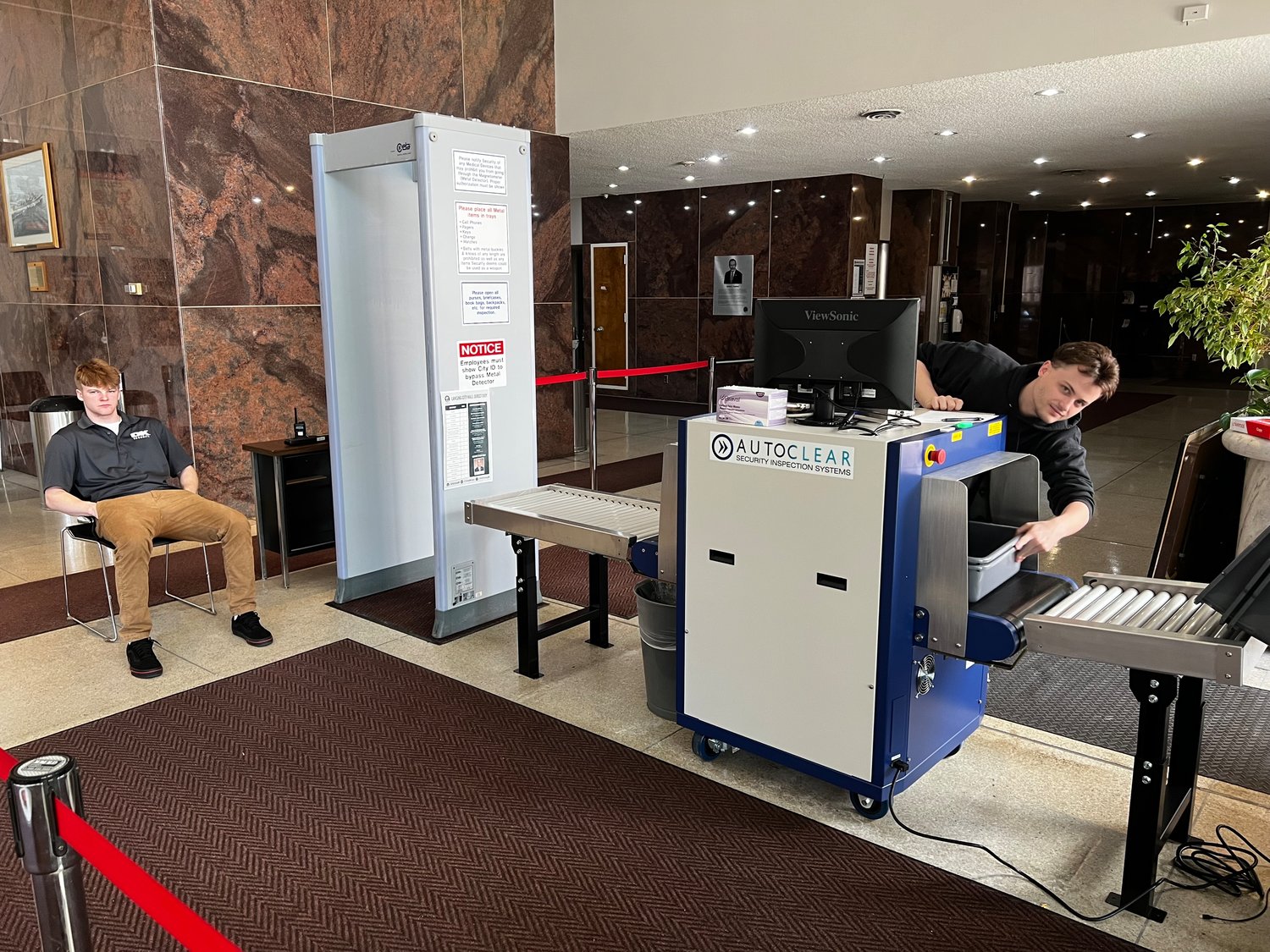 THURSDAY, May 5 — Employees and visitors at Lansing City Hall were met with some stricter security measures at the office on Monday after 54A District Court officials installed some new X-ray machines at the main entrance to City Hall and inside the lobby of the Police Department.

Upon entering either building this week, staff and guests are now being asked by security personnel to empty their pockets into plastic totes that run through a conveyor belt — much like the Transportation Security Authority equipment stationed at the entrance to airport terminals.

The new equipment cost the city about $38,000 as part of the 54-A District Court budget. And it was necessary to create “an extra layer of security” at both buildings, city officials explained.

Before this week, city staff and guests were still asked to empty their pockets and walk through a metal detector at the entrance, but security personnel rarely examined their belongings. The lobby at the Police Department has also been left unguarded with no specific security protocols.

“The X-ray machine would allow security staff to look at bags, purses, backpacks and packages without having to handle peoples’ personal belongings,” according to a statement from District Court officials. “The liability from damaging peoples’ property and security staff being injured from sharp objects was very high. The X-ray machine also provides an extra layer of security which we didn’t have before. The X-ray machine combined with the wands provides better security to the courts and everyone at City Hall and the Police Department headquarters.”