Schor promises no range if neighbors are opposed 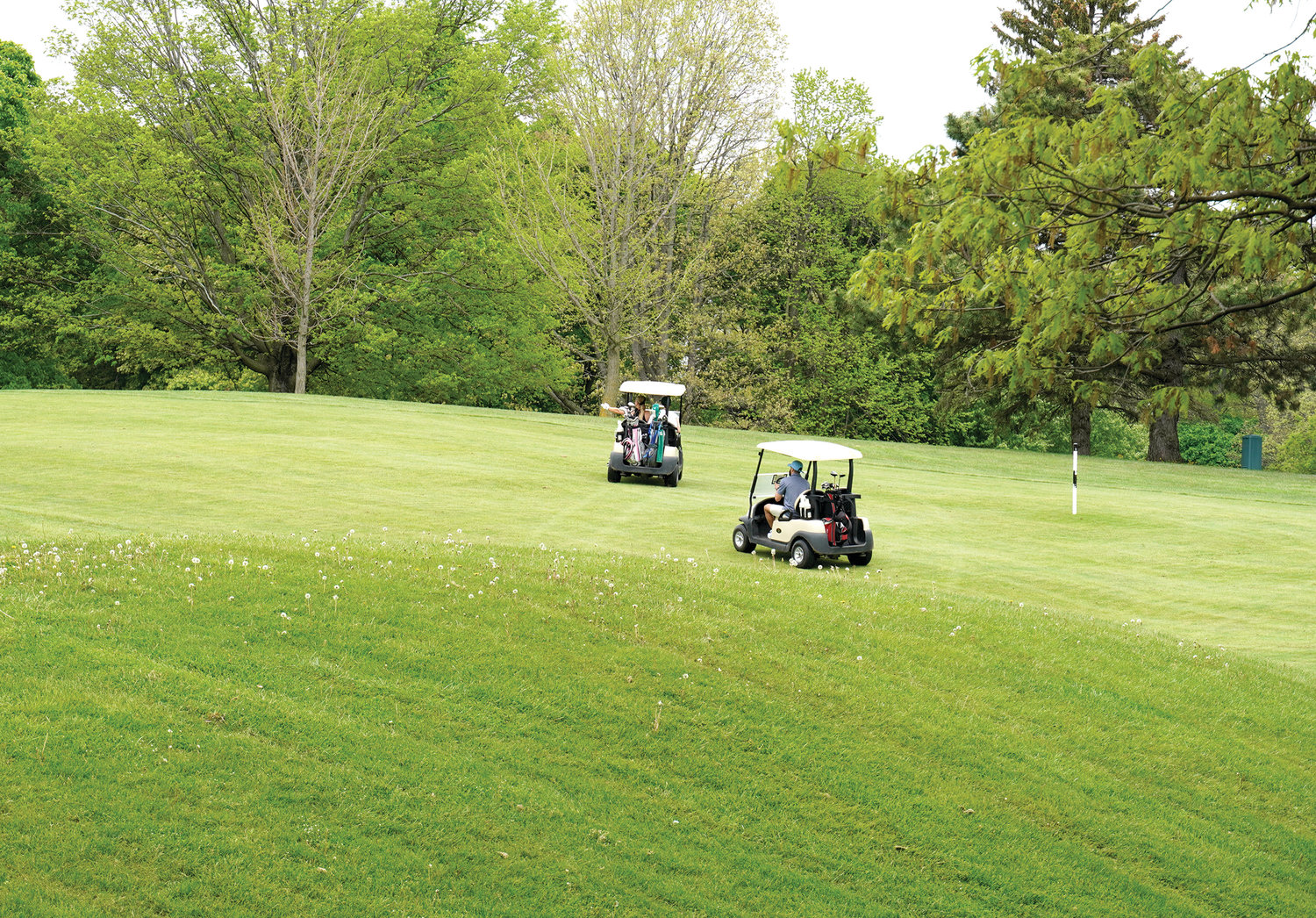 Golfers playing at Groesbeck Golf Course. Councilmember Brian Daniels said today any idea of putting a driving range in adjacent Bancroft Park "is dead" after Mayor Andy Schor promised it will not go there over the opposition of neighbors.
Posted Thursday, September 15, 2022 12:01 am
The driving range issue

If the neighbors of the park don’t want a golf driving range in the middle of Bancroft Park, then I won’t support it and it won’t happen.”
Lansing Mayor Andy Schor
Berl Schwartz

(This story has been updated to correct the spelling of Alan Belyea's last name.)

The range idea arose at an April board meeting of the Lansing Entertainment & Public Facilities Authority, operator of the city-owned Groesbeck Golf Course, which is adjacent to Bancroft Park on the north side. Scott Keith, LEPFA’s president and CEO, suggested its consideration as a way of bringing in more revenue and hence reducing Groesbeck’s subsidy. He said it was the chief desire of Groesbeck golfers when they were asked what would enhance the course.

Bancroft Park was the only location mentioned during the board meeting, the minutes reflect, although Keith later maintained that it could be elsewhere as long as it was in "close proximity" to the course.

But Schor made it clear in an online statement today that it will not go there if neighbors are opposed to it.

“If the neighbors of the park don’t want a golf driving range in the middle of Bancroft Park, then I won’t support it and it won’t happen,” Schor said.

Daniels, who represents the First Ward, said there’s no question the park’s neighbors do not want it. He also said that it “will never get approved by the LEPFA board,” based on his conversations with members.

Ryan Kost, who is running against Daniels on Nov. 8, said it’s clear to him the residents do not want it.

“I’ve spoken to a lot of neighbors,” he said today. “They are the ones who usually bring it up because they don’t want a driving range there.”

Kost said he was “glad” to see Schor’s statement “and hope he means it because it is important to the people.”

Kost is a board member of the Friends of Bancroft Park.

He disagreed with the mayor’s assessment that there has been “significant misinformation regarding Bancroft Park on social media and in meetings in the Eastside.” The mayor said in today’s statement that “there is no plan to take out trees or build a driving range” in the park.

Kost said he is unaware of any such misinformation. He said that the information that was shared was what appeared in the April minutes of the LEPFA board meeting.

The minutes say that “Scott noted the Mayor and Parks and Rec Director are supportive and willing to have the hard conversations” about a driving range in the park. They also say that “we have peaked as a course, and we need to look toward the future and will be working with Alan Valliere who is local and works for a national firm.” Scott told City Pulse last month that LEPFA planned to hire Belyea — the correct last name — as a consultant to conduct a study on whether and where to put a driving range.

“Commissioner Saxton questioned why the controversy," the minutes say. "Scott Keith clarified the issues are the park and the ‘Friends’ group is not supportive. Scott noted Councilmember Daniels lives nearby and is supportive. Councilmember Garza asked if there are plans to add lights. Scott noted lights are not in the plans, but more activity could help prevent issues. Chair Stajos noted it is important to have a driving range for the high school teams. Scott Keith shared there is no longer a driving range in the city; and for example, a team had to warm up at Forest Acres and come back to Groesbeck for play. Mindy Biladeau (LEPFA’s vice president for sales and services) noted that is the number one question on social media – do we have a driving range.”

Daniels told City Pulse in August that Keith took what he said out of context.

“He said he wants to put in a driving range near Groesbeck. I said that’s great. I want to hear more about it.”

Daniels added that he was against a driving range in Bancroft Park “in any way.”

Daniels said today that from what he could tell Keith was the only person advocating the idea.

Schor said he supports a feasibility study of a driving range, as Keith proposed, "to maximize activities for golfers and revenues for the city to ensure there is no city subsidy for the course."

Under LEPFA, which took over management of Groesbeck from the Parks Department five years ago, the city subsidy for Lansing’s only golf course has dropped dramatically from $400,000 to $500,000 a year to $100,000, Keith said last month.

Being a relatively COVID-proof activity, golf at Groesbeck peaked during the pandemic and has been leveling off as the virus has waned, Keith pointed out. Thus, LEPFA has been strategizing ways to continue reducing the subsidy, including a driving range.