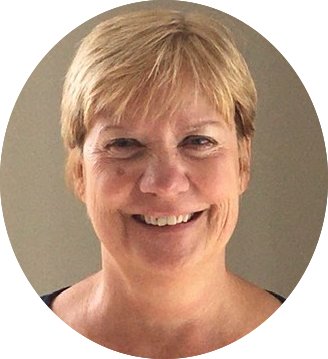 THURSDAY, July 21 — The firebrand website EastLansingInfo.news has appointed a woman tied to election denial activities as vice president of the board and interim executive director.

Anne Hill, president of the Hawk Nest Neighborhood group in northern East Lansing, was appointed EastLansingInfo.news June 29 on a volunteer basis. Hill ran unsuccessfully as a Republican candidate to the Clinton County Board of Commissioners in the 2018 primary and served as a Republican precinct delegate in 2014.

The outcry on social media and a complaint sent to ELi’s contact portal raised concerns about Hill’s work to discredit East Lansing’s 2020 election through work with Pure Integrity for Michigan Elections, an organization with ties to Trump-endorsed candidates that claims to be working for more secure elections in the state. Her work with the group included authoring a May 14, 2022, report accusing East Lansing election officials of counting nearly 2,000 improper or illegal ballots in the 2020 presidential election.

A notice published on ELi notes the board was unaware of Hill’s election activism until it was brought to its attention through the contact-us portal on its website.

However, a claim by Hill that a deceased poet had voted in the 2020 election was debunked in a report on EastLansingInfo.news on Feb. 21, 2021, more than a year before she was appointed. That report also included information about Hill’s examination of the Qualified Voter File that was the basis for her May 2022 report. Hill is identified in the news report as a member of the website’s community advisory board.

Board President Raymond Vlasin  said he was aware of the February 2021 article but thought “that had been put to bed.” When asked about the May report, he referred this reporter to EastLansingInfo.news founder Alice Dreger.

Dreger has not  respond to a voice message.

Nor has Hill responded to an email or a phone message.

A post from the board on the organization’s website said the body had instituted an emergency protocol to convene a group of members to investigate concerns about the news website. The members on that board met on July 4 and was to meet again last Monday, where Hill was to have an opportunity to discuss her role with PIME.  Nothing new has been posted about that scheduled meeting.

The May report includes allegations of dead voters casting ballots, people voting from nonexistent addresses and students voting from an address of a closed dorm. Hill calls these votes “anomalies,” “unverified,” “erroneous,” “ineligible,” and among other words.

Former East  Lansing clerk Marie Wicks provided City Pulse with an exclusive written analysis of Hill's report. The analysis included election law as well as election administration procedures and policies for the state of Michigan. Wicks left East Lansing to train clerks and others on running elections for the Secretary of State's Office.

“Thanks,” wrote Wicks in a 16-page refutation of Hill’s May report, “for giving me the opportunity to refute Anne Hill’s BS claims and to basically take out my rage over election misinformation and deniers.”

Dreger, in an April 4 post on the website, announced the news organization would take a pause in reporting while the board reviewed the future and direction of the organization. This came after the interim executive director Emily Joan Elliott announced she was leaving to start a new job on May 6.

The initial two-week pause in publishing  has since stretched out as the board does a more formal strategic planning process with input from readers, the community and more.

Since the end of April, the website has only posted updates from the board of directors and no news.

The board has appointed a task force to evaluate the next moves for the website.

The group posted a managing editor position on July 15. The position will be part time, with a focus on coordinating editorial content and publishing it to the website. Previous responsibilities assigned to the managing editor such as finding reporters, operating social media and responding to portal inquiries will be spread among additional staff. The additional team has not been announced.

Hiring a managing editor with more focused job responsibilities was a recommendation of the organization’s task force, said the post by Nathan Andrus, chief data reporter for the website. A final report from the task force is expected in August.