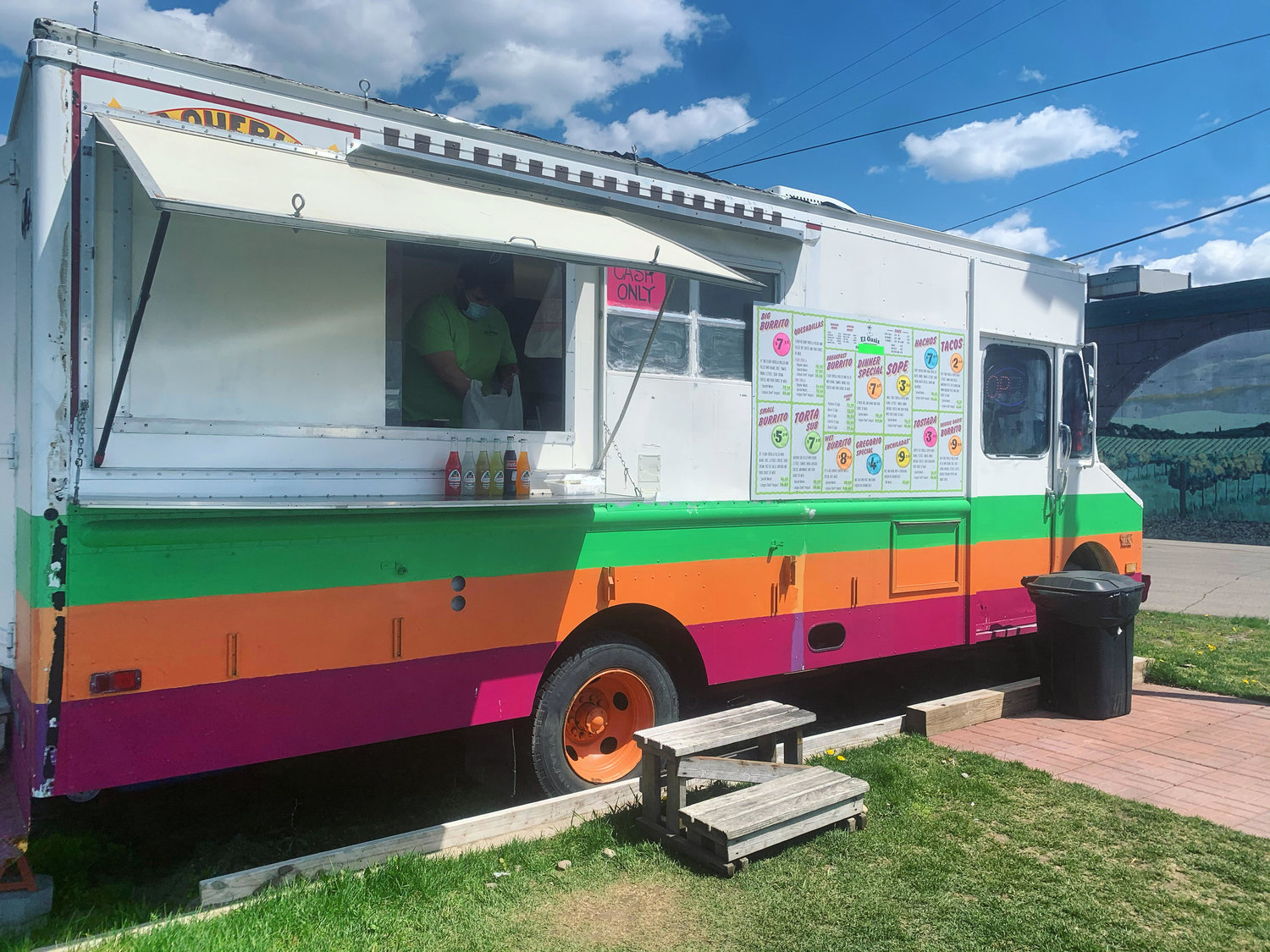 Cinco de Mayo celebrants had to party at home this year — but at least fans of El Oasis had it a little easier: The popular food truck opened a fourth location in time for the high holiday.

The popular food truck, whose most prominent location is at the corner of Michigan and Francis avenues, celebrates its 15th anniversary this year. The trucks have since multiplied, with the newest addition cropping up at 2778 E. Grand River Ave. — right where East Lansing blends into Meridian Township.

The lines are long at mealtimes and picnic tablespace is in short supply, especially in nice weather. The patient diner is rewarded with some of the freshest and most flavorful Mexican dishes in Greater Lansing.

The family-owned enterprise got its start in 2005 with Alma Gutierrez at the helm. The original truck was parked in a lot at Martin Luther King Jr. Boulevard and Mt. Hope Road in Lansing. The move to the iconic Michigan Avenue location came “a year or two later,” son Ricardo Gutierrez said.

The East Lansing/Meridian Township location has been open for about a month.

Ricardo, 22, is shepherding the family occupation begun by his grandparents into a new generation.

“I think a food truck is more of a passion. To do something like a food truck, you have to do it because you love it,” he continued. “Everything has to be done with love, and that’s the way we like to think of it.”

The menu at El Oasis includes numerous classic Mexican dishes. Hoja de platano is a pork tamale wrapped in a banana leaf, a dish from the state of Oaxaca.

Gutierrez said his family-operated restaurants in Tamaulipas, Mexico, and many of his mother’s recipes at the foundation of El Oasis have been handed down.

“These are dishes that the family all ate together. Everything that we sell is pretty much what my mother grew up on,” he said.

Besides the new location, nestled between Advance Auto Parts and Tom’s Party Store, there are also trucks set up at 1620 Haslett Road in Haslett — on the northeast corner of the Haslett Road and Marsh Road intersection — and at 6100 S. Cedar St. in Lansing.

As a pioneer among food trucks in Greater Lansing, the family is well placed to lead the continuing trend into the future. What that future might look like is anyone’s guess, Ricardo Gutierrez said.

“I have a lot of younger friends my age asking, ‘How did you start this?’ Or, ‘How are you guys doing?’” he continued. “I feel like it’s for those young people to try something new — or anyone who wants to try something new, get out there, learn new things and experience new ways.”

Gutierrez has friends with ideas for food trucks he said he’s never heard of, so the future appears to be trending in the right direction.