Flash in the Pan: Espresso exceptionalism 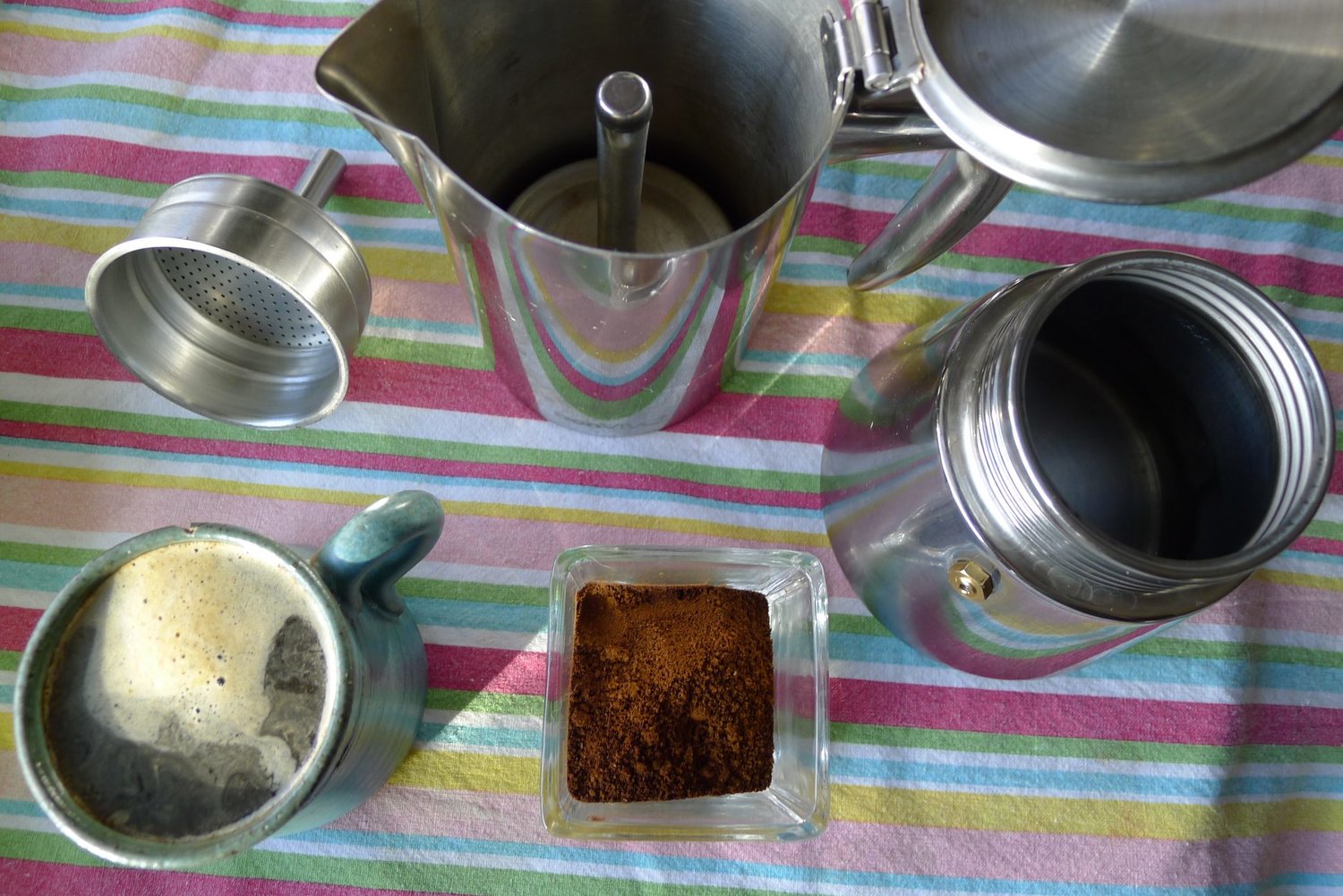 When I go to the coffee shop, it’s usually not for the coffee. Only one or two spots in town can brew a better cup than I. They have expensive, well-maintained espresso machines, carefully roasted beans and baristas who know how to shoot a shot. But unless they are on top of their game, I can still out brew them with my stovetop Moka pot.

My snobbery translates into money in the bank, because my level of consumption would cost about $10 per day at the espresso bar, while I can stay properly caffeinated at home for about $15 per week.

I respect the gentle complexity of a pour-over and the thick intensity of the French press, but espresso is exactly what I want in a sip of coffee. The flavor is clean and sharp, and a little goes a long way. I drink the other stuff too quickly, but espresso is strong enough to slow me down. I’ll nurse my little cup for hours, sometimes adding a little hot water. With a price point in the mid-two-figures, a Moka pot pays for itself in about a week in my house.

If the home barista plays their grounds right, the final teaspoons of espresso will emerge with a golden foam of small bubbles called crema. It has a sharp, velvety flavor and appears when you have just the right amount of heat, pressure and steam in the coffee grounds.

A Moka pot espresso maker consists of three pieces: a lower chamber, to which you add water, a filter basket in the middle, where the grounds go, and a collection chamber on top, which has a spout in the middle from where the espresso and crema bubble through.

The ideal cup of coffee happens when just the right number of grounds are confronted with just the right amount of water, and a small dark shot ends with a flurry of crema. Too much water and crema will be followed by a blast of weak, off-tasting coffee, as steam continues to rush through the spent grounds. Too many grounds in the filter basket and steam won’t be able to push through, and so much pressure will build in the lower chamber that a little valve will hiss steam as the over-packed grounds burn in the filter basket. The second half of the coffee is full of bad flavors, and nothing good.

Good espresso depends on fine, evenly ground coffee beans, and the best way to obtain them is to grind your own immediately before brewing. Whether you want a coarse grind for a French press, a medium grind for drip coffee maker or a finely ground espresso, consistent particle size will make your equipment run properly. If you’re using the all-too-common spinning blade type of grinder, you might as well be bonking your beans with a frying pan. The only type of grinder to consider is a burr grinder, which crushes the beans to a uniform size between spinning metal spools. Otherwise, you might as well get your coffee at the gas station.

My Baratza Virtuoso burr grinder lists for $250 and is worth every penny. The Cuisinart it replaced was loud and awkward, but basically got the job done. Hand-held burr grinders, which can grind as well as my Virtuoso, start at about $15. That spinning blade grinder is great for grinding spices, so you don’t have to throw it away.

As for the beans themselves, you need a local roaster, preferably with skills. You want to grind and brew your coffee within two weeks of when the beans are roasted, so freshness is of the essence. I like a lighter roast than most, and Kat McCamant of Fire Ridge Coffee Roasting in Missoula, Montana, is a genius with delicately roasted Ethiopian and Central American beans that make my Moka pot sing.

My current Moka pot and two exes have all been different sizes, but they all make the best coffee with about half the recommended amount of water. In my Bonvivo, I use a tad less than a cup of water and three tablespoons of fine grounds, loosely added. I recommend the same ratio for larger or smaller amounts of water. For a more intense concentrated shot, use even less water — as little as a half-cup per three tablespoons of grounds. This is a very efficient use of coffee — a $12 pound of beans will make about 20 cups per week.

As it heats, watch the little espresso machine like a hawk. The first fluid to emerge will be diluted like cola but will soon darken. When you see that golden crema, it’s basically done. Turn off the heat and wait until the bubbling stops.

After pouring the coffee, add some water to the collection chamber to prevent buildup. Enjoy your smooth, strong, beautiful cup of coffee. Rinse. Regrind. Repeat.