Defense attorney concerned over ‘possible appearance’ of a conflict of interest 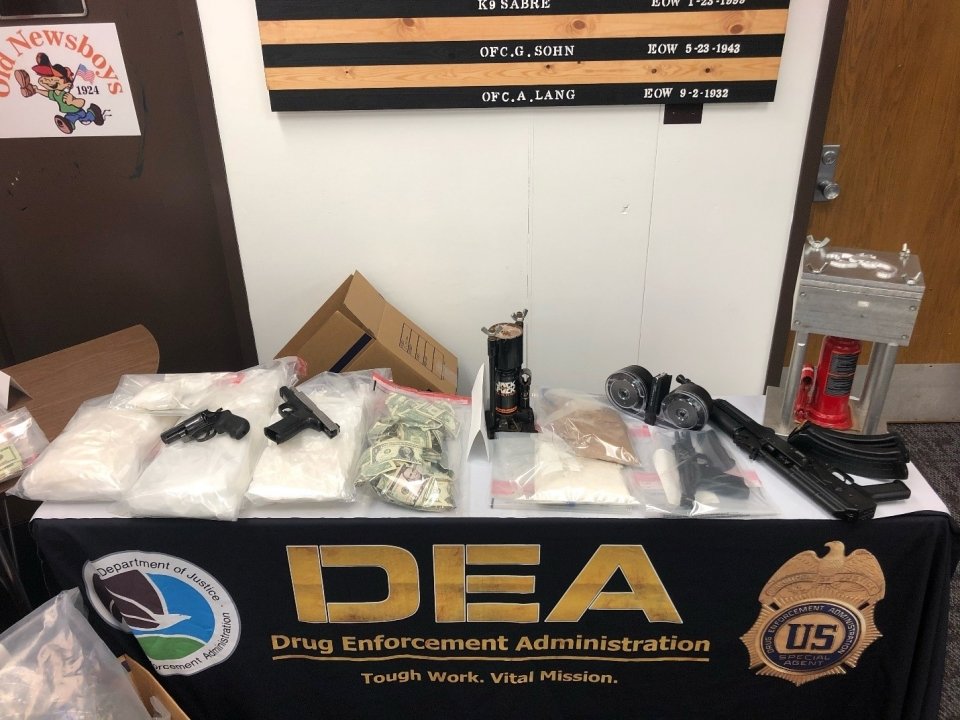 A police investigation last summer led to the seizure of more than 20 firearms, as well as "bulk quantities" of cash, methamphetamine, heroin, and fentanyl. A lawsuit may be coming over the bust.
Courtesy
Posted Thursday, March 31, 2022 5:02 pm
Kyle Kaminski

THURSDAY, March 31 — A lawyer who is a member of Lansing’s Ethics Board is considering quitting because he may be involved in federal litigation against the city’s Police Department.

An affidavit of disclosure filed with the City Council this week by criminal defense attorney Brendon Basiga revealed that one of Basiga’s clients has a “potential lawsuit” coming against the Police Department and the city of Lansing that involves “potential constitutional violations.”

He declined to name the client, citing attorney-client privilege, but  only one of Basiga's cases involves the LPD, according to court records. Basiga is the appointed attorney for Arnon Lake, one of 16 people who were arrested and charged last August in what has been labeled as one of the largest drug busts in city history.

It’s unclear whether the forthcoming lawsuit against the city is related to the case, mostly because Basiga declined to comment. But because it’s “likely” to end up in federal court, Basiga is worried his presence on the board may pose a conflict of interests, according to his affidavit.

“There may be a semblance of impropriety if and when this potential lawsuit is filed,” Basiga wrote, adding he was seeking the board’s “guidance” on how to proceed as a board member.

He added that he would “loathe” to resign but would if the other six members “feel that this potential lawsuit is so serious of a conflict.” Alternatively, Basiga also offered to recuse himself from any decisions regarding the LPD or the potential lawsuit.

In an email, Basiga declined today to answer questions or comment. The other board members have not responded to emails from City Pulse. Deputy City Clerk Brian Jackson said the board plans to address the issue at its next meeting, on April 12.

The city’s Ethics Board is designed under the City Charter to review “issues which may arise concerning questions of standards of conduct for public employees — including cops.

It also deals with conflicting financial interests of elected and appointed officials and complaints related to the city’s ethics ordinance. Last year, for instance, it weighed in on whether former Councilman Brandon Betz crossed the ordinance in sending a series of profane text messages to a constituent.  (He didn’t, but Betz resigned anyway.)

The Council appoints four members of the eight-member board, which has one vacancy. The mayor appoints the other four, which includes Basiga. In a statement, Schor said the City Attorney’s Office is reviewing Basiga's disclosure.

Assistant City Attorney Mary Bowen said her office would weigh in with a legal opinion on the subject if asked, but having not reviewed the affidavit, she declined to comment further.

"He has tremendous moral and ethical standards, and I applaud him for filing this transparent declaration and indicating that he’s willing to resign if there is any conflict of interest determined by our legal counsel," Schor added.

Basiga noted that his client’s lawsuit would “likely” be filed in the U.S. District Court for the Western District of Michigan. A review of case records shows that it still hasn’t been filed.

Basiga is a former prosecuting attorney for Meridian Township. In 2013, he launched his own practice and handles state and federal cases, as well as cases in Canada. He also appears to be working as an appointed criminal defense attorney and was an adjunct professor at Thomas M. Cooley Law School from 2014 to 2017.

The case involving Lake is one of 10 open cases in federal court in which Basiga is involved, a review of federal records showed, including five filed this year.

It’s possible the Lake  case is totally unrelated to potential “constitutional” litigation against the city.

Court records show that authorities raided Lake’s home on Sumpter Street last summer and seized ten firearms, ammunition, about $7,000 in cash, a small amount of heroin and several other controlled substances that police suspect had been used as “cutting agents” for heroin.

Federal prosecutors announced in August that 16 defendants were charged with drug-trafficking crimes in the Greater Lansing area.

Lake — who has since been released on a $25,000 bond — is headed to trial in August along with four other defendants. He’s also pushing back against the feds in forfeiture litigation.

As Lake’s appointed attorney, Basiga has contended in court filings that the seized guns were not used to “facilitate any illegal activity whatsoever” and that Lake “not only denies being a part of said conspiracy, but also denies that any of the seized firearms were used in furtherance of that conspiracy.” Receipts also showed that Lake legally purchased the guns within the last two years. Basiga also argued that federal prosecutors can’t prove that the weapons were involved.

Court records show that jury selection in the criminal case, with Basiga as the appointed attorney, begins Aug. 9. If convicted, Lake faces not less than 10 years and up to life in prison.

Check back. This story will be updated with additional information as it becomes available.