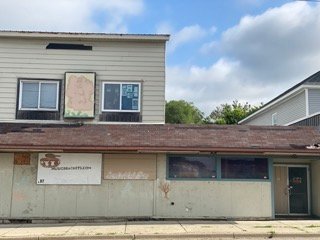 This empty property, which has seen a variety of retail uses over the years, has been cited for weeds and trash five times since 2015, most recently on May 19. There was also a 2017 citation for the exterior of the property.

In a phone conversation with Schmidt Monday, he claimed he no longer owns the property because he is selling it on land contract. There is no land contract registered to the property records. He said he entered into the land contract 10 years ago. When asked who was purchasing the property and how to reach the purchaser, he said he would have to look that up and hung up after taking contact information. He has not yet provided the information.

World's Most Expensive Sneakers Will Order Your Pizza

Better Immunity is Just a Spray Away

How to Save Money on Pet Care