Eyesore of the Week: Aug. 17th 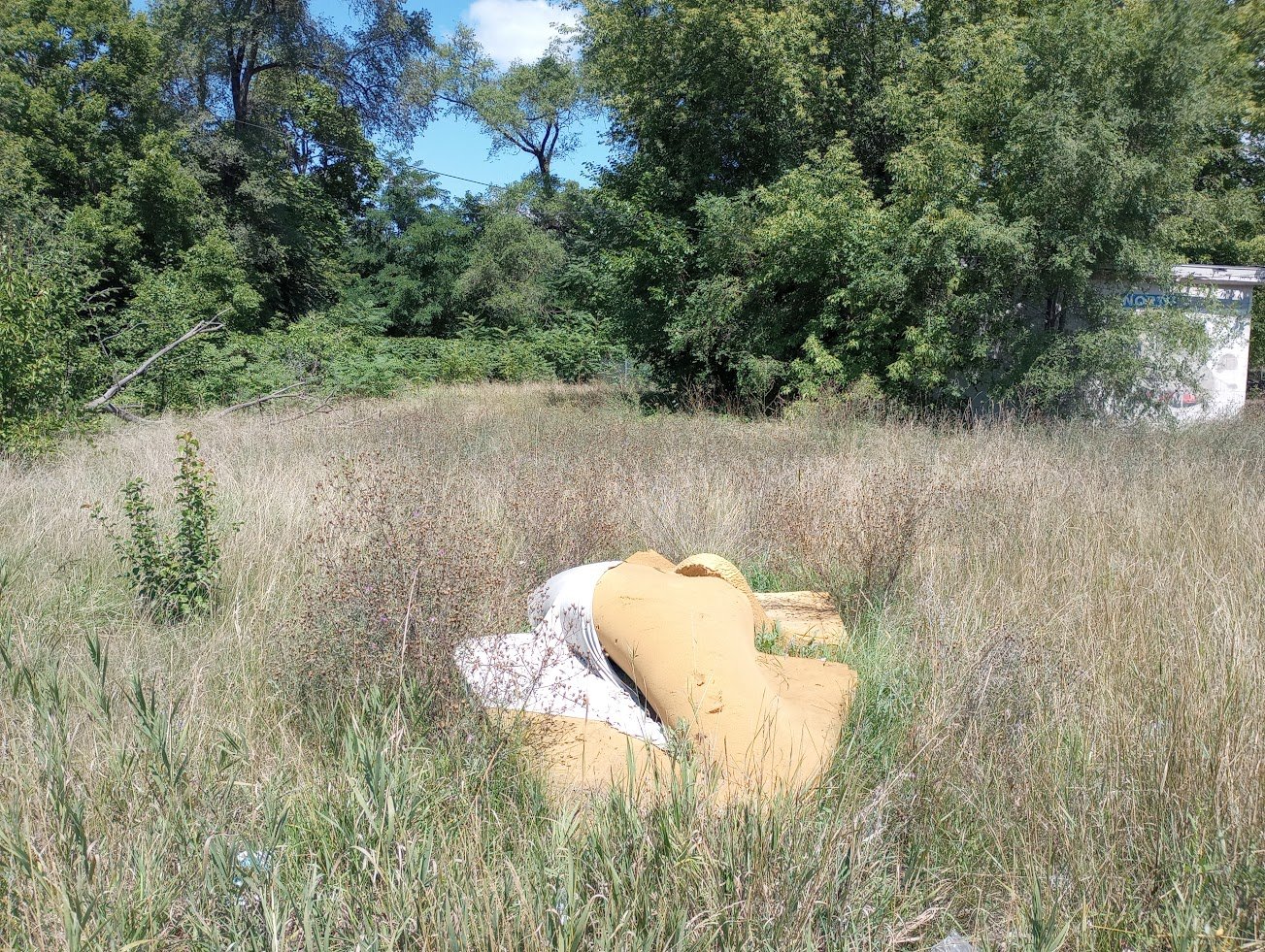 “Eyesore of the Week” is our weekly look at some of the seedier properties in Lansing. It rotates with Eye Candy of the Week and Eye for Design. Have a suggestion? Email Managing Editor Kyle Kaminski at eye@lansingcitypulse.com or call in a nomination at 517-999-6715.

A large swath of land, running from Cesar Chavez Avenue to Larch Street, next to Zoobie’s bar on the eastern edge of Old Town in Lansing, are two lots owned by the railway and transportation company CSX. While the larger lot is contained behind a fence with barbed wire on top, the other lot is freely accessible.

That access has resulted in mounds of trash, including piles of plastic water bottles, broken pallets, a five-gallon bucket, pieces of construction barriers and weeds varying in height from knee to waist high. Just a few feet from the sidewalk is a mangled, torn-up mattress. On the west side of the property, a large tree has died, and its massive limbs are falling off, pushing trees and shrubbery into a partial obstruction of the sidewalk.

CSX spokesperson Sheriee Brown said the company notified its property management team to assess the situation and determine next steps. She also said dumping on railroad property is “considered both trespassing, which is dangerous and illegal.”

The site looks the same as it did last summer.