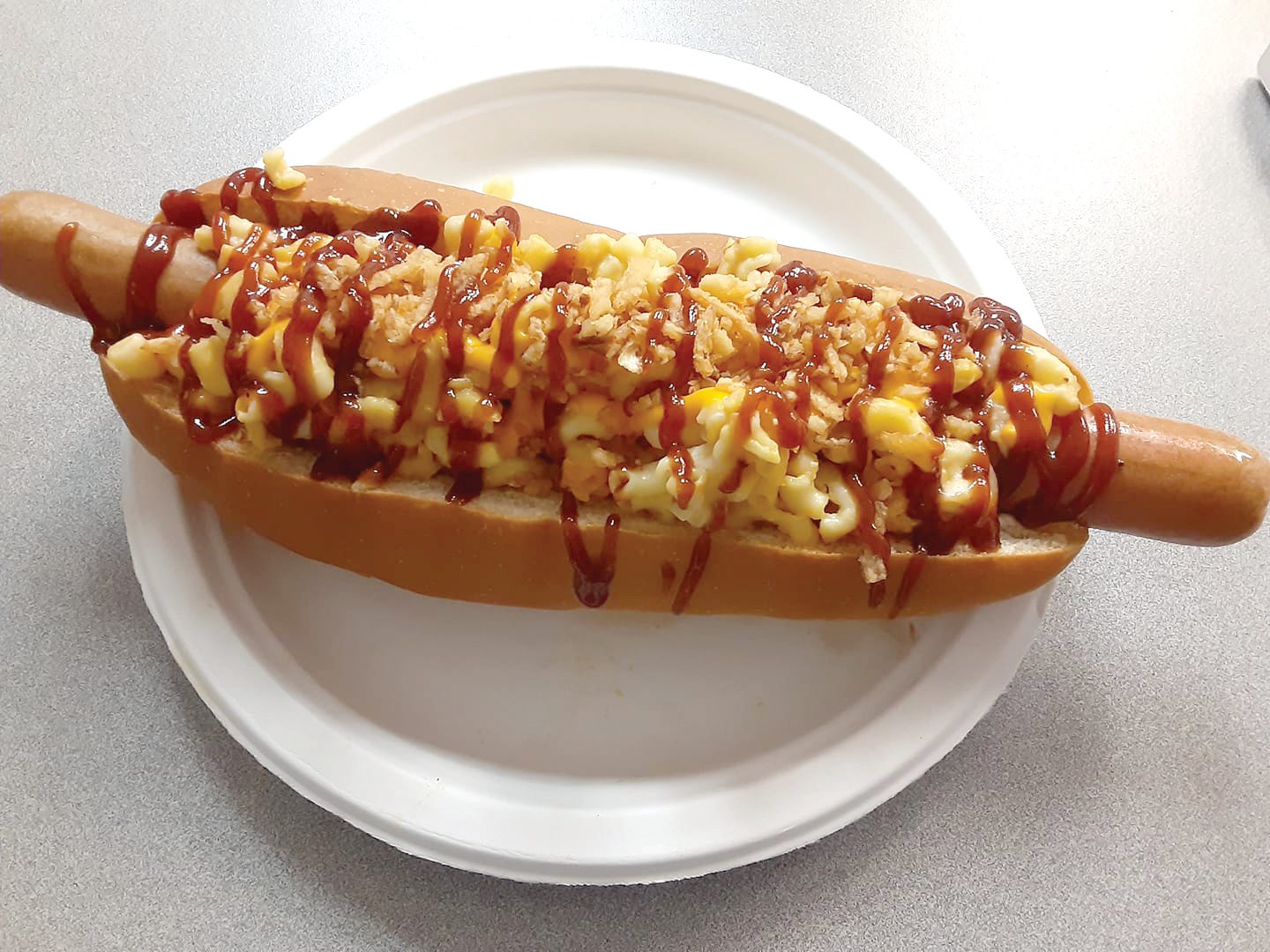 A new family-friendly gourmet hot dog restaurant is now open in Haslett. Cheezy D’s Deli & Dogs specializes in a wide-range of Coney dogs, chilidogs and other creative specialty dogs that are a cut above what you can find at your typical diner.

Owner Denny Emmer touts the 16 different hotdog variations. Styles range from the “Plain Jane,” which is just a regular ketchup and mustard hot dog, all the way to an extreme dog known as ‘The Duke,” which has bacon, macaroni and cheese, barbecue sauce and red onions.

“That one is really popular,” Emmer said.

Despite the extreme carnivorous options, Cheezy D’s also carries a vegan option called “Where’s the Beef?” Cheezy D’s also offers a ton of options for ice cream. All of Cheezy D’s ingredients are local to Michigan, Emmer said. Cheezy D’s swears by Better Made potato chips and Koegel hot dogs. The Coney sauce is homemade too.

Emmer said Haslett has responded to Cheezy D’s soft opening with a voracious appetite. The restaurant is gearing up for its grand opening on Aug. 23, which will allow customers to actually come inside the restaurant instead of just dining at its outdoor picnic table setup.

“It’s been overwhelming. We’re having a tough time finding help because of COVID-19. I’m there 15 to 16 hours a day. We had to close the kitchen on Sunday just to prep. It’s nothing to come in on an evening and see 30 to 40 people in line,” Emmer said.

This isn’t Emmer’s first foray into the restaurant business. His family owned an ice cream parlor for several years in East Lansing back in the mid-’00s. Emmer was inspired to get back into the restaurateur saddle by a desire to bring a nice sit-down restaurant to Haslett that was appropriate for all-ages.

“I’m a fifth-generation Haslett resident, my kids are sixth-generation, and so we’ve been here a long time. We’ve got three bars in Haslett and two breakfast restaurants, there’s really nothing for midday lunch — somewhere you can come in quick for ice cream, a hot dog or a sub or a sandwich or something,” Emmer said.

Emmer said Cheezy D’s was supposed to be open as far back as March, but the coronavirus got in the way. Shut downs and delays at the local health departments prevented anybody from getting out to Cheezy D’s, so the restaurant wasn’t ready until June.

Emmer wants Cheezy D’s to eventually become a popular community-gathering place for Haslett. He said the bike trail connecting Haslett to Lansing has also brought in a pipeline of hungry bikers.

“We’re right across the street from the lake, so if you’re coming from the park it’s a good place to stop in if you want a soda, hot dog or ice cream cone,” Emmer said. “We’re getting people from Lansing in on their bikes, it’s sort of becoming a destination for bikers.”