Starting Oct. 17, public transportation will only provide service on the perimeter of 32-acre retail landmark 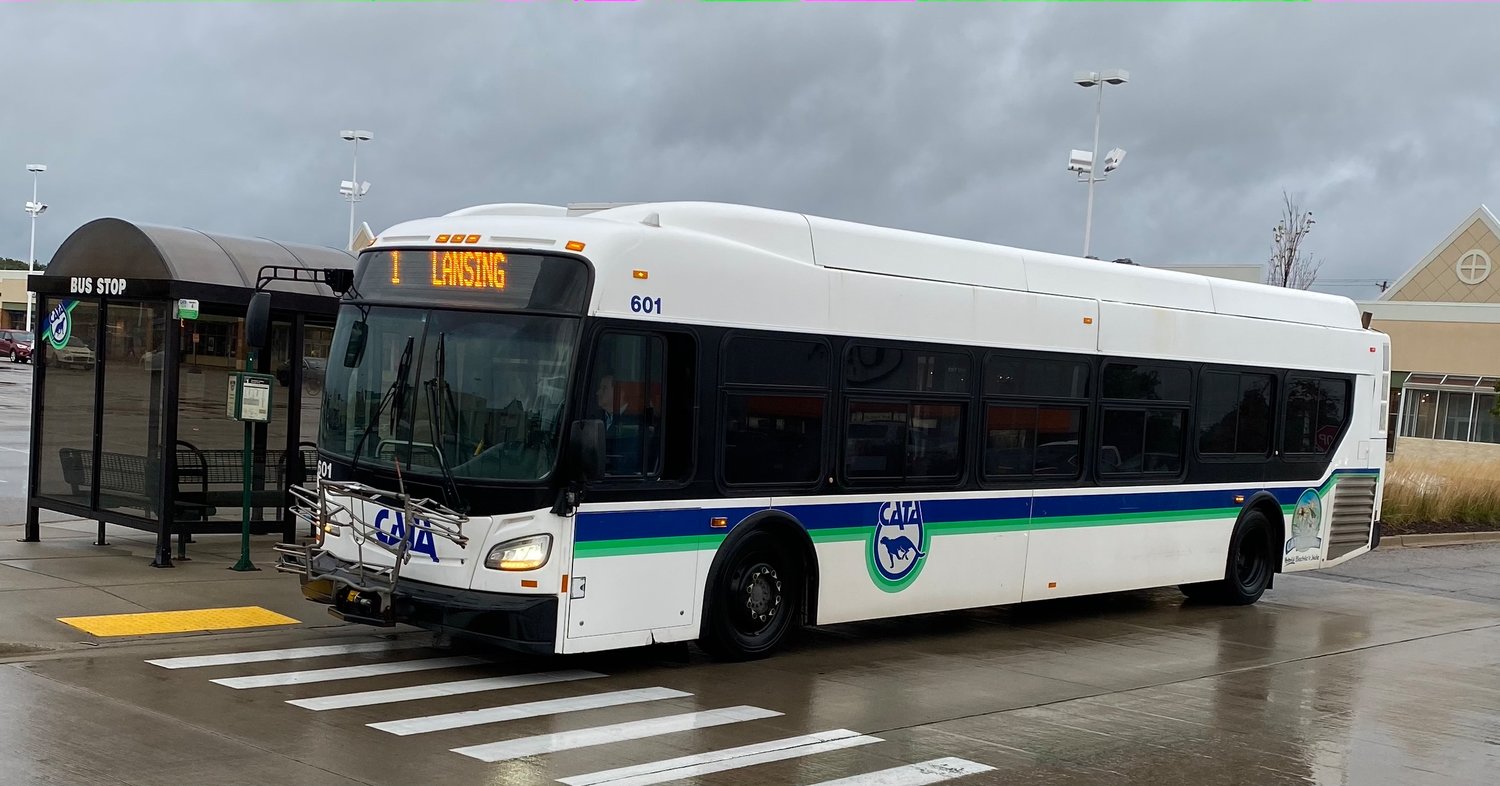 A No. 1 bus in Frandor Shopping Center this evening. Frandor's management has informed CATA it is ending its agreement to allow buses in the shopping center over safety concerns.
Berl Schwartz/City Pulse
Posted Monday, September 26, 2022 11:34 pm
Todd Heywood

MONDAY, Sept. 26 — Frandor is kicking out CATA in three weeks because the shopping center’s management says bus shelters and some riders pose “many safety concerns for our customers and employees.”

As a result, the company  has ended an agreement to allow the publicly funded transportation agency to run its routes through its property, effective Oct. 17. The 1, 13 and 15 routes cross there. CATA will remove its two bus shelters, leaving cement pads.

Corr notified CATA in a letter dated Aug. 1. The letter, however, was sent to the agency’s downtown bus station, instead of the business offices located on Tranter Street in south Lansing. As a result, CATA didn’t find out until Aug. 17, setting in motion two months’ notice to end the agreement.

The letter provides no details for Corr’s decision. However, in a follow-up email on Aug. 30 from Corr to Dustin Hagfors, CATA’s director of planning and development, Corr accused the users of public transportation of causing public safety and health concerns.

“As we discussed, there have been many safety concerns for our customers and employees that are not being addressed, he wrote.

“Unfortunately, the changes to various laws/ordinances the City have put in place have greatly hindered the ability of police to affect significant progress. The Cata shelters are being used as a ‘safe haven’ from LPD and our security staff and, almost daily, are used as a roof over their heads for the purpose of sleeping, living, drinking and loitering. And, when called, the police do not remove them from the property for the above referenced issues we continue to have here. Also, when violators find out LPD won’t remove them, it emboldens them and word spreads. Usually, the police just let someone get on the bus….and they sometimes return the same day by bus.”

Corr claimed LPD has been called “over 150” times by mall staff and retailers.

“A majority of those calls involved the two bus stops in one way or another,” Corr wrote to Hagfors. “The stops have become a conduit in addition to a hangout for these individuals.”

He did not respond Monday to a phone message left at his office in Frandor.

Lansing Mayor Andy Schor said concerns about the shelters were first raised in February. In meetings with the police, he was told there had been one report to the Lansing Police Department. He said he spoke with Corr, and he was set on the end of the bus shelters and stops in Frandor’s interior.

“He was clear that they needed to go,” Schor said. “There were homeless people living in the shelters. People who worked in Frandor or shopped and used the bus complained. We can’t have a police officer stationed there 24 hours a day. If they want they could trespass people, but that’s not really what the officers want to be dealing with.”

Schor said ultimately the issues Frandor was struggling with are present in other parts of the city. He pointed his finger at an inadequate safety net, particularly for the area’s homeless population.

“Many of the people who are homeless are struggling with substance abuse issues,” he said. “And as you know our shelter system just isn’t set up to handle that. They require people to be sober to sleep there and they ask people to leave during the day without any place to go. It’s a problem facing the whole city.”

Corr noted that stops on Clippert Street to the west of Frandor, Michigan Avenue on the south and Saginaw Street on the north will continue to operate unhindered.

The distance from the Kroger store to Staples, where the major stop at Michigan Avenue is located, is three-tenths of mile, according to Google. One woman who was waiting for a bus this evening said she did not know how she would be able to grocery shop without CATA, since she does not own a car.

CATA board member Mark Grebner said tonight that CATA is in talks with developer Pat Gillespie, who owns the old Sears building, about possibly using property there for a stop.

“Gillespie seems to be friendly to transit,” said Grebner, who is also an Ingham County commissioner. He said the CATA board has been holding its meetings in the Sears building at Gillespie’s invitation.

Grebner said CATA is unlikely to fight Frandor’s decision, but he wondered if organizations representing the disabled might. He said he was certain that Frandor could not keep out Spec-Tran, CATA’s service for riders unable to use regular buses.

“We are particularly concerned about senior citizens and people with disabilities getting to vital services like pharmacies and the grocery store from the bus,” she said. “There are few if any sidewalks.”

Robison said it is unclear what the agency will do to assist those in need, or what new route configurations will look like come Oct. 17.

Hint: The power of second chances