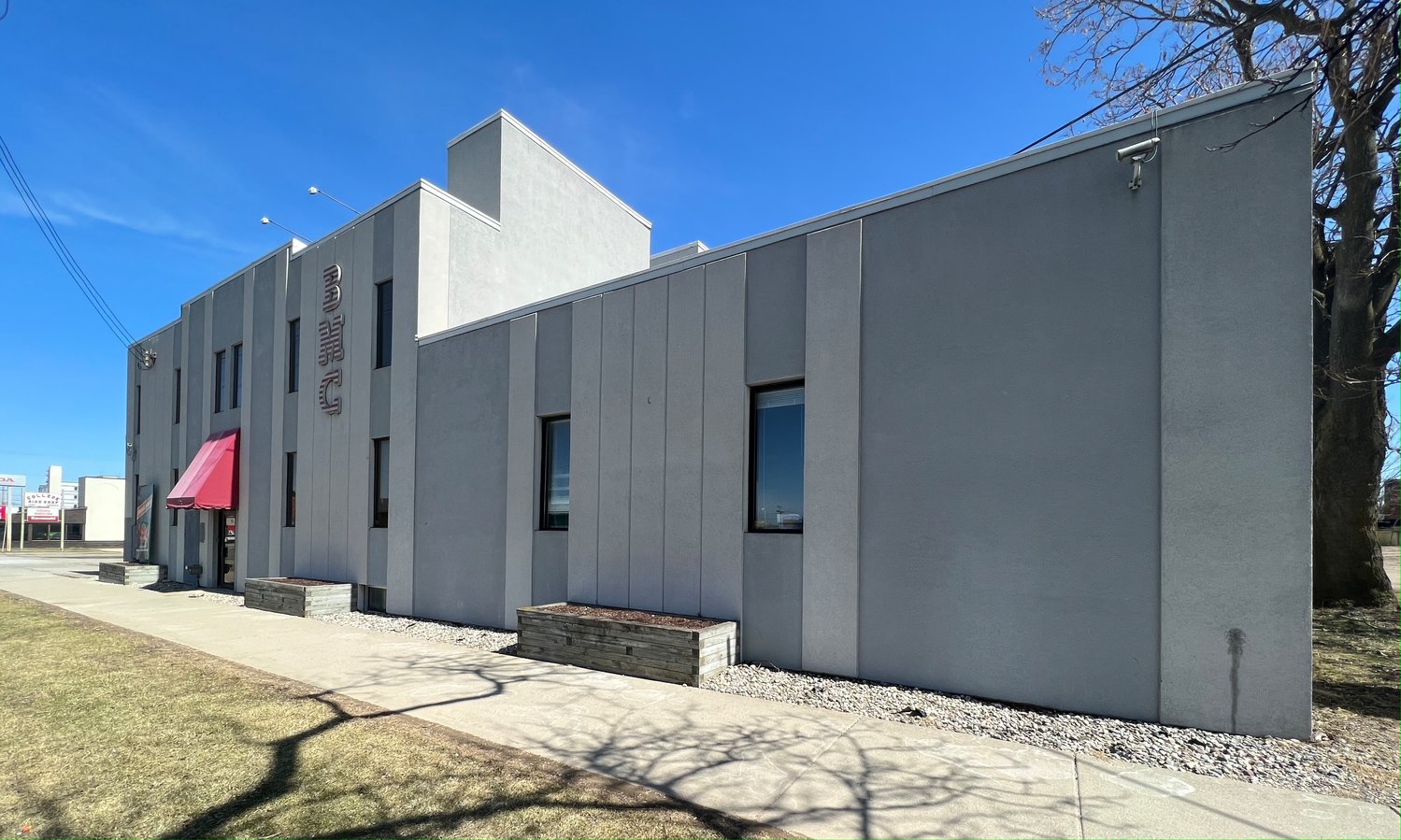 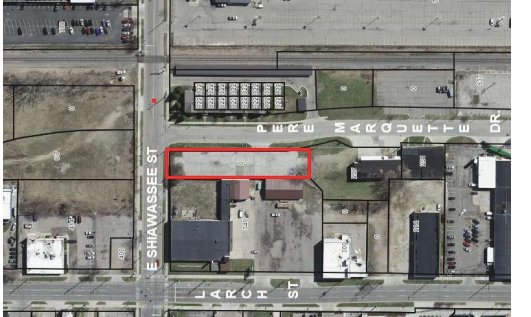 WEDNESDAY, March 30 — An offer to buy a half-acre parking lot from the city could lead to the development of a new corporate headquarters for an unnamed company on Larch Street.

Developer Pat Gillespie offered $125,000 this week for a city-owned parking lot on the southwest corner of Shiawassee Street and Pere Marquette Drive on the edge of the city’s Stadium District. And if the deal goes through, Gillespie hopes it’ll clinch his plans to entice an unnamed corporation to move its headquarters to a nearby vacant building on Larch Street.

“The Stadium District has seen a lot of different things. A corporate headquarters is not one of them,” Gillespie explained at a meeting of the Lansing City Council’s Committee on Development and Planning yesterday afternoon. “They’ve seen entertainment, housing and retail. That added office component that brings people from 8 a.m. to 5 p.m. is different.”

Two corporate entities, which Gillespie refused to name citing non-disclosure agreements, are considering moving their office headquarters to 300 N. Larch St., a long-vacant meatpacking plant that the Gillespie Group bought back in 2015 for $265,000, according to county records.

One company is considering repurposing the 1,600-square-foot building, Gillespie said. The other wants to tear it down and rebuild a much larger, 40,000-square-foot office building in its place. But first, Gillespie said he needs to buy the adjacent parking lot to make it all possible.

“They need parking in order to do that. Our competitive disadvantage right now is parking, so we’re trying to get enough parking to make this an attractive site,” Gillespie told the committee. “I think we’re going to land one of the two if we can put this together. I feel pretty confident.”

Economic Development and Planning Director Brian McGrain said the 40 parking spaces there are routinely empty and that the city no longer has an interest in maintaining the property. Revenues from parking permits at the lot have also rapidly declined from $14,099 in 2019 to only $1,951 last year.

“This lot, we essentially see as excess at this point,” McGrain said. “Getting this off our inventory and perhaps into the hands of someone else who can use it for redevelopment is a win-win.”

Details about the potential redevelopment remain scarce, but one thing is certain: a rooftop bar. Gillespie described both companies as “cool, hip” corporate entities that want to entice young professionals with an opportunity to booze it up and watch a Lugnuts game on their new rooftop.

“That sounds weird in today’s world — more office — but they want to be able to look down into the ballpark,” Gillespie said. “Both of these companies want to attract a cool, hip, attractive workforce and they think putting a rooftop bar on top of this place would attract that workforce.”

The City Council is expected to vote on the sale next month following the April 11 public hearing. And if all goes according to plan, Gillespie said he hopes to lock down his plans by next March. In the meantime, he plans to keep tight-lipped about which specific companies want the space.

“He hasn’t told us either,” McGrain quipped.

The Gillespie Group owns several other properties across the Stadium District, including the grocery-hotel combination on the 600 block of E. Michigan Avenue and the former Clara’s Restaurant building across the street, which is now being renovated into a Starbucks store.

A vacant warehouse facing Pere Marquette Avenue that’s adjacent to Lot #50 is also owned by the Gillespie Group and will be “part of a bigger redevelopment in the future,” officials said.

Additionally, a “fitness user” plans to open up shop this fall at another nearby Gillespie property at 154 S. Larch St. About 2,500 square feet of first-floor retail space is also available next door. A spokeswoman for the Gillespie Group said the company is working to attract a new physical therapy office or a small, sandwich and smoothie restaurant to the site.