Graham Diedrich: ‘People are tired of the status quo’ in politics 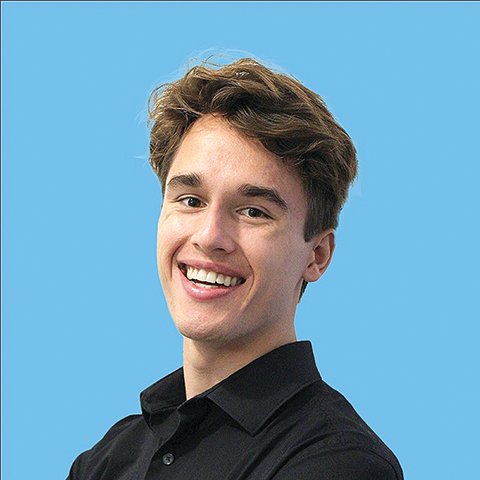 Why I’m running: City Pulse is running an occasional series of opinion pieces by candidates who have filed for the Legislature in mid-Michigan. Email publisher@lansingcitypulse.com if you wish to participate.

(Graham Diedrich is a Democratic candidate for state representative in Michigan’s 75th District, which includes portions of Ingham, Clinton, and Shiawassee County. He lives in Haslett.  His website is viewable at www.grahamdiedrich.com.)

In 2020, we showed up for Democrats. In 2022, it’s time for Democrats to show up for us. Our state is facing the preventable impacts of climate change, an affordability and housing crisis, the pandemic, gun violence and racial injustice. But instead of doing their job, corporate politicians in both parties continue to prioritize their own financial interests. Working- and middle-class families continue to suffer as elected officials take more and more money, day in and day out.

But I’m not a politician, far from it. I wasn’t raised by a political dynasty, groomed to run for higher office. I’m a community activist, a climate researcher and a rising educator. And I’m running to represent you in the state House because I believe that better is possible, if we demand it. It’s time for someone to stand up for us.

Michigan should be a place where people can thrive and build a future. Families who make less than $65,000 a year deserve tuition-free college and trade school. Our environment and posterity must be prioritized with a bold climate action plan that stops Line 5, implements comprehensive polluter pay legislation, and transitions Michigan to solar and wind energy with the utmost urgency. And it’s essential that the systemic root causes of racism and other forms of hatred are identified and rooted out by much needed reforms to our institutions.

I’m committed to delivering on promises unkept by the political establishment in Lansing. When I announced my candidacy back in April last year, special interests woke up. The careful, calculated game of moving positions from one political insider to the next had been disturbed by a first-time candidate with the hopes of delivering for the people, not corporations. Almost immediately, I was asked to renounce my candidacy. They told me that I was too young, too naive, and incapable of winning. Wait a couple of decades, then you can have your chance. Unfortunately for them, people choose who will represent them.

These conversations always return me to why I’m running in the first place: for real and actionable change. People are tired of the status quo. Tired of having to choose between the lesser of two evils. Tired of voting for the same politicians over and over again.

The next generation of political leaders aren’t those who have walked the halls of government for decades. It’s people who have walked the corridors of life and it’s challenges. Ordinary people who desperately want better for themselves, their children, and their community. We know the issues, we have solutions, so why not us? Let’s make a future that we are proud to call our own.

On Aug. 2, I’m asking you to lend me your vote for a chance to build something greater. A society that is equitable and just for all. A system that stands up for you when you stand up for it. A government for the many, not the few.