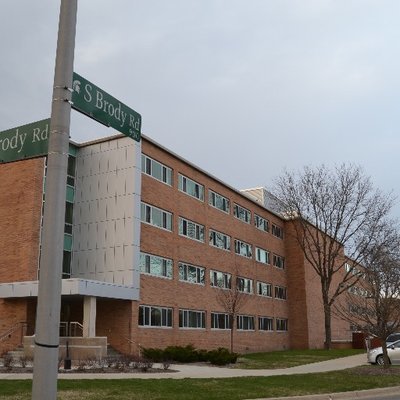 Police were dispatched at 12:45 a.m. because of a complaint about a person with a stun device, Interim Deputy Chief Chris Rozman said. “Officers spoke to witnesses who saw the device, and then the officers located the person in possession of the device.”

“The device (a Monster 36M) was seized and placed in evidence (and) a criminal weapons report was taken,” said Rozman, and the report was forwarded to the Ingham County Prosecutor's Office requesting charges be issued.

Rozman said that the young man was showing the weapon to others at Bailey, resulting in the call to police. He said there was no evidence the accused threatened anyone or pointed the weapon at anyone.

The weapon is a readily available and inexpensive stun device that is rechargeable and outfitted with an LED flashlight, online research shows.

The young man faces an MSU ordinance violation for possessing the weapon, although prosecutors could choose to increase the infraction to a state law violation, he said.

The accused was a guest of a student, although he was not with that student at the time, and was asked to leave Bailey Hall, he said. On Monday, the university issued a trespass warning to the guest that subjects him to arrest if he comes on campus again.

Bailey Hall is in the Brody Complex. That’s the same neighborhood where an 18-year-old freshman was found with weapons Oct. 1, 2021.

The incident occurred 40 minutes before a shooting in downtown East Lansing left one injured. Investigators said 31 shell casings were found at the scene of the shooting, reported WILX TV.