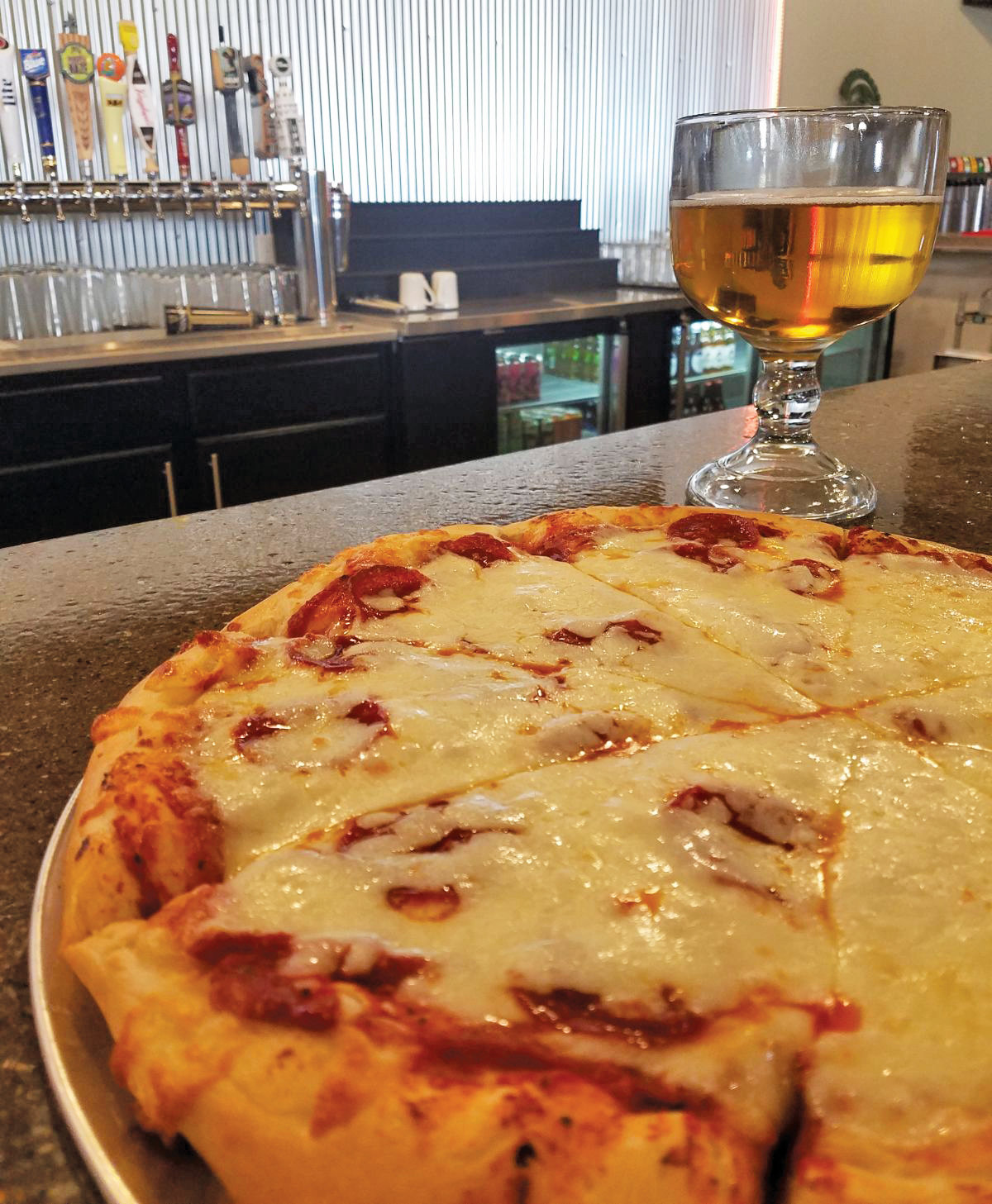 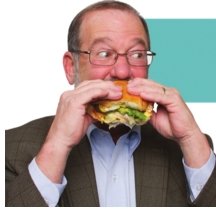 In the Restaurant Reviewer’s Handbook (if one exists) is the ironclad rule that “under no circumstances shall a reviewer invoke personal nostalgia. This crime is punishable by seven years of bad dining.”

Screw it. For me, Art’s Pub is a tidal wave of nostalgia and not all of it is the happy kind.

This used to be Art’s Bar, a traditional watering hole for us newsies from the Lansing State Journal. Lacking huge, breaking news, we could leave work by 1 a.m. on Friday and Saturday nights, and make it to Art’s for last call.

On Thursdays — payday — Art’s is where we would chow down on fried bologna sandwiches, chased by several beers. Yes, those were the days when you could drink your lunch.

The fried bologna sandwiches were on the menu because our daily columnist, Jim Hough, was a big fried bologna fan. Dear Jim has passed, as have several LSJ colleagues. One of them, Bob Gross, was renowned for his coverage of high school sports. Bob died too young and was tragically murdered. To its great credit, Art’s Bar memorialized Bob, with a brass plaque embedded in the bar top near the chair that was always reserved for him.

Why am I piling on with long-ago details? Because the Bob Gross memorial plaque is still there in Art’s Pub, a place that not merely nods to the past but embraces the factory bar vibe which epitomized Art’s Bar. The difference? Art’s Pub has shot its menu into the stratosphere. Blue-collar bar meets creative, urban cuisine.

There are so many stars in Art’s constellation, it’s hard to know where to begin. Gone is the bologna sandwich. In its place are arepas, mini-tacos that are common street food in some South American countries. Art’s charges $3 each for this finger food, packing the fried, white corn wrap with everything from beer-battered pollock to pulled pork, lime crema, cilantro and refried beans. Eight arepas renditions are offered. The pollock version was the rock star of the three we tried.

Judy ordered Voodoo Fries ($9), a take on the classic Canadian comfort food, poutine. Here you had fries covered with pulled pork, gravy, cheese curds, scallions and an egg, sunny side up. I am not a “fry guy” but these were utterly amazing, with all the right tastes and textures.

Our second visit to Art’s Pub became something of a mini family reunion. Granddaughter Reagan, a newly-minted Californian, was home for a visit. Our party of 10 gathered at Art’s to celebrate her return.

Reagan is a vegetarian who loved the tofu-based meatless wings with dipping sauces ($15). She disliked the single-use plastic cups for the sauces.

My Hillside Burger ($9) is a vegetarian’s nightmare and a carnivore’s delight. The hamburger patty was cooked medium as ordered, topped with pulled pork, pepper jack cheese, slaw, a medium-fried egg and barbecue sauce, all wedged within a sourdough bun. Though the egg yolk began oozing out after the first bite, I didn’t care. This is a great burger, one of seven burger iterations on the menu.

I sampled several dishes that evening. Sara ordered the Carne Asada Waffle ($10), a savory cornbread waffle topped with beer cheese, steak, bacon, scallions and pico de gallo. The flavor combinations were first-rate. “One of the best savory waffles I’ve ever had,” Sara said.

Art’s Pub’s menu is sweeping. I counted eight variations of wings, and pizza combinations that appear to stretch into infinity. And there’s breakfast anytime. Ten breakfast entrees are available.

With 10 people around a restaurant table, varied opinions inevitably surface. The chicken wings got mixed reviews. David called the Jamaican jerk wings amazing, while Kelly thought some of her wings were fatty and tough.  Wings range from $10-$26, depending how many you order.

There was one unanimous vote. The welcomed but overly bright sunshine streamed relentlessly through a large, garage-style overhead door. People, not just at our table, were continually holding up menus to shield their eyes from blinding sunshine. Curtains or blinds, please.

Art’s bills itself as a sports bar, and there is no mistaking it for a prim and proper dining establishment. I counted 11 TVs scattered around the place. This was March, so there was an updated NCAA men’s tournament bracket at the door.

On both visits, we found the service friendly and efficient. Best of all, despite the slight name change and the huge menu overhaul, the soul of Art’s Bar lingers. Art’s Pub has found a home in the heart of Lansing, and it fills my heart to know this place, that holds so many memories, is now creating new ones. 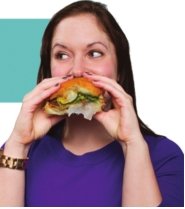 One of the things that I love the most about Lansing is our strong sense of identity. We aren’t a city that has a rich family footing our bill. We aren’t the largest or the richest city in Michigan, and we don’t have a Great Lake or a professional sports team. Who are we? We’re Oldsmobile. We’re state employees and Sparrow nurses. We’re MSU professors and GM workers and Southsiders. We’re Sexton grads who take our kids to Impression5 and spend the 4th of July at a Lugnuts game.

And where do we get our pizza? Art’s. When Art’s Pub (formerly Art’s Bar) shuttered a few years ago, it left a hole on Kalamazoo Street that overshadowed the physical loss. When it reopened last year under new (and native to Lansing) ownership, the building had been remodeled, the name had been changed, but the pizza remained the same.

If you haven’t had it, let me try to explain what makes it a cult favorite. The dough is pillowy and has to be hearty enough to withstand an absolute onslaught of cheese, because each large, regular crust pizza is getting about a pound and a half of freshly shredded mozzarella. The dough is made fresh every day at Art’s, and the sauce is made in-house as well. While my favorite is a thin crust with pepperoni and green peppers, this new iteration of Art’s has changed with the times and offers gluten-free crust and vegan cheese.

If you’ve heard people wax poetic about the pizza at the Portland Party Store, as I have, it makes sense that the man who developed that recipe implemented it at both institutions. The new owners of Art’s tracked him down and even trained with him for a few days before reopening the restaurant, and I know that longtime lovers of the party store’s pizza appreciate the continuity and tradition.

This pizza isn’t for the faint of heart, and you are not going to eat a large by yourself. Each slice is positively laden with toppings and one slice is enough for lunch.

When I can tear myself away from the pizza, my new favorite thing at Art’s is the breakfast menu. I constantly lament that it’s hard to find healthy restaurant options for breakfast in our area, and while I love a waffle or egg sandwich as much as anyone, sometimes I don’t want to set myself up for a mid-morning crash in the middle of a client meeting. I was tickled to see a veggie-packed omelet on the menu, complete with house-made veggie patty and a generous topping of chopped cilantro. The veggie patty is hearty and evidently made with sweet potato, so don’t envision an imitation meat product. This patty makes no bones about what it is and would never be mistaken for fake meat.

On a lunch visit, I chose the Chicken Parmesan pita with fries and, after a few bites, ripped the pita bread away to get deeper into the chicken parmesan itself. I forgot how much I loved that dish. The combination of a breaded chicken breast topped with marinara sauce and melted parmesan cheese must be one of the world’s greatest combination of ingredients. Mr. She Ate devoured his Philly Cheesesteak Pita and remarked that it was more flavorful than the Philly cheesesteaks he sampled on our recent trip to Philadelphia.

The chicken wings are content to play second fiddle to the famous pizza, although they could be the centerpiece of a menu themselves. Smoked, then flash fried, the wings are just a little bit crispy and impossibly juicy. I tried the spicy dry rub and the buffalo varieties and decided promptly that the buffalo was my favorite. The wings are oversized and extremely meaty. My medium order had about 18 wings, which meant that we had plenty to take home for prime late-night snacking.

Mr. She Ate had the California Chicken sandwich with waffle fries and, although I loved the wings, I was instantly jealous of his order. Super thick slices of bacon were crisscrossed over seasoned, grilled chicken and sliced avocado. Frequently when I order a sandwich, I’ll take the top bun off and eat it open-faced, because the bun isn’t as much of a priority for me as the sandwich contents. This toasted sourdough bun was an exception to that rule, and the smear of garlic aioli made this sandwich one of the best menu sleepers.

A note on call-in orders, whomever has answered the phone when I have called in an order has been easy to hear, knowledgeable on the menu selections and has given me confidence that my order will be correct when I get it home. Service is quick and attentive and the building is sparkling clean. There is now a patio, so you can pretend to be outdoorsy whilst enjoying your pizza and chicken wings. In short, Art’s is a gem in Lansing’s landscape.