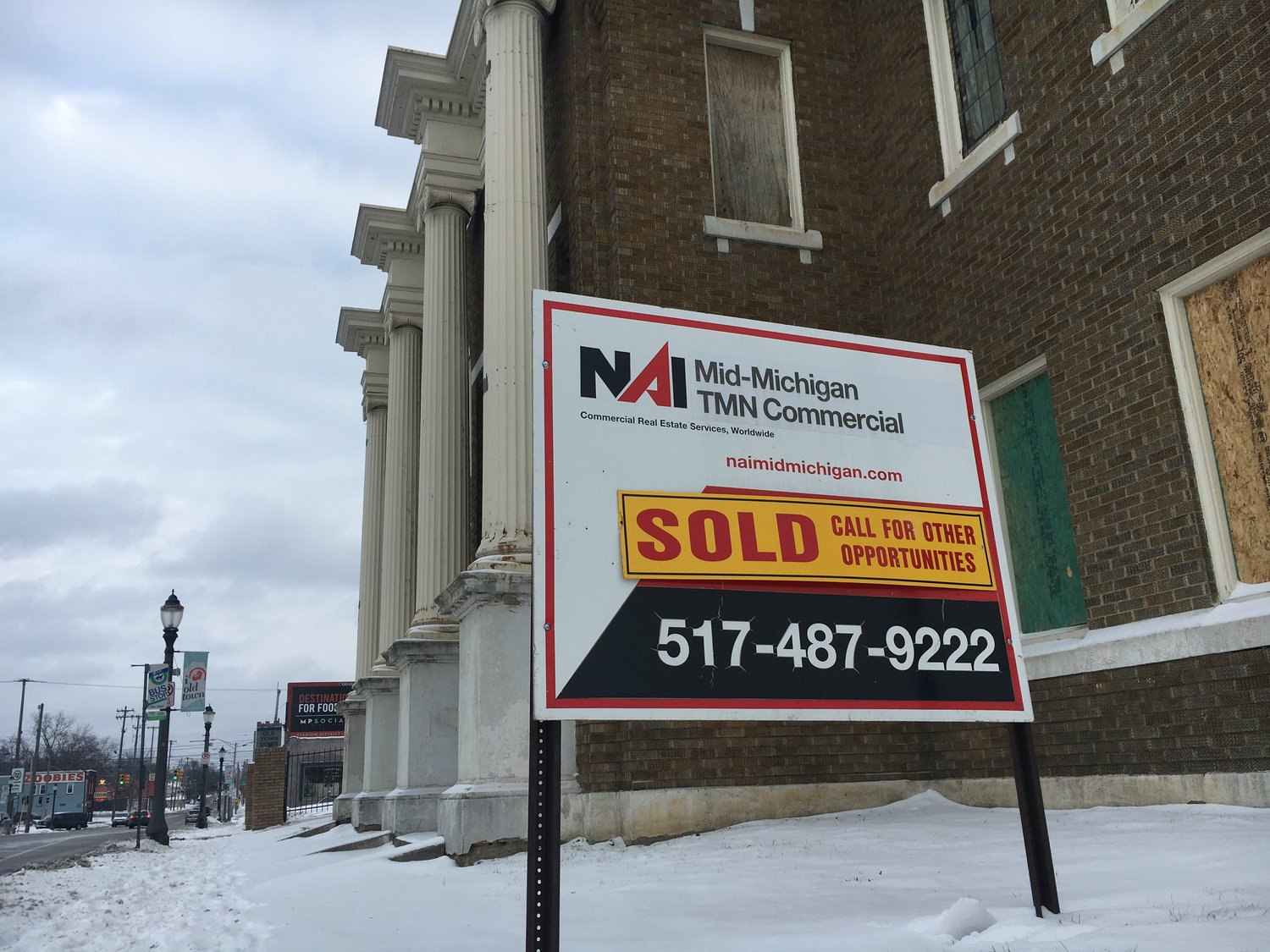 (This story has been updated to clarify the new ownership. The reference to Eric Hanna as the owner has been removed.)

THURSDAY, Feb. 28 — The long vacant former home of the Temple Club, in Old Town, has new ownership with big plans to convert it largely to middle-income apartments.

The landmark building, on the corner of Cedar Street and Cesar Chavez Avenue, sold Monday for $500,000. The buyer is Lansing Acquisition 500 LLC, a subsidiary of Michigan Community Capital, a Lansing-based nonprofit.

“Our mission revolves around community redevelopment and housing targeted at middle-income households,” said Eric Hanna, its president and CEO. “All our recent projects around the state have this focus and many have a mixed-use component and contribute to the revitalization of functionally obsolete or blighted assets.”

Thus far, it has taken on redevelopments in Detroit, Traverse City, Flint, Grand Rapids and other smaller Michigan towns.

“We’ve done 20 projects now and never done one in Lansing in the 18 years we’ve been in business here,” Hanna said.

Hanna said the ground-floor plans call for a small retail component. He said Michigan Community Capital will move its office there from 507 S. Grand Ave.

It will also add a parking structure.

“The Temple building is an important and iconic building in Old Town and has a ton of potential, but it’s too big for a small developer and too small for a big developer,” Hanna said. “It needed an organization with our size and strengths to make it work.”

Hanna, who lives on the northwest side of Lansing, recalled driving by the abandoned building every day going to work and wondering about its future.

“I have always known it to be vacant. It is a really important building to the area and will be a difficult project to do.”

What will be renovated and what will be preserved is still being decided, Hanna added.

Michigan Community Capital is already working to seal the building from the elements. The 11,700-square-foot property was built in 1906 to house the Bethlehem Temple Church.

Much of its upper levels have intact remnants of the original stained glass from over 100 years ago.

“We have stabilized the building and will be working over the coming weeks to preserve as much of the original stained glass as possible,” Hanna said.

In 2000, Old Town developer Diane Burns spent $925,000 renovating the building in 2000 into a music venue while preserving the exterior and much of the interior.

From 2001 to 2006, the Temple Club hosted national touring acts, comedians, politician campaigns and more. It had a capacity of 800 people. Notable acts who visited the venue include Reverend Horton Heat, Patton Oswalt and the Wu Tang Clan.

The cub closed for financial reasons in 2006 and sat unused until a group of investors led by developer Alan Hooper bought it in 2009. Since then, the building was used briefly for the Capital City Film Festival in 2011 and Lansing Makers Network in 2013 for various events.

The additional parking structure plans are necessary, Hanna said. “Density is our plan here and we don’t want to be a burden to public parking. We need to park the retail and commercial space adequately.”

Hanna estimates the group will have a financing and construction closing this year.

“We want people to go out to Old Town and enjoy more affordable housing with a greater quality of life.”