Dates of tour changed from next week because of the heat 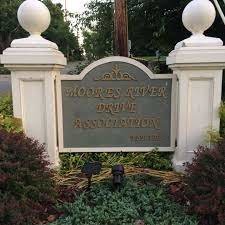 The Historical Society of Greater Lansing will conduct a walking tour tomorrow on Moores River Drive.
Posted Wednesday, June 22, 2022 10:37 am

WEDNESDAY, June 22 — The Historical Society of Greater Lansing will  focus on exterior architecture in a walking tour tomorrow along Moores River Drive.

City Pulse's print edition incorrectly said the tour is next week and that a tour of homes near the Capitol is this week. The Historical Society told City Pulse this morning it had changed the dates.

Tour guide Valerie Marvin will discuss how Belle Maniates, a noted author whose books were made into silent movies, became the first female member of the Lansing Country Club. In addition, there will be a discussion on the summer home of James Moore, a Lansing industrialist and benefactor who donated Moores Park to the city of Lansing.

The Capitol tour next week will proceed  from Elderly Instruments to view the exterior of homes  on Maple Street and Capitol and Ceasar Chavez avenues. The tour will include those of a pilot who not only enlisted in the Royal Air Force in WWI, but also flew planes on one of the earliest explorations of noted arctic and Antarctic explorer George Wilkins; the first founding member of the Lansing Symphony; a female inventor and a suffragette. The tour will finish at the former Pulver Gas Station on Ceasar Chavez, which has been restored by Dale Schrader.

In recognition of Elderly's  50th anniversary, cake and ice cream will be served. Guests may take a selfie alongside a newly restored 1930s era gas pump.

World's Most Expensive Sneakers Will Order Your Pizza

Better Immunity is Just a Spray Away

How to Save Money on Pet Care