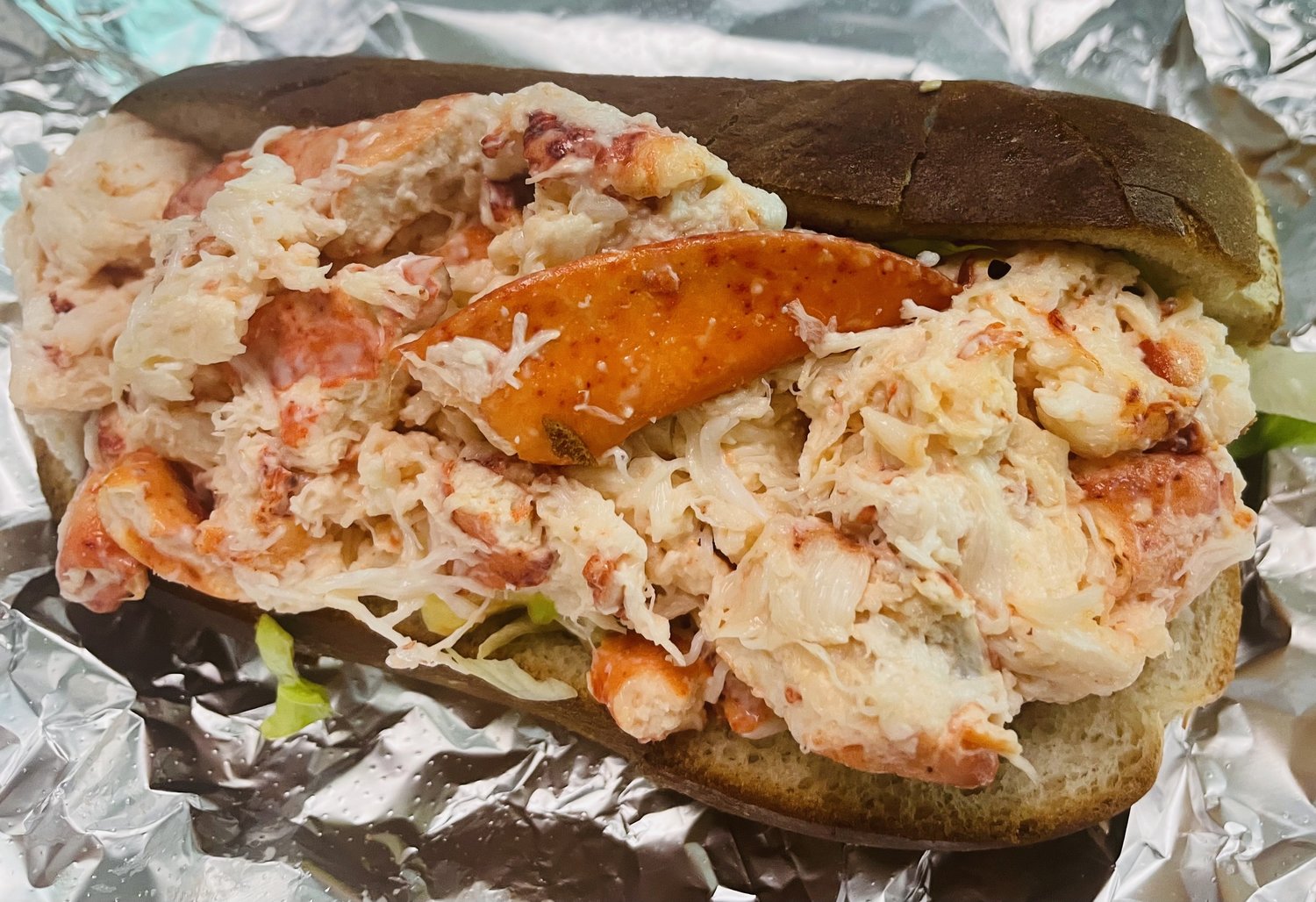 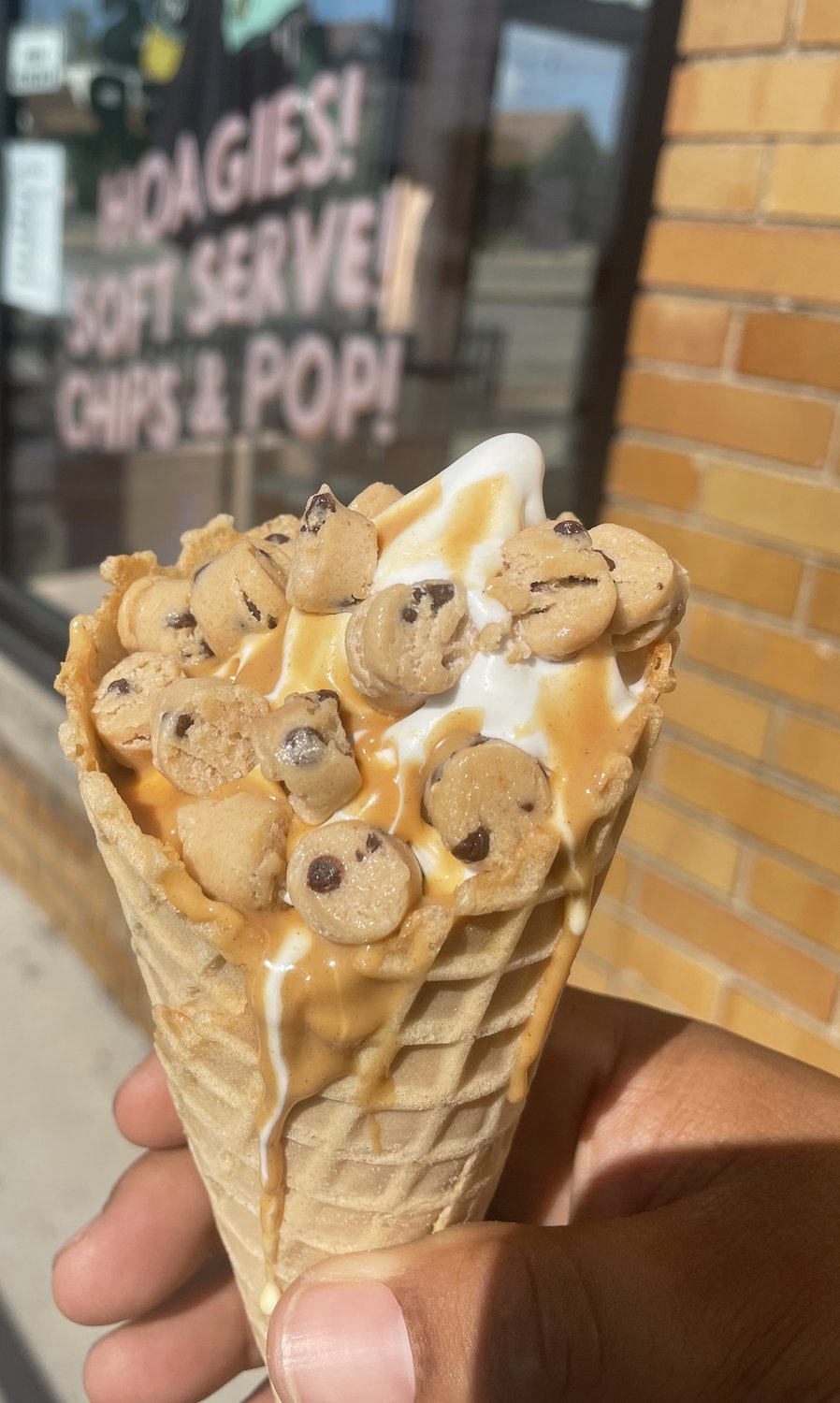 Editor’s Note: Both reviews of Babe’s Corner refer to “hoagies.” Research shows various arguments over what is the difference between a hoagie and a sub, none conclusive. But they all seem to agree on one thing: It’s a hoagie in Philadelphia and South Jersey. Elsewhere, it’s a grinder, a hero or a sub, as Midwesterners call it.

Before talking about the food at Babe’s, I would be remiss if I didn’t mention the recent Facebook flap created on its page that made a strong statement against another local restaurant.

It seemed to me a shot across the bow, and while it has resulted in dozens of comments in response, it’s a choice I wouldn’t have made as a business owner. As a customer, it’s extremely off-putting. While I recognize it has the opposite effect on others, I can only share my experience. There is room in this community for both businesses, and Babe’s management would be wise to reconsider posts that alienate their customers.

That said, the subs (or “hoagies” as they’re referred to at Babe’s) are the best downtown-adjacent sandwiches in the game. Mr. She Ate and I have been fans of Babe’s when it was still called Bango’s food truck. The food was always unique and the breakfast potatoes are to die for. We have been to Babe’s many times since the storefront opened on Michigan Avenue, although most of those visits have been for ice cream. Babe’s offers a few flavors of soft serve that rotate weekly, and one of the options is always vegan. Granted, I don’t have extensive experience with vegan ice cream, but Babe’s seems to have cracked the formula for making the creamiest, most delicious vegan ice cream on the face of the earth.

The hoagies are Babe’s focus, and the attention to every detail is evident. The hoagies are all named after women, which is quirky but also makes it difficult to remember which varieties you liked unless you keep a running list on your phone. The bread is soft and white, covered with white sesame seeds, giving it a little extra flavor and texture. No matter which hoagie you choose, the fillings are generous, and a half hoagie will make for a satisfying lunch (or a normal lunch and a giant afternoon snack when you find a little bit more room in your stomach).

On a recent visit, we shared half-sized portions of the Betty, Judy and Margaret. Mr. She Ate’s favorite was the Betty, a savory combination of sliced turkey, muenster cheese, mixed greens and peppadew peppers and finished with pesto mayo and a balsamic glaze. Peppadew peppers aren’t traditionally spicy and bring more of a sweet heat to the sandwich, delicious when paired with the creaminess of the muenster and the herby richness of the pesto mayo.

My mother’s name is Judy, and she’s one of a kind. It’s appropriate that the Judy hoagie boasts a couple of unexpected, inspired components because that’s a perfect way to describe our matriarch (whose grandchildren call her, exclusively, JuJu). This Judy starts as a classic veggie sandwich, with double the amount of provolone cheese, sliced tomato and shredded iceberg lettuce. But adding red onion, pickles and peppadews kicks everything up a notch and gives vegetarian diners an option that feels like the main character and not an afterthought.

My favorite sandwich of the bunch was the Margaret. The turkey, prosciutto and muenster were set off by the addition of banana peppers and bang bang sauce, which is spicy (but not too spicy) and creamy. I added a note to my phone. I appreciate that all iceberg lettuce is shredded, which makes the hoagie easier to eat and prevents the seismic shifting of toppings that can happen with a giant leaf of lettuce coming in contact with turkey or mustard.

From what I gather, the proprietors of Babe’s come from Maine, and their state of origin showed this summer with the wildly popular temporary addition of a lobster roll to the menu. These rolls were a special, and they were received with enthusiasm by the community. Mr. She Ate and I frequently reminisce about our family vacation to Maine a few summers ago, pre-pandemic and pre-Baby Girl She Ate. We sampled upwards of a dozen different lobster rolls, and he contends that Babe’s version is better than everything we had during the trip. Babe’s lobster roll includes mayo, not butter, and for those uninitiated into lobster roll territory, these are the two competing camps. I prefer the butter version by a hair, but Babe’s could make me a believer. The mayo is a suggestion, a mere vehicle with which to keep the chunks of lobster meat together because the lobster is what you’ve come for. Keep an eye on Babe’s Facebook and Instagram pages, and if lobster is reintroduced, get there before it sells out.

Babe’s also sells Fox Family potato chips, unavailable for purchase in Michigan and shipped in from Maine. I’m a sucker for a regional specialty item. The vegan and vegetarian options at Babe’s are perfectly executed and extensive. The prices are a few dollars more than the traditional options, which is easily explained by the fact that vegan deli “meat” is more expensive. I have sampled many of the vegan hoagies and they are just as delicious as their traditional counterparts, if not better.

The Greater Lansing area is fond of sandwich shops. A quick Google search will find you no fewer than 30 options — excluding national chains—that seem to occupy space in nearly every strip mall or storefront across the tri-counties.

Whether you prefer a sub, panini, wraps or bagels, there are plenty of choices to satisfy your handheld hunger. But the hoagie is probably one of the better tributes to the British Earl of Sandwich’s legacy. A large split roll (not a bun) is filled with meat, cheese and veggies. Then, the hoagie is coated with either basic condiments or more extravagant toppings like compound butter, dressings, or cream cheese.

This month’s destination, Babe’s Corner, along the Michigan Avenue corridor, is a wonderful shop with upscale delicatessen offerings, plenty of hoagie options and a few surprises. Babe’s has a few quaint seating options inside and out and a mask-on policy, so be prepared when ordering in or picking up. Service is quick and friendly.

The rolls that all of Babe’s hoagies arrive on are a star unto themselves. Soft and buttery, the sesame-seeded bread is substantial enough not to evaporate under the weight of a thick sauce coating. I tried several meatatarian sandwiches, but please know that the menu has nearly 20 vegan or vegetarian options. Each sandwich has a name like Pearl, Harriet, or Audrey, which harken back to bygone eras with a resurgent twist.

I enjoyed the Lucille: a turkey-based sandwich with mixed greens, parmesan with real Caesar dressing (anchovies included) served on a garlic-toasted roll. It’s almost like a re-constructed salad with enormous croutons. The Fran is equally innovative with its cranberry mayo, which offers a delightful balance of sweetness when paired with the sharp cheddar. It’s also highlighted by turkey, lettuce, tomato (always a ‘Please hold’ for me) and red onion. I ordered both as pre-cut half sandwiches, and thankfully so because “the half” is still a handful!

When we received this assignment, I went to the Babe’s Corner social media pages and discovered they were doing lobster rolls for a limited time that week, but I could not swing by. Thinking I’d missed my chance, I popped in a few times and ordered some other fare. When it came time to sit down and write this review, I saw they had restocked on seafood, and I hopped in the car and drove over. Wow, was it worth the extra trip! A top-sliced traditional Maine roll was filled with a mountain of real lobster meat that gets special delivered from the East Coast. While I am partial to brown-buttered lobster rolls, this mayo-based version was fantastic. It let the lobster shine. I wished I’d bought two.

Babe’s Corner is also an excellent place for ice cream (dairy and vegan options available). I took my three littles on a steamy day for a cool treat, and all three of them fancied Babe’s creamy confections. My toddler opted for the traditional vanilla and sprinkles, but the tween’s mammoth waffle cone with vanilla, cheesecake bites, and peanut butter sauce was worth the dad tax. The sauce was the standout and reminded me almost of a peanut sauce that might accompany chicken satay at your favorite Thai restaurant.

Before my third return trip to score a lobster roll, the waffle cone indulgence was the best bite, but then I ordered a second half of the Louise, and this time I got it toasted. My, oh, my! I was already in love with the Pony Sauce from the cold version of this hoagie, but heating things up made the ingredients croon in harmony. The sauce has a horseradish base, but it’s not so overpowering that your nostrils will flare. Instead, it piques and tantalizes while making room for the salami, provolone and oregano to resonate. Check out Babe’s at the corner of Innovative and Delicious. You won’t be disappointed.