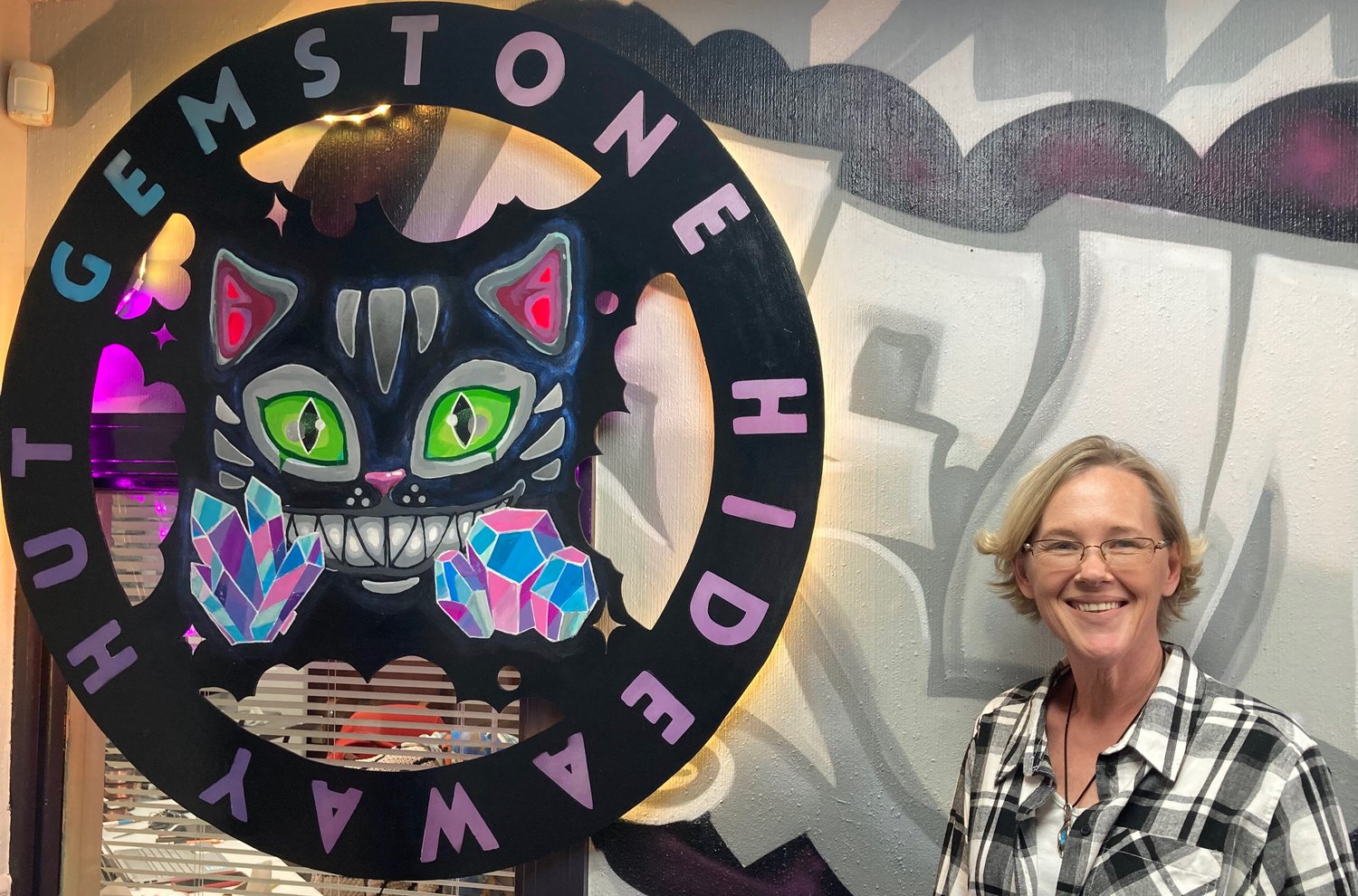 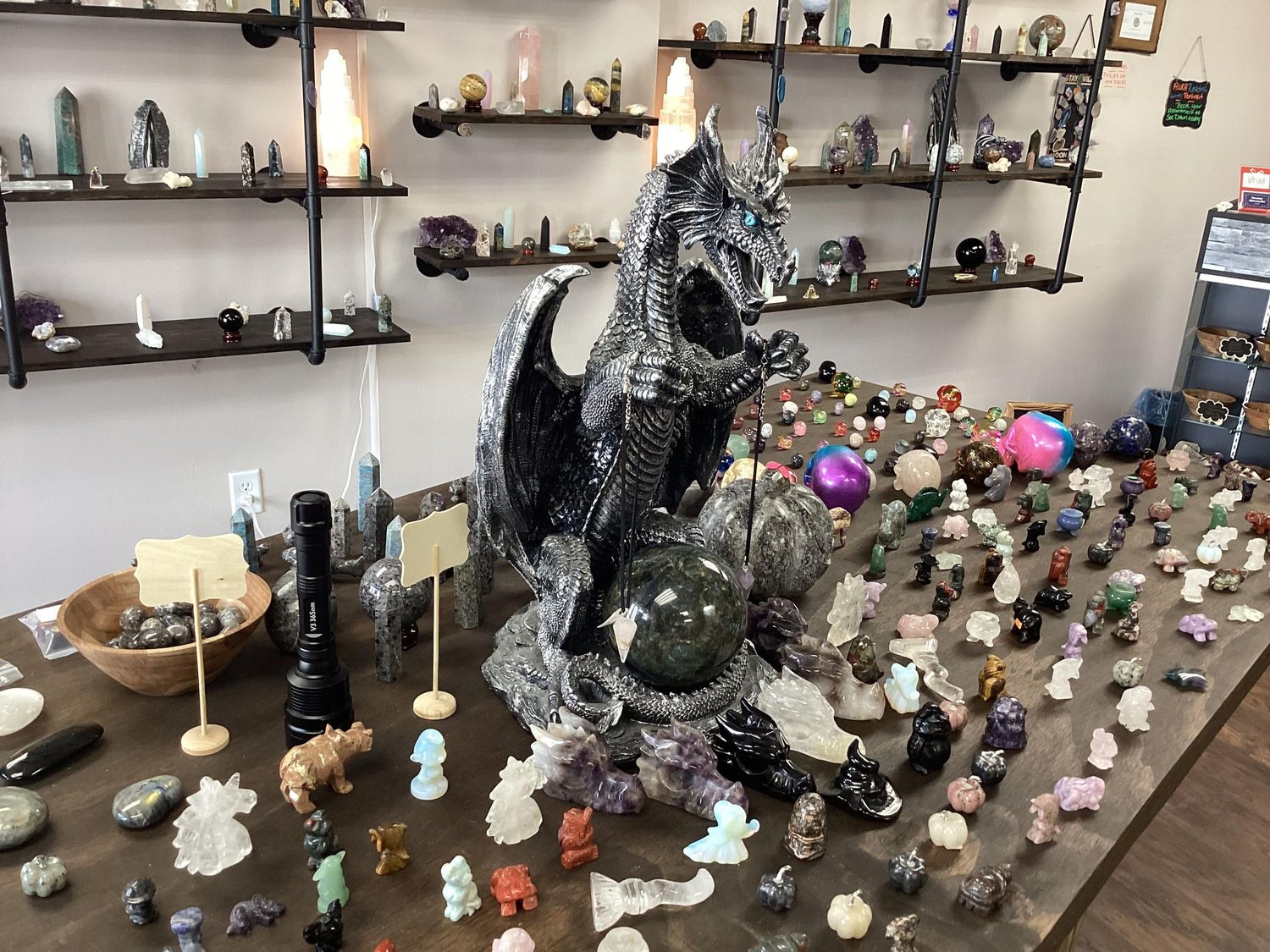 An almost-lifelong resident of Lansing, Cheri Smith, owner of Gemstone Hideaway Hut, thinks her aversion to the Michigan cold is due to her Texas birthplace. Still, it doesn’t keep her down.

“This is truly like a dream every single day, being able to be around the gemstones,” Smith said.

Having had an interest in gemstones and crystals for as long as she can remember, Smith’s avid collecting turned into selling on Facebook Marketplace, which turned into crafting wire-wrapped necklaces from her beautiful and varied stock, which turned into vending at flea markets and craft shows. And yet, she found there was a demand for more.

“After a while, people were asking where they could come and look at my items when I wasn’t at a show,” she said. “So, I started looking into getting a storefront.”

The space this search led her to, just east of Hunter Park on Kalamazoo Street, was formerly a dispensary (shocker!) and then rented by a church. Cheri and her family put some serious love and care into renovating the space, developing the clean, orderly and inviting atmosphere it now possesses. It opened for business in late September.

The store has two floors, approximately 1,000 square feet each. The first floor is a showroom with a dizzying variety of gemstones and crystals, arranged in a pleasing way that leads the eye seamlessly from one stunning, Earth-crafted wonder to the next, found both in their more natural states and chiseled into pillars and figurines. There are sage bundles, locally made Divine Lotus tea blends, incense, candles, Cheri’s handmade jewelry, tarot cards and more.

Speaking of tarot, a card reader holds court on the second floor one day per week, occasionally sharing the space with an aura reader and a Reiki practitioner who are both available for appointments. These can be made on the store’s website, through its Facebook, or by phone.

Apart from being able to spend her days ensconced in her hobby, Smith loves sharing her enthusiasm with others.

“I love helping customers pick out gifts for loved ones or just talking with customers that love gemstones as much as I do,” she effused.

Smith wants to make her passion as accessible as possible. She reports that customers tell her she has the best prices around and explains “If I get a good deal, I give a good deal. I want my customers to leave with money in their pockets.”

While at first, she struggled to answer my question if she has a favorite gemstone or crystal, after a pause, she walked over to a beautiful sphere of stone, swirling with shades of green and crystalized white, looking like a first cousin to our planet.

“Moss agate,” Smith sighed. “You’ll never see two that are similar to each other. It’s just amazing what the Earth gives us.”