Hutchinson: Make no mistake about it. This is war.

This is the fourth in a series of guest columns by candidates for mayor of Lansing in the Aug. 3 primary election. The order was determined by lot. Patricia Spitzley declined to participate. Please be advised that Hutchinson’s submission could be considered offensive. City Pulse published it to help educate voters about the candidates. Due to the threatening nature of the comments included in this column, the Lansing Police Department was notified of its existence and Hutchinson’s invitation to attend a joint mayoral debate sponsored by Fox News47 and City Pulse on June 24 has been revoked. 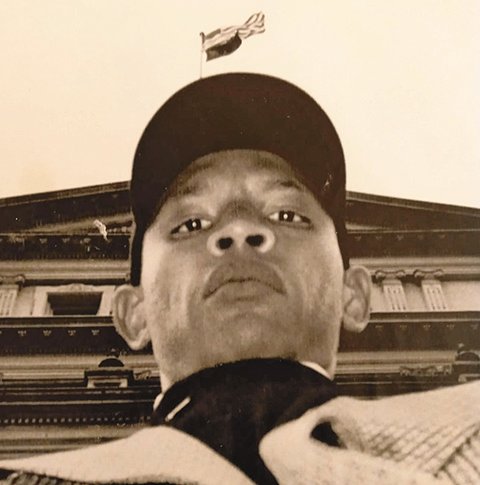 Like a lion in a pack that circles its prey and begins its attack by going after the genitals and neck, I too will not waste the reader’s time. Make no mistake about it. This is war. This is what I live, breathe, sleep, shit and eat. To quote Mike Tyson: “My opponents are as good as dead.”

There are three constants in my life: I’m either writing, involved in some court mess or running for office. To quote Michael Corleone in “The Godfather Part II”: “Every time I get out, they pull me right back in.” As it was with school, once I honed in on what I was good at — reading and writing — then my life changed. I hated math with a passion. I believe there are children out there just like me. They just haven’t found their purpose in life.

Campaign finance is my number one issue. I respectfully request that candidates that have taken money to please return it. There are laws against panhandling. It gives the game a black eye. Yuck! Sign the waiver and step in the “middle of street.”

That’s street talk for inviting someone to an ass whooping in the middle of the street.

There are four books that have guided my life: “The Art of War,” The Bible, The Qur`an and “Tao of Jeet Kune Do,” by Bruce Lee. In the “Art of War.” Sun Zu points out that in order to go to war, you must have “moral justifications.” I watched as those people stormed the Capitol and then tried to kidnap my goddamn governor. Then COVID-19 happened. And don’t let me start with my personal life. So, if you are going to war, you need moral justification. I believe I have it.

The so-called top three candidates, AKA the current mayor and the two City Council women. Oh I am at their necks. I’m using my claws and teeth the way a lion and friends take down their prey. As I lick their blood off my face full of the meal I just ate, having feasted off the bones of the so-called top three, we still see the other two walking past and they’d better just walk pass.

Do not throw up the middle finger. Don’t say hi. Just keep it steppin’ because to quote Lonzo in “Training Day”: “He gives us shit. We’re giving lead.” I was co-captain of my debate team.

I’ll put them ni**as on the grill and roast them too.

Before I go any further, I would be remiss if I did not thank, recognize or mention God Almighty. It is reported that the Holy Prophet Muhammad would catch “fits” — meaning, he would have “seizure-like spells.” I have no one, as he did, to wrap a blanket around me when I shake “uncontrollably” as the prophet wife did, no one to comfort me except God.

After you’ve called your friends and family — Rosebudd, J.Prince, Min. Farrakhan, Brother Ishmail of the nation of Islam, Dan Kildee, Master P, Sean Combs, Jay Z, and our President Joe Biden and Vice President Kamala Harris — at the end of the day, it’s just you and God.

To my most beautiful governor in North America, Gretchen Whitmer, to quote Prince: “I would die for you.” Not only would I die for her highness, I would kill for her. I need no authority. I have my orders. I will faithfully execute the office of mayor and defend the Constitution, so help me God.

I’ve been closer to Hillary Clinton than the reader is to the words on this page. Mott Community College, 2000 was the year. It was my last year at the college. I sat with Tipper Gore. I remember being in the presence of Secretary Madeleine Albright. Former first lady of Flint Carrie Walling makes the best food. I love her and she knows it. Is she still with that guy?

I’m a Capricorn and sensitive to slight, therefore when the local media does not mention my name, I take it personally. Every media outlet in Lansing has flyers containing my photo and name. If they do not have one, all they have to do is walk out to the nearest utility pole and snatch one. They made me feel like a “stepchild” or a “side show.”

I’m not the sideshow. I’m the closing act — the main attraction.