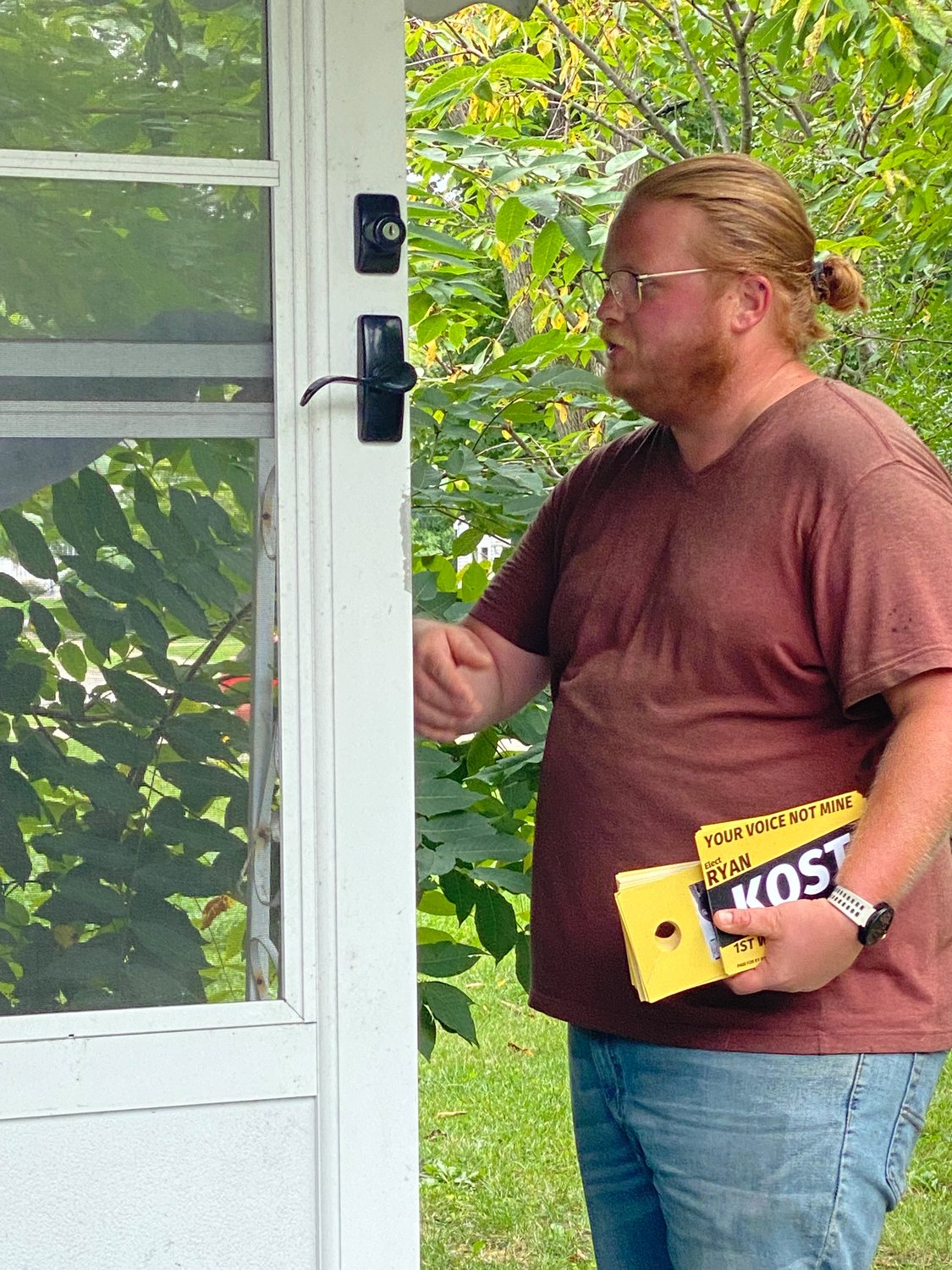 Editor's Note: This story has been updated to note that Brooke Locke, the Democratic candidate for the 15th District of the Ingham County Commission, will not seek a recount.

He said he thanked Daniels for his service on the Council in a phone call this morning. Daniels was appointed last February to fill the seat vacated by Brandon Betz. He and Kost ran against each other yesterday to complete Betz’ term, which ends Dec. 31 next year.

“Losing by 56 votes, that’s tough,” Daniels said this morning. He noted that over 2,000 ballots were cast without a vote in the First Ward race.

He said this is not the end of his political career, however. He acknowledged that Kost had a “very good ground game” with his door-knocking and vote contact.

“I am going to take the next year to be everywhere, to meet with build, continue to build and foster relationships ,and I will have a better door game next year,” he said.

Kost, 34, is a fourth-generation Lansing resident and son of a retired Ingham County sheriff's deputy. He works for the Michigan Department of Health and Human Services, and in his off time as a one-man park improvement team. He’s also on the board of Foster Your Neighborhood, the Eastside Neighborhood Organization and Friends of Bancroft Park. The Council interviewed him for the empty First Ward seat in February.

Daniels, 36, served in Iraq where he was injured. As part of his journey to heal from his physical and psychic wounds, he found boxing his salve. He grew up in the Lansing area, attended Grand Ledge Public Schools and joined the Army. He returned to Lansing with his family and started a gym featuring boxing as the key activity. He was appointed to the City Council in February to fill a seat left empty when former Councilmember Brandon Betz resigned.

Lansing Mayor Andy Schor, who backed Daniels, said this morning he’s ready to work with Kost. The two clashed over policy issues during the campaign, including a potential practice range in Bancroft Park and a $175 million bond proposal for a new public safety facility.

“I don’t have any issues with him,” Schor said. “I just had some policy disagreements.”

He said he did not really know Kost well, but liked his “clean-up work” in local parks. “I think that’s really good.”

Schor said he was surprised Daniels lost the election, calling him an “incredible Councilmember.”

“I don’t think he had the same amount of time to get to every door and talk to every person. If Ryan had more time and did more work, he got rewarded for it, I don’t blame Brian Daniels at all. He had a lot on his plate,” Schor said. “He got outworked.”

“That’s the kind of community we are,” he said. “Frankly had it not passed I would have been shocked.”

The second initiative approved by voters: $175 million bond to finance the purchase of the old McLaren Hospital staff parking lot on South Washington Avenue to build a new public safety facility that will house the police department, a lock up, 54-A District Court and the Fire Department administration. Some of the dollars will be used to finance repairs to three fire stations as well.

That proposal was narrowly approved. But early polling showed that when Lansing voters learned about the poor condition of the current public safety facilities, as well as the fact that delaying the much-needed upgraded facilities would only cost more, they were more likely to vote in favor.

Schor said he will be moving as swiftly as possible to purchase the McLaren property, which the city already has a purchase option on and then working to sell bonds. The sale of the bonds would then finance the architectural work for all the facility work needed.

“We need to get this online as soon as possible,” Schor said.

With the retirement of longtime Republican Commissioner Randy Schafer, the 15th District was an open seat for the first time in 38 years. The new  spans from Williamston east and south east, taking up a huge swatch of Ingham counties more rural areas, but with some villages and cities, including Williamston and precincts in Meridian Township.

Democrats thought there was a significant opportunity to pick up the seat with Brooke Locke, an openly gay real estate agent from Williamston. He was pitted against anti-LGBTQ activist Monica Schafer.

Unofficial results show Schafer prevailed in the race by 18 votes.

“I have not conceded, yet, I can tell you that,” Locke said this morning. He’s consulting with his campaign leadership and may request a recount.

At about 2:30 this afternoon Locke texted that he would not be seeking a recount of this election.

That means Schafer will join two other Republicans on the newly expanded, 15-seat Ingham County Commission.

A trio of conservative candidates for the Grand Ledge School Board lost their election. Jason Devenbaugh, who misinformed voters about his history of anger issues and personal protection order issued against him in Jackson County when his second marriage failed, came in last in the four-way race for twosix-year terms. Ashley Oneil, another of the conservative trio ,had hitched her wagon to the team, but she went down in defeat. Denise DuFort, the only incumbent on the ballot, will serve another six year term, and Ashley Kuykendoll, who has children in the district, will also serve a six-year term. In the race to fill a two-year vacancy, Toni Glasscoe will retain a seat she was appointed to in February; her opponent Kim LaForet was the third in the conservative trio.

The trio had been dubbed by political activists and community members as the “Kitty Litter Caucus” after both LaForet and Devenbaugh made repeated claims that the schools were providing litter boxes for students who identified as furries. Furries are a subculture of people who roleplay as anthropomorphized animal characters.