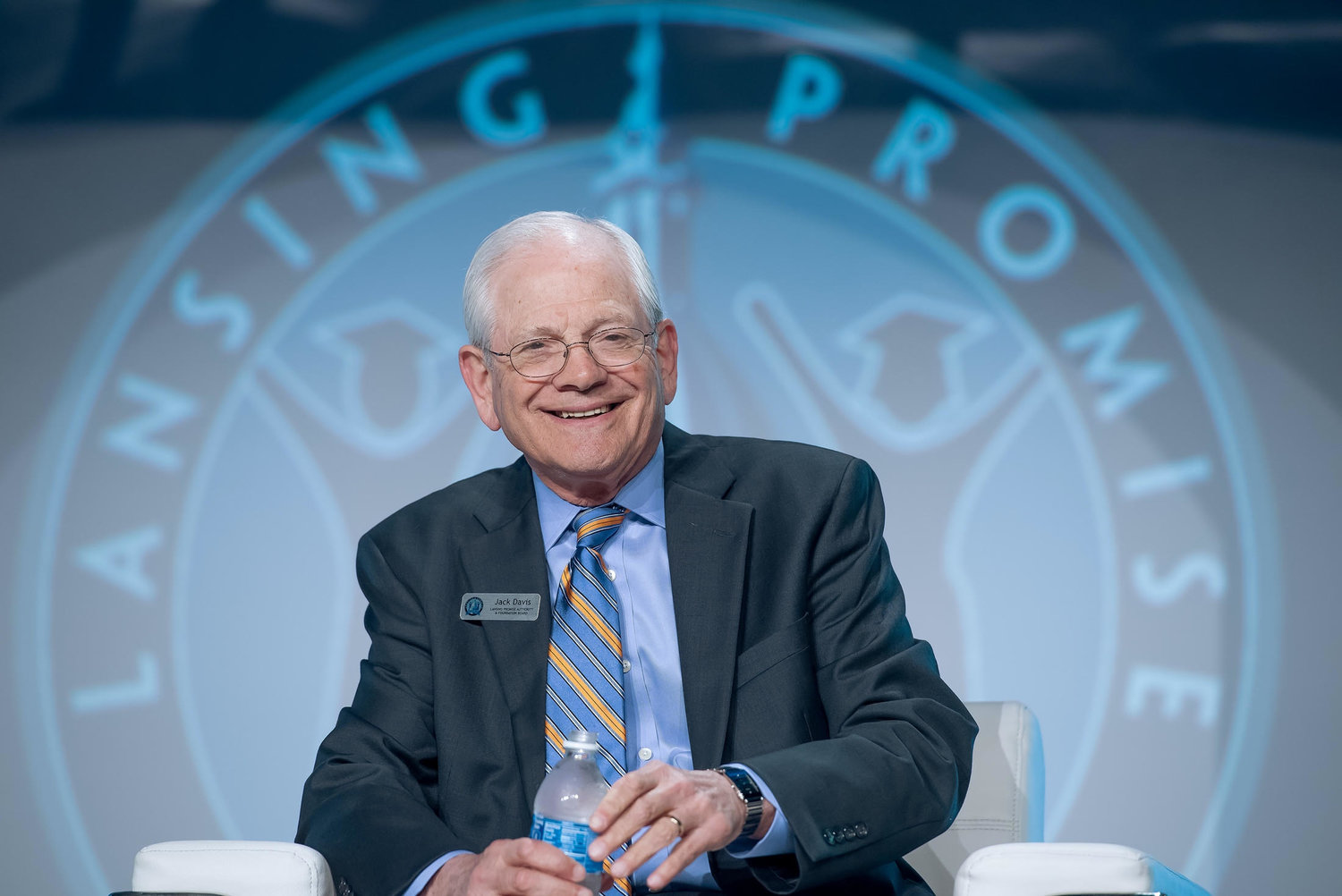 THURSDAY, May 28 — Jack C. Davis, a local attorney and celebrated community and business leader in Lansing, died earlier this morning in the hospital from unknown health complications, sources have told City Pulse.  Davis was 81.

Davis was among the state’s most respected attorneys and a leader in both the business world and the Greater Lansing community. Davis was a founding member at Loomis Law Firm, where he practiced business and real estate law for years. He devoted considerable time to making mid-Michigan a stronger region through service to education, economic development and the arts, according to his webpage.

“He was one in a million and Lansing’s indispensable man,” said former Lansing Mayor Virg Bernero. “He never failed to answer the call from the city he loved. He was a Harvard grad, but never bragged modest to a fault. Always giving back, extending a hand to lift others up.”

Davis supported the arts and frequently was seen at local performances. He was also an avid collector of first-edition books and autographs. He traveled widely.

"My heart is heavy today," said Lansing City Council President Peter Spadafore. "Jack was a giant in this community. Whether you knew the philanthropist, the volunteer or the friend, his love for the people and his city was unmatched. I'll miss his commitment to his fellow humans, his smile and his passion for the Eastern Quakers."

Davis and his wife, Sue, had been married for more than 50 years. Davis received the Outstanding Philanthropist Award in 2012 from the Capital Regional Community Foundation. He had two children, Greg and Jennifer, and at least four grandchildren, according to Lansing Rotary.

According to the Loomis Law Firm web page, Davis graduated from the University of Wisconsin and Harvard Law School, and was listed in the 2018 edition of “Best Lawyers in America.” Prior to joining Loomis, Davis had worked with Kirkland & Ellis, a law firm in Chicago, his page reads.

Davis was also a member of a delegation of attorneys sent to China in 1987, the former USSR in 1989 and the former Eastern Bloc Countries in 1990 to advise government leaders on corporate partnerships and trust creations, according to the Lansing Rotary’s webpage.

Additionally, Davis was a former trustee of the Lansing Community College Foundation and Legal Aid of Central Michigan, past chairman of the Impression Five Museum’s Board of Directors and received the 2013 Greater Lansing Business Monthly Entrepreneurial Award.

“One of the greatest role models anyone could have, Jack Davis was a giant of a man, Lansing’s favorite son. He will be sorely missed and never forgotten,” Bernero added.

Funeral arrangements have not been announced. The family has asked that condolences and tributes be shared through jack-charles-davis.forevermissed.com.

Loomis Law Firm announced that a "celebration" of his life is being planned.