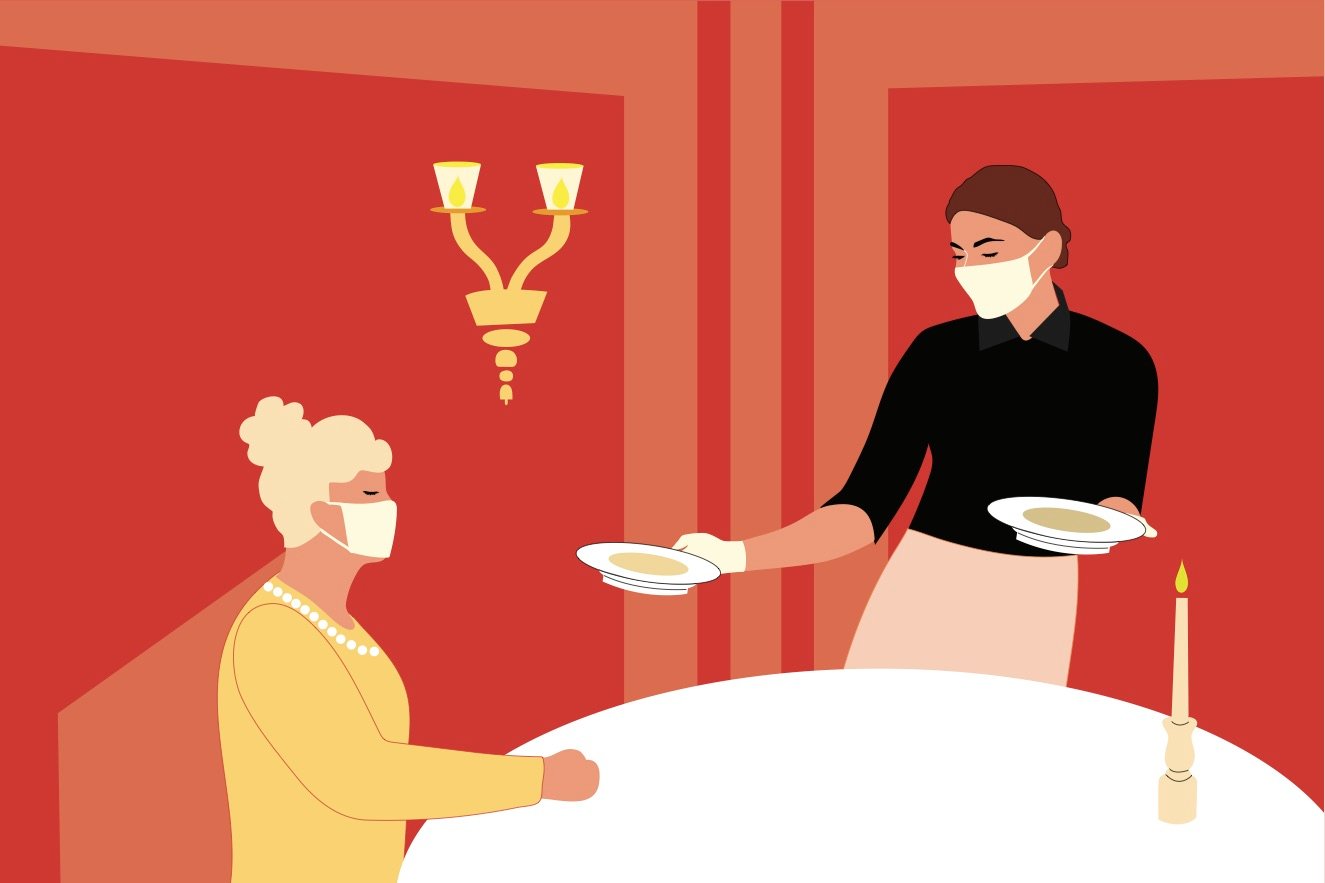 Staunch protective measures first kept restaurants closed altogether, later prohibiting customers from dining indoors for several stretches in 2020 — some lasting months at a time. And many restaurants, even ones that had been in service for decades, have closed for good.

The lasting impact has created a culinary scene that has restaurateurs flipping their business model to emphasize takeout, delivery and outdoor dining. As spring approaches, restaurants are enjoying waning restrictions for the first time in weeks, as the limitation of 25 percent capacity for indoor dining increased to 50% on March 5, lasting through at least April 19.

“The last month has been pretty good. Things are picking up over the last four to five weeks, which we all need,” said Sleepwalker Brewery co-owner Jeremy Sprague.

As Sprague recalls the initial outbreak of the coronavirus and the first major — and surreal — shutdown last spring, he said the lessons his restaurant learned kept it afloat during the last few bleak months of winter. The key has been innovation to make up for lost revenue, he explained.

One of the ways Sleepwalker has managed to stay in the black has been through one-off weekend collaborations with neighboring restaurant, Good Truckin’ Diner. They managed a successful Valentine’s Day luncheon and have plans to host another event in April for Easter.

“We originally did this project five years ago with Good Truckin’ Diner, where we prepared a fancy eight-course meal. We were able to do it again for Valentine’s Day, and it was huge for us,” Sprague said.

Though the impact of the coronavirus has been devastating for many business owners, Sprague said the chaos has taught him many fundamental lessons that kept his restaurant afloat. In somewhat of a slight return to normalcy as indoor dining gradually returns, Sprague said Sleepwalker is also working on plans to welcome back a number of cooks for on-site training.

“COVID-19 is such a devastating circumstance, but if you’re trying to look for a silver lining for a business like Sleepwalker, it forced us as a team to really push and find out exactly how we should be running a small microbrewery in Lansing,” Sprague said.

Though long, winding shutdowns obviously harm the revenue of the restaurant industry as whole, and Sprague signed a petition launched by Saddleback Barbecue in January that urged the state to allow restaurants to reopen for dine-in, he said he doesn’t fault Gov. Gretchen Whitmer for ultimately trying to keep the citizens of Michigan safe. The orders were necessary.

“I feel bad for the devastation that the pandemic is laying on all of us, but I did sign that petition because I wanted to see more recognition for how hard people like Art’s Pub, Good Truckin’ Diner and Henry’s Place are working,” Sprague said. “We are taking incredible measures, and I do feel we are under recognized for the amount of caution we take.”

Adrian Joseph, co-owner of Goodfellas Bagel and Deli, said his restaurant found itself in a fortune position during the pandemic because of its sliding front windows that give customers a convenient way to pick up takeout orders. But despite the convenience, bouts of cold weather make standing in line a harsh task for Goodfellas’ customers. Joseph said he’s noticed an uptick in business since customers were allowed to place orders and sit down inside of his shop.

“People have been reaching out on Facebook asking us about inside seating, and we’ve had more people coming inside. Guests at the hotel across the street also come in pretty often,” Joseph said.

Joseph said he empathizes greatly with the restaurants that did not have immediately available resources to make the pivot toward takeout, delivery or outdoor dining.

“First of all, I’d be really frustrated. Secondly, you just have to be creative, a lot of people did find good ways to get around it,” Joseph said. “But as a whole, I think it’s unfair and it’s almost like this administration didn’t give too much thought on how people are supposed to survive with only 50 percent capacity.”

“It’s important to provide guests with options. Not everybody is comfortable with indoor dining yet, we want to be able to serve both crowds,” Nelson said.

Nelson also said he doesn’t have a spiteful attitude toward Whitmer and the state government for prohibiting indoor dining and enforcing long shutdowns. He added: “I am very cautious. I’m hesitant to take a risk with this virus; it’s a very serious thing. I don’t want to see any more loss in any of my employees’ families, or god forbid any of my guests.”