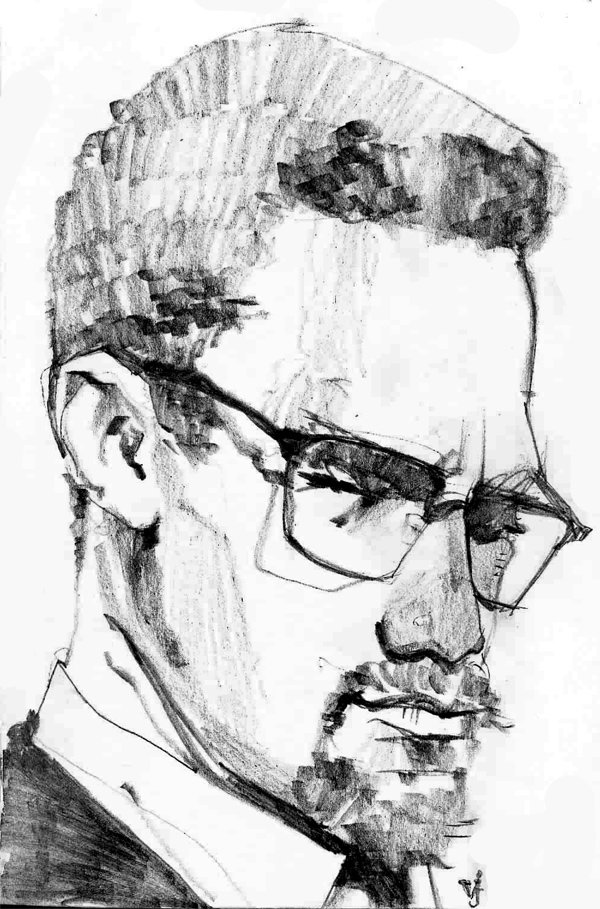 Michigan State University sociology Professor Carl Taylor was 15 years old on Feb. 14, 1965, the day he met Malcolm X. X was giving a speech at the Ford Auditorium in Dearborn on the same day his home was firebombed in New York City. Taylor said X’s presence was powerful, ominous and uptight, his clothes still smelling of smoke.

“I was 15 years old and didn’t know what the hell was going on, but Malcolm was larger than life,” Taylor said. “He took my breath away.”

A week after his speech in Detroit, Malcolm X was shot and killed in New York City by his former Nation of Islam cohorts. His death came less than two years after his split with the controversial black separatist group, which publicly vilified X for leaving.

Forty-five years later, an application is before the Lansing City Council to rename a three-mile stretch of Main Street to Malcolm X Street. Will it generate as much controversy as the deadlock over a proposed Cesar E. Chavez Avenue in Old Town to replace a stretch of Grand River Avenue? What is an appropriate memorial for someone who during most of his public career was an anti-Semitic segregationist who once called Martin Luther King Jr. a “chump?” Some local residents say it’s time to recognize the iconic black rights activist who grew up in Lansing as Malcolm Little; others expect controversy over his checkered past.

During his 15 years as a prominent figure in the Nation of Islam, X was a proponent of using violence to achieve social change. He publicly shrugged off the assassination of President John F. Kennedy as “chickens coming home to roost.” Less than a year before his death, X split from the Nation of Islam to become a Sunni Muslim and denounced the group, its leaders and his former beliefs.

Taylor said X’s funeral was the only other time he had watched a funeral on TV besides, ironically, Kennedy’s. “I thought to myself, ‘If he’s such a bad guy, why the hell is his funeral on TV?’,” Taylor said.

People will choose whatever version of history they want by either accepting or disregarding X’s late-life condemnation of the Nation of Islam, he said. However, he recognizes the tension X caused within the black community.

“We don’t have a romantic perception of Malcolm in the black community. We were divided when he was outspoken and harsh against Christianity,” Taylor said. “Many black Christians weren’t happy with him.”

David Purvis, president of the Jewish Kehillat Israel Congregation in South Lansing, said Malcolm X is a non-issue for him.

“I, personally, have no objections to the name change,” Purvis said. “But if you speak to three Jews you’ll get four different opinions on something, so I can’t speak for everyone.”

Purvis said in retrospect, efforts like these are about bringing “racial parity” to the public. He also said X’s late-life transformation played an important role in his legacy, mentioning another famous anti-Semite. “Malcolm was certainly anti-Semitic, but so was Henry Ford, an initial supporter of Hitler,” he said.

At-Large Lansing City Councilwoman Carol Wood said it’s premature to say how Council will vote on the name change. She said there will be a series of public hearings that will influence the Council’s decision. The first one is scheduled for Aug. 23 before the General Services Committee.

Wood said the only formal opposition from the public came during Monday’s City Council meeting where Willy Williams, one of the Council regulars, spoke in opposition and passed out copies of Malcolm’s Feb. 14, 1965, speech in Dearborn.

Ammahad Shekarraki submitted an application on March 15 to change the name of Main Street, the first parallel road south of I-496, to Malcolm X Street. For Shekarraki, a Malcolm X memorial has been a long time coming, with his efforts dating back to 1993, he said.

“We have to recognize this man. Whether you like him or not is not important,” said Shekarraki, who weekly stands before the Lansing City Council urging them to somehow memorialize Malcolm.

Maria Enriquez, who chairs the Memorial Review Board, which can recommend street name changes to City Council, said the board lacked a quorum to discuss the name change. However, City Clerk Chris Swope wrote a letter July 8 to City Council saying four members of the Board support the name change, including Enriquez. The others were Willie Davis, Linda Appling and Maria Starr.

There are two other Malcolm X memorials in Lansing. One is a Michigan Historical Marker at 4705 S. Martin Luther King Blvd. (his old residence that is now a townhome complex) and the second is El-Hajj Malik El-Shabazz Public School Academy, a REO Town charter school named after him.

Taylor said that while Malcolm X was a leader and someone capable of transforming himself for the better (“I wouldn’t be supportive if I thought he was a hate-monger,” he said), he wouldn’t be surprised to see opposition sprout up in the coming weeks.

“To some people he will only be a rabble-rouser, a criminal and un-American. There is a racial undercurrent right now — sometimes it feels like a damn current — and people are polarized,” he said. “Hopefully better minded, mature folks are there at the end of the day.”