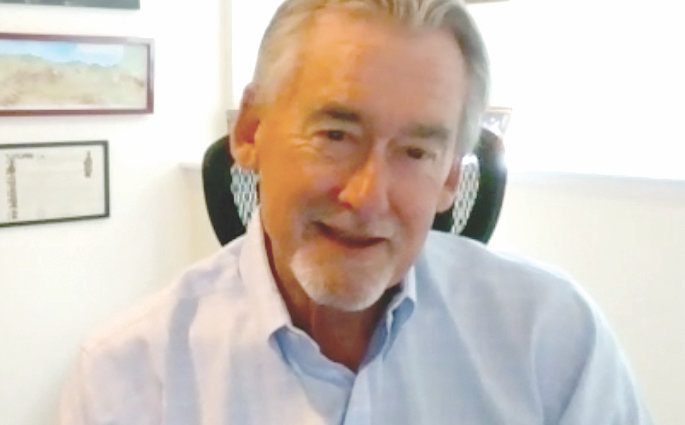 Americans’ trust in our government has steadily eroded since the 1960s. A 2019 poll showed that only 17% of our population trusted government to do the right thing — the lowest expression of trust recorded.

The origins of this mistrust run deep and include some politicians’ living in luxury while families struggle to pay bills; countervailing policy decisions that make the problems they are trying to address even worse; and interminable bickering that puts party first instead of people first.

It is not hard to see why the public faith in government is spiraling downward.

In what some consider a sea of mismanagement, Michigan’s House of Representatives deserves credit for committing to restore trust. Recently, policymakers proposed 10 bills aimed at overhauling the state’s outdated government ethics laws. The proposal received bipartisan support, creating the potential that real transparency could be established in a state that consistently receives low rankings when it comes to ethics enforcement and accountability.

Though the fate of this legislation remains to be seen, one thing is clear: Michigan’s legislature is taking real steps toward ethics reform—and Michigan’s federal lawmakers should take note. Michigan’s congressional delegation should introduce and support legislation establishing greater accountability and transparency at the federal level, too.

For starters, our federal elected officials need to place a strong padlock on the ever-spinning “revolving door.” A lack of sound ethics regulations gives elected officials opportunities to come and go between the public and private sector as they please. This “revolving door” creates clear conflicts, risking the integrity of public institutions by increasing the likelihood that decisions made on behalf of the public are really intended to benefit private interests.

Most concerning is the frequency with which these moves take place at the federal level. In some branches of the federal bureaucracy the practice is basically commonplace. Smaller, sometimes overlooked nuances in federal law such as the ambiguous definition of “lobbying activities” also pave the way for former or future elected officials to gain and maintain power and influence within the government long beyond their tenure. In fact, some officials even take smaller public service paychecks because they know they can get major salary jumps on the other side of service if they play their cards right.

As long as these kinds of incentives are allowed, separating private influence from public decision-making remains impractical at best, impossible at worst — and makes further erosion of the public’s trust in government inevitable.

Ultimately, federal lawmakers need to prioritize legislation that holds our country’s highest-ranking officials to the highest standards of ethical and transparent behavior, no matter what their political affiliation may be. The Project On Government Oversight, an independent government watchdog, recently released its “Baker’s Dozen” report, which details policy reforms necessary to create an “effective, ethical, and accountable government” at the federal level.

The report highlights how inconsistent enforcement of existing ethics laws creates gaping holes in our government’s ability to hold political appointees accountable for violations, giving way to greater public mistrust. Even more unnerving, many of these laws simply don’t apply to the president or vice president.

That has to change.

The damning research contained within this report plainly illustrates our country’s lack of accountability at the federal level. Our current low standards for ethics regulation, reform, and enforcement are at least partly responsible for our country’s current divide.

The good news is that transparency and accountability aren’t totally out of reach. And our policymakers at the state level are proving it. Michigan’s congressional delegation should take note of the groundwork laid by organizations like POGO and acknowledge what newly elected Speaker of the House Jason Wentworth and Minority Leader Donna Lasinski know all too well: Michiganders lack trust in government and politicians and ethics reform is the essential first step to building trust. State lawmakers are leading the way. It’s time our federal legislators follow suit.