Megan Meyer gets her dream role in Owosso’s ‘Evita’ 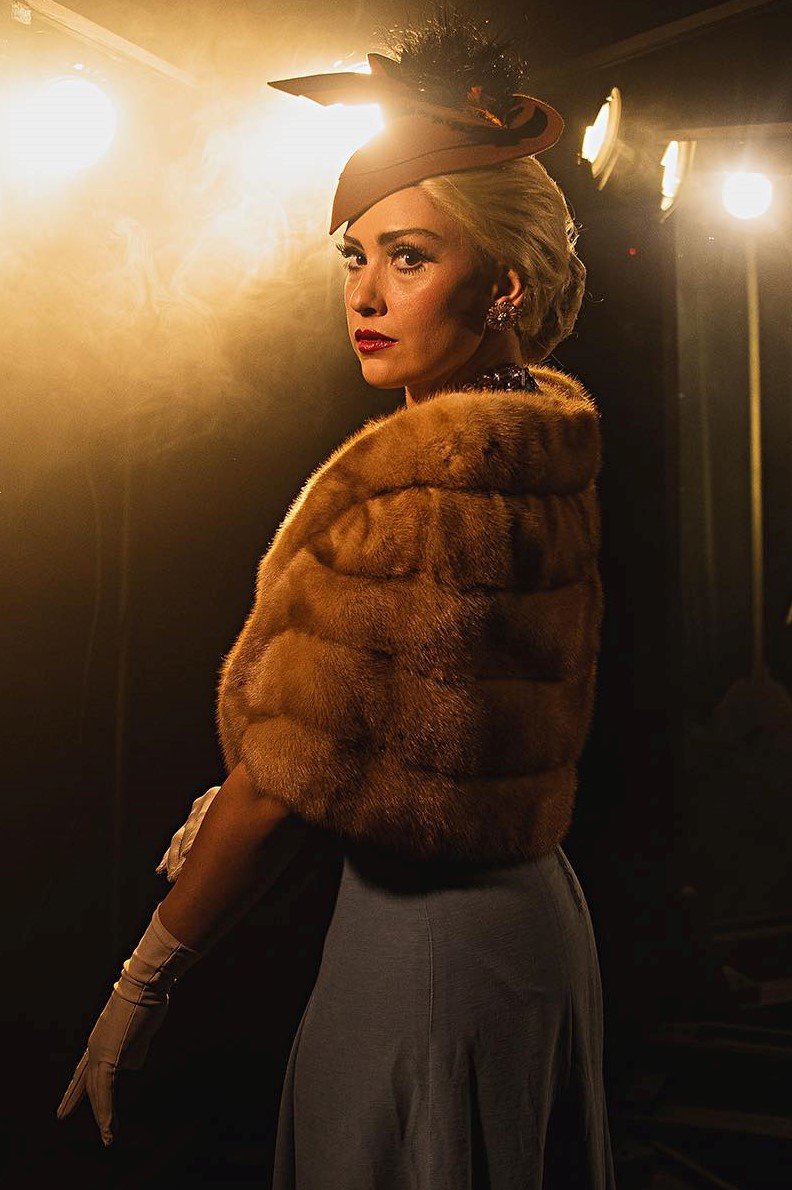 Taking on the role of a play’s titular character can be daunting. “It definitely adds an element of excitement and nerves at the same time,” Megan Meyer said.

In the Lebowsky Center for Performing Arts’ production of “Evita,” Meyer is Evita. The Andrew Lloyd Weber and Tim Rice musical can be seen from Friday (Oct. 15) to Oct. 24 on the Lebowsky stage in downtown Owosso.

Patti LePone assumed the lead role when the musical opened on Broadway in 1979 after “Evita” debuted in London’s West End in 1978. “I’ve always loved her attitude,” Meyer said. “I also love Elena Roger, the first Argentinian to play the role, so I’ve taken bits of inspiration from her and Patti.”

“I adapt to every role,” she said. “That’s what I like about my voice.”

Meyer said Evita was an easy role to learn because it’s all singing. “It’s easier to memorize music than dialogue,” she said.

Her favorite song to sing isn’t the more famous “Don’t Cry for Me Argentina,” which was recorded by stars like Karen Carpenter, Olivia Newton-John and Petula Clark. Meyer prefers singing “Rainbow High” — a song sung with Evita’s dressers.

Her favorite costume is the elaborate ball gown she wears for the “Don’t Cry” number she sings from an actual second-story balcony on the Lebowsky set. “It’s stunning,” Meyer said of the gown.

“Evita” was first released as a double album — much like Weber and Rice’s “Jesus Christ Superstar.” Eva Perón, the actress, political activist, charity worker and First Lady of Argentina from 1946 until her death in 1952, fascinated Rice.

He heavily researched Perón — including a trip to Buenos Aries to do so.  The efforts add authenticity to the musical. Rice was so enthralled with Perón that he named his first daughter after her.

Meyer was last seen onstage as part of the Lebowsky Players’ “Icons” outside at Fortitude Farms. This will be her first inside show since playing Sally Bowles on the Lebowsky stage in “Cabaret” and as Mrs. Wormwood in “Matilda.” Meyers won a 2020 Pulsar award for “Best Actress in a Musical” for her performance in “Cabaret.” Her hilarious portrayal of Matilda’s evil mother was also memorable.

Besides achieving a dream role, Meyer said she will always remember the “Evita” play experience. “It was the first time we were able to unmask and be on the stage together,” she said.

The cast, crew, staff and ushers are required to be vaccinated. Audience members — and everyone inside the theater except the cast during shows — are obliged to wear masks. Full seating is allowed.

Meyer is a graduate of New York City’s American Musical and Dramatics Academy. She returned to Michigan to earn a theater degree at Saginaw Valley State University. Meyer is also involved in a Michigan feature film called “The Followers.”

“I am coproducer with my boyfriend, Chris Krause, the director who wrote it a couple of years ago,” she said. “I’ve done costuming, props and I’ve acted in it. We are in post-production now, raising more funds for the movie to do stuff with editing and sound composition.”

“The Followers” is a horror film about how easy it is to track people on social media and kill them. “I’ve always loved scary movies,” Meyer said. “I like the fact you can use metaphors in them to explain bigger issues.”