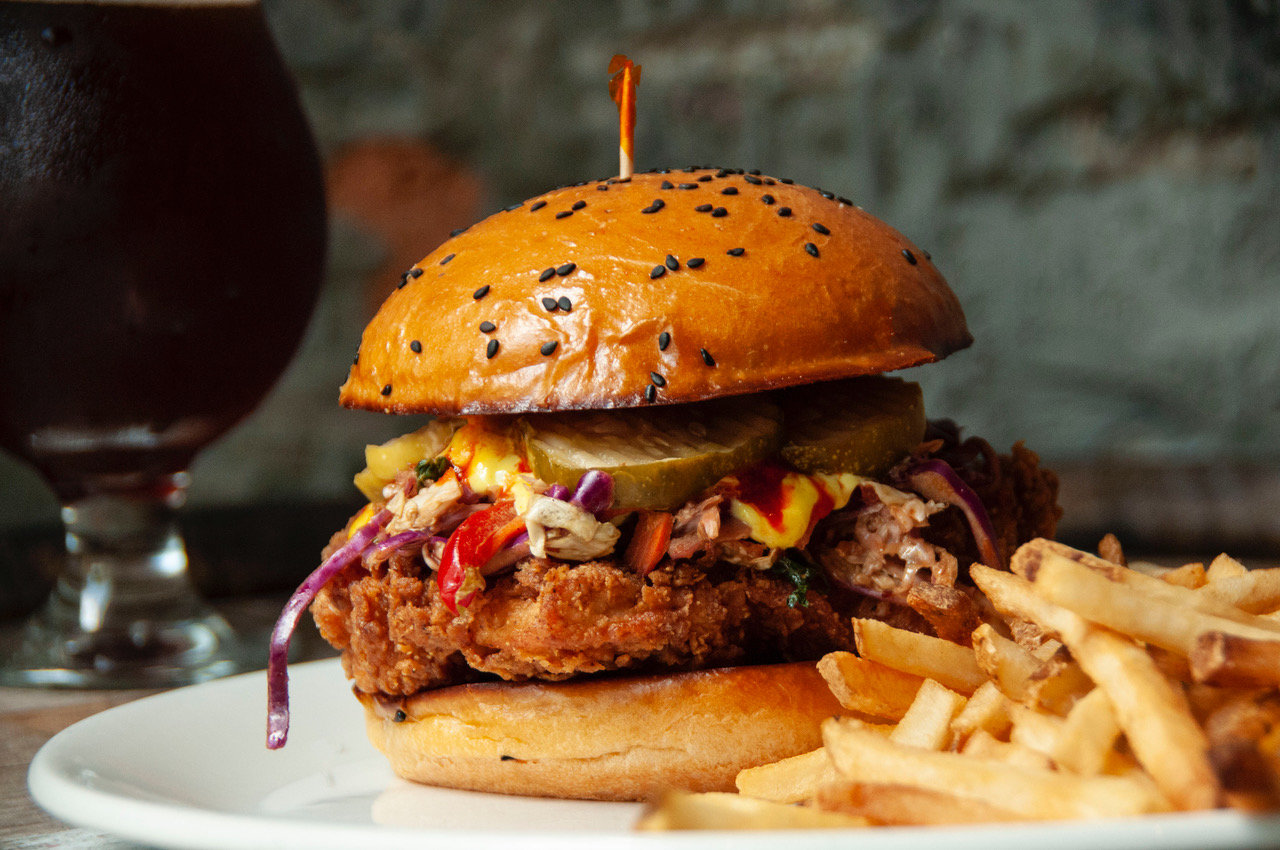 After suffering delays from construction and the pandemic, Jolly Pumpkin Café & Brewery has finally found some footing in East Lansing. It’s another part of the Center City District project to come to fruition, along with Target and Barrio Tacos.

Jolly Pumpkin, which specializes in sour craft beers and gourmet pub food, is one of many brewing entities underneath the Michigan-based brewing conglomerate Northern United Brewing Co. It has locations all around Michigan, but Northern United Brewing’s CEO, Tony Grant, has reason to be especially invested in East Lansing, after all, he played football for the Spartans.

Originally scheduled to open its doors in the fall of 2019, it was pushed back due to the construction of the Center City District development and then halted once again to mid-October due to the coronavirus pandemic. Jolly Pumpkin marketing manager Megan Worden said MSU students and East Lansing townies have been welcoming after their long wait.

“We wanted to open a Jolly Pumpkin in East Lansing for quite some time. Grant always had his sights set on East Lansing, he’s obviously a big MSU fan. We just needed the right location,” Worden said. “We actually opened without our license. Luckily, that only lasted a week. That was an interesting start.”

Despite it being a “crazy time” to open a restaurant, Worden said Jolly Pumpkin East Lansing had one of the most successful launches out of any of the brewpub’s many Michigan locations. “We were ecstatic,” Worden said.

Right now, due to current coronavirus safety restrictions, Jolly Pumpkin is limited to delivery and carryout. Despite the limitations, Jolly Pumpkin still offers its entire menu of beer and spirits. Specials include a date night package, which features two pizzas and a six-pack of Sparta beer from North Peak Brewing Co.

Open for takeout and delivery