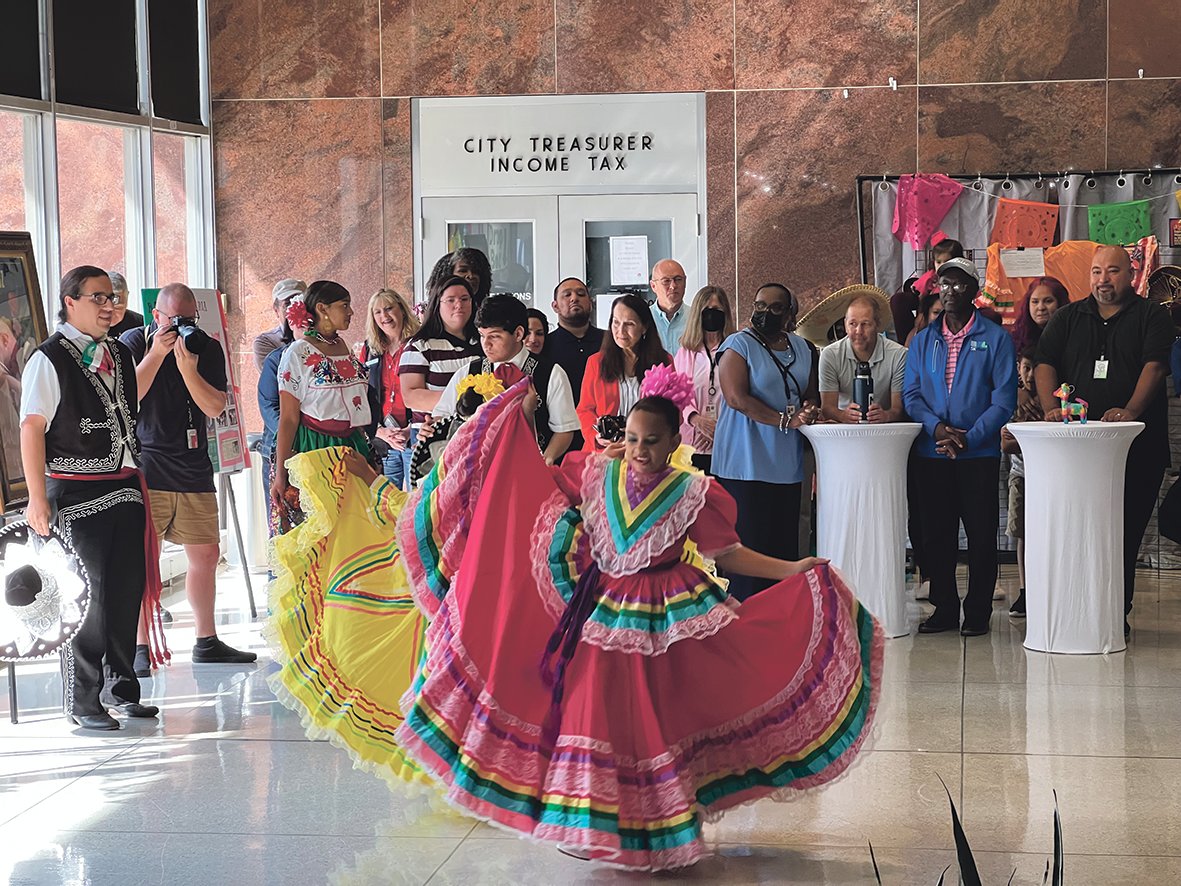 City Hall was the location for a Hispanic Month celebration that featured speakers and dancers.
Courtesy City of Lansing
Posted Wednesday, September 21, 2022 12:05 am
By Dawn Parker 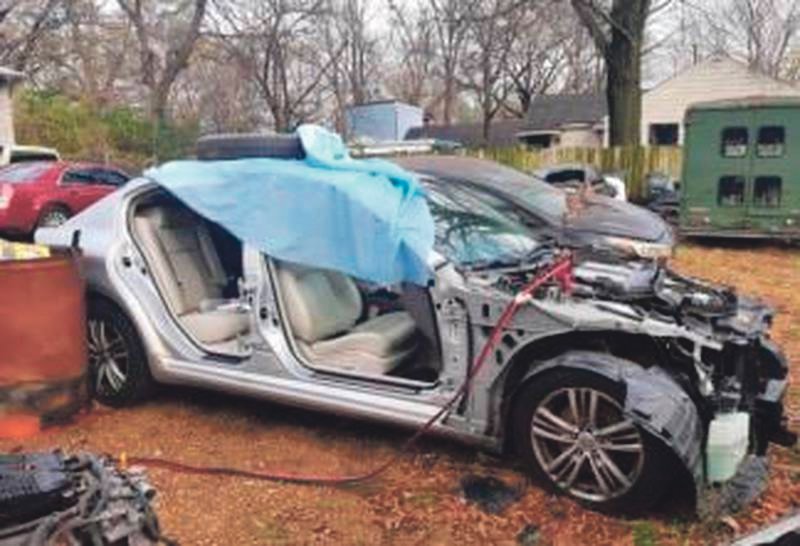 An illegal “chop shop” was shut down Monday in Lansing through a joint effort of the Michigan State Police Fugitive Team and the Lansing Police Department. Officers recovered two illegal firearms, seven stolen vehicles, two stolen trailers and dozens of stolen tools at a facility in the 300 block of S. Pennsylvania Ave. Lansing police said one suspect is in custody, and detectives will continue processing evidence and seeking additional suspects. Anyone with information should call LPD at (517) 483-4600. 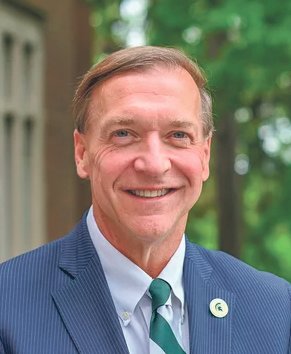 Samuel Stanley Jr. is still the president of Michigan State University. That could change at any time, however. According to the Detroit Free Press, multiple members of the university’s Board of Trustees have said they would like to see him step down, citing evidence that he mishandled sexual assault investigations as well as the demotion of the dean of MSU’s Broad School of Business. Stanley is MSU’s third president in the last four years. Both of his predecessors — Dr. Lou Anna K. Simon and former Gov. John Engler — fell victim to something related to Dr. Larry Nassar’s abuse of hundreds of female athletes in his care. Nassar is serving a life sentence in prison.

Lansing School district principals are in for a pay raise. The Lansing State Journal reports that a new contract between the school board and administrators aims to equalize their pay with surrounding districts, so that elementary principals will make a minimum of $100,000. Middle school principals whose schools have at least 400 students will be bumped up to a minimum of $104,444, and high school principals will go up to $108,100. “What it has gotten us is very comparable salaries to surrounding districts,” said Lewton School Principal Richard Gutierrez, who was involved in contract negotiations.

Two Lansing men have been arrested and charged in connection with the shooting death of a third man, identified later as 32-year-old Dominick Hopson. Grant Thompson Jr., 53 and Marcus Thompson, 33, were each charged with one count of open murder-felony and held on $100,000 cash or surety bond. The men will next appear in 54-A District Court at 9 a.m. Sept. 30 with Judge Anthony Flores. According to an LPD press release, at 8:20 p.m. Sept. 13 officers were called to the 100 block of East Barnes Avenue after reports of shots fired. Upon arrival, officers found a man lying in the street with gunshot wounds, who was later pronounced dead at the scene.

A 60-year-old Lansing man was sentenced in federal court in Grand Rapids to life in prison for attempting to coerce and entice children in sexual activities. Robert Duane Wicke was also sentenced to 60 years on three counts of distributing child pornography and 20 years for possessing child pornography. U.S. District Judge Jane M. Beckering said Wicke’s conduct was among the worst she had ever seen in her tenure as a judge. According to authorities, an FBI agent was working undercover in a messaging application that is reportedly used by individuals interested in sexually abusing children. The agent posed as a mother in California with two daughters. Authorities said Wicke sought out children to abuse and wanted the mother to bring her 7-year-old and 9-year-old daughters to him so he could assault them and train them to be sex slaves.

The Ingham County Prosecutor’s Office dropped charges Thursday against one of three members of the since-disbanded Pi Alpha Phi fraternity at Michigan State University in connection with the death of Phat Nguyen in November 2021. Two other people charged in connection with Nguyen’s death waived preliminary hearings and were bound over to circuit court to stand trial. Charges against John Pham were dismissed. He was one of three men charged in June with one count of felony hazing resulting in death, and three counts of misdemeanor hazing resulting in physical injury, East Lansing District Court administrator Nicole Evans said. Ethan Cao and Andrew Nguyen — who both face the same four charges — will be arraigned in 30th Circuit Court this month after waiving their right to a preliminary examination before District Judge Molly Hennessey Greenwalt. 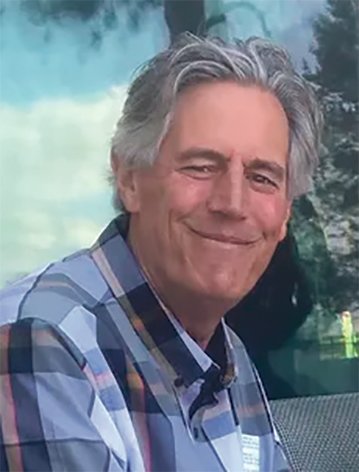 Grand Ledge residents are mourning the death of Mayor Thom Sowle, who died Wednesday after a brief illness. Sowle, 67, was appointed as mayor in 2018 and won reelection the following year. He began serving on City Council in 2012. He and his family lived in Grand Ledge for more than 30 years. He spent more than two decades as a substitute teacher and served on the Grand Ledge Board of Education and as president of the Grand Ledge Educational Foundation. “He will be missed,” Mayor Pro Tem Keith Mulder said in a statement. “The city came first in everything. He was always interested in what would make the city better.” A memorial service is planned at 2 p.m., Saturday (Sept. 24) at Jaycee Park, with visitation one hour before.

How to set up your home office for success