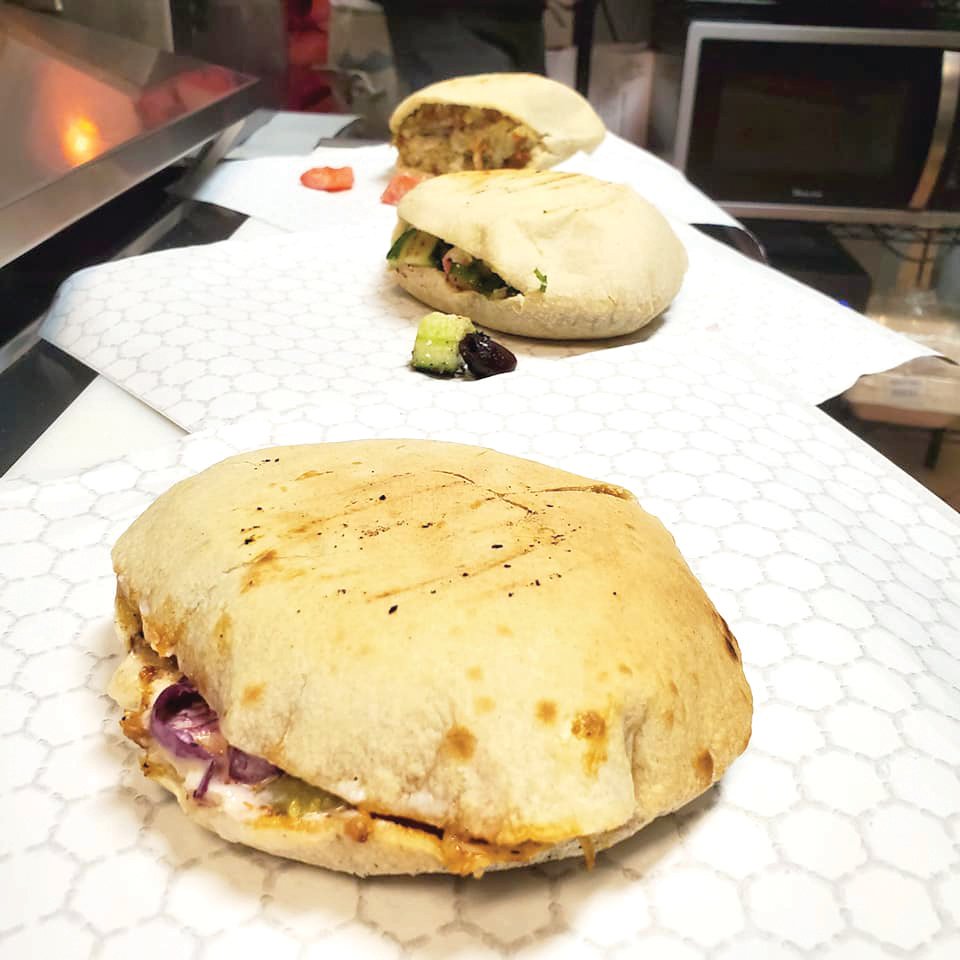 Opening up your first restaurant is a daunting prospect. Rae Suboh, owner of Bread Bites in Okemos, unfortunately opened up his first eatery right before the COVID-19 outbreak began.

“I got the idea about a year and half ago,” said Suboh. “We started the process of opening up the restaurant in 2019.” Suboh had a few setbacks along the way. For example, he learned he and his wife, Rodina Kasti, who co-manages the restaurant, were expecting a child. And then there was a death in the family.

“We got about maybe 20 people on our first day,” said Suboh. “Then, the first week of January, we suddenly got a flood of people coming in.”

Suboh said that word-of-mouth led to the influx of customers. News about his restaurant spread on the social networking app, Next Door.

Up until the COVID-19 outbreak hit, Bread Bites was incredibly busy. “It was like going 100 miles per hour and then hitting the break and stopping,” said Suboh. “We went from seeing about 100 people a day to seeing 15.”

Suboh said that business has recovered a little bit. Since rules about lockdown have changed, Bread Bites has seen an uptick in business.

“We take pride in our food,” said Suboh. “We love what we do.” He said that he understands that East Lansing has a variety of Mediterranean restaurants. To set himself apart from the pack, he decided to make everything in-house. The food comes fresh. When you order a meal at Bread Bites, the food goes straight in the oven.

“We didn’t want to outsource our desserts, our bites, our sandwiches, everything on the menu,” said Suboh, “You can make it at home, but can you make it at a restaurant to serve the people? We listen to our customers, and see what we can do.”