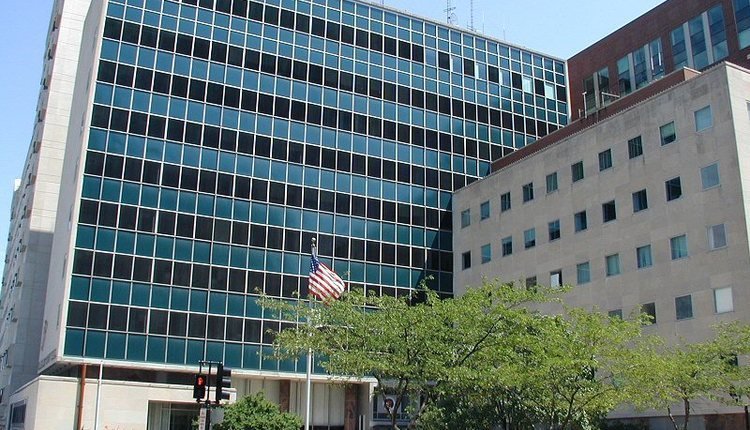 A recently passed city ordinance that makes it a misdemeanor for those who participate in illegal gambling operations aims to curb a number of covert casino operations, particularly on the south side of Lansing.

City officials and local residents lauded its passage late last month, particularly because the law allows for the Lansing Police Department to seize the ill-gotten proceeds from illegal gambling upon a conviction. But behind the ordinance resurfaced a long-argued, nationwide debate over the constitutionality of civil forfeiture laws.

“We started seeing these gambling operations sprouting up all across the city,” explained City Councilman Adam Hussain. “There were some on Waverly Road, two in Logan Square at one time. We had one off Southland Drive. They were everywhere. I think this ordinance was one that was long overdue.”

The language was carefully written to exclude Michigan Lottery games, coin-operated arcade machines and licensed raffles hosted by a multitude of local nonprofit organizations. The law instead extends only to clearly illegal — and often incredibly lucrative — gambling rings that can include slot machines, dice games and cards.

Hussain used the example of a vacant storefront in Logan Square that once doubled as a casino. These operations prey on poor communities where its residents are often desperate for a bit of financial freedom, he said. Five involved there were eventually sentenced for the crime but the investigation took far too long, he said.

“With the way it worked, we had to engage the state’s gaming division,” Hussain said. “We had to get in line, and there were only two dedicated officers in that department at that time. It took the better part of a year. This ordinance is a good tool for our local police officers to start cracking down on these illicit activities.”

Those convicted can face a misdemeanor punishable by up to 90 days in jail and a fine of up to $500, although no suspects have tested the waters of the newly approved ordinance since it was passed. And written into the law is a section that would enable the City Attorney’s Office to pursue a forfeiture case upon a gambling conviction.

“It’s on a case-by-case basis as needed,” added City Attorney Jim Smiertka, noting he has never pursued a civil forfeiture case since he was hired back in mid-2016. “All this does is tell the City Attorney’s Office to move forward if necessary and it’s only for personal property. You would always need to go back to court and have a hearing.”

Civil forfeiture has long been debated nationwide, primarily because the procedure doesn’t require a conviction before police can seize a suspect’s assets. And at least one Councilman, Brian T. Jackson, was hesitant to condone a practice that would involve taking anyone’s personal property, regardless of whether suspects first need to be found guilty.

“There are hoops people still need to jump through in order to fight that,” said Jackson, the lone voice of dissent when the ordinance came before the City Council in August. “I know our ordinance calls for a conviction, but that process can last up to a year. I’m just not comfortable with it.”

State law allows for law enforcement agencies to seize assets if they believe they’re being used for criminal activities. Prosecutors need only find “clear and convincing” evidence of a crime before property can be turned over, unlike the “beyond a reasonable doubt” standard required in standard criminal proceedings.

Records indicate the Lansing Police Department seized nearly $545,000 through civil forfeiture over the last three years. Other agencies, like the Tri-County Metro Narcotics Squad, raked in nearly $750,000 in that same timeframe. And it’s not clear how many of those cases actually landed a conviction.

Advocates with the American Civil Liberties Union and the Cato Institute’s Project on Criminal Justice have long pushed back against forfeiture laws. A Cato Institute research associate, Jonathan Blanks, said the laws gives police a purely financial incentive to target certain criminal cases over others. He calls it “policing for profit.”

State law allows law enforcement to use a portion of asset forfeiture funds to purchase new equipment and “enhance all law enforcement activities.” Proponents contend it saves taxpayer dollars and deprives criminals of cash. But Blanks sees a potential for abuse. One agency bought a margarita machine with its proceeds, he said.

“They don’t need to even make an arrest to seize property in most instances,” Blanks said. “It completely turns due process on its head. The government normally has to prove you committed a crime. This flips it where people basically have to prove their property wasn’t involved in a crime.”

Blanks emphasized that his concerns surround cases that do not require a conviction, unlike the language written into Lansing’s recently passed ordinance. Other Council members said they understand Jackson’s opposition but took steps to address those concerns regarding overzealous forfeiture before it hit the books.

“Under state statutes, they don’t have to have a conviction,” said Council President Carol Wood. “That’s not what’s happening here at all. If we don’t have a conviction, under this ordinance, we can’t even begin to think about forfeiture. We’re light years ahead of the state with the way this one was written.”

Jackson said he was also concerned that a future police chief could misinterpret the ordinance and apply it broadly to at-home card games and other smaller gambling operations that weren’t targeted by Council. Hussain doubted the possibility but emphasized the ordinance could always be amended.

“The problem is these types of establishments traffic people into deeper financial ruin,” Hussain added. “We’ve heard from many, many people since it passed and I think folks are thankful. People, quite frankly, are fed up with this sort of predatory behavior in their neighborhoods. I think it’s responsible legislation.”