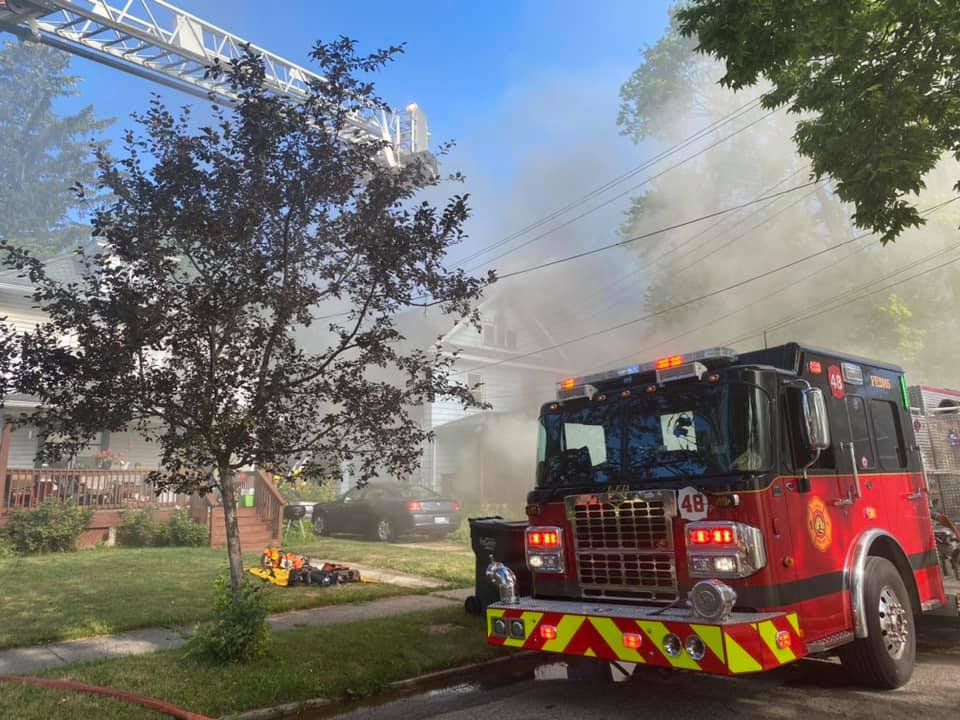 Hundreds of thousands of dollars in overtime wages paid out last year at the Lansing Fire Department made some of its employees among the highest paid staffers in the city in 2021 — including seven employees who each earned more than $40,000 in overtime pay and five firefighters who brought home more cash than the city’s top executive, Mayor Andy Schor.

The payroll statistics were first revealed through a dataset released by the city last month to blogger and journalist Steve Harry, which has since been independently verified by City Pulse.

Dan Komm, president of the International Association of Firefighters Local No. 421, the labor union which represents Lansing’s firefighters, paramedics and EMTs, said the “root cause” of the “grand” amounts of overtime paid last year is tied to longstanding staffing shortages.

“This is a problem for everyone everywhere: We’re having trouble finding people to do any jobs, and that includes at the Fire Department,” Komm told City Pulse. “For whatever reason, we’ve had trouble getting people to apply. That means we’re short staffed, and that causes overtime.”

Komm emphasized that all overtime shifts at the Fire Department are entirely optional and that several policies are in place to help prevent firefighters from voluntarily overworking themselves. But with consistent staffing cuts there over the last decade, climbing call volumes and nine vacancies still open this week, LFD has had no option but to do much more with much less.

He added: “I guarantee if we were to hire nine or 10 more people, that overtime would shrink way down. There are still variables, and we’ll still have overtime, just not these grand numbers that we’re seeing right now.”

Schor, who earned just over $140,000 - $139,600 in salary and the rest in miscellaneous compensation - said he expects newly hired Fire Chief Brian Sturdivant to fill vacancies and find new “efficiencies” to cut overtime costs when he moves to Lansing from Battle Creek next month. But he doesn’t expect to have cash to hire any new Fire Department employees anytime soon.

“Adding more employees would certainly help cut some overtime, but it would also add significant cost to our budgets that we would have to budget for,” Schor said. “This is true in all departments, many of which have fewer employees than they did before the Great Recession.” The Great Recession was between 2007 and 2009, but its coattails lasted years longer.

In 2015, the Fire Department was staffed for a maximum of 202 full-time employees. In 2016, that total was trimmed to 195. Schor’s second budget plan edged that total down to 184 in 2019, where it has remained flat ever since, including in his latest budget proposal to the Council this month, which ramps up spending by about $800,000 but doesn’t allow for any new personnel.

Schor’s budget notes there are no “major operating changes planned in the Fire Department” except for the exploration of new ways to flatten the cost of replacing equipment and vehicles.

He added this week: “We continue to address the issue of overtime and ensure that our bargained agreements with these critical workers remain competitive. We will continue to work with our unions and negotiate in good faith to address staffing needs and budgetary needs.”

Fire Department officials have been complaining to city officials for years about being forced to do more work with fewer people. Assistant Chief Michael Tobin told the Council in 2019: “At some point, something is going to break” as call volumes climbed to new heights in Lansing.

Records show that emergency calls to the city’s six fire stations skyrocketed by about 45% between 2007 and 2018 — all with fewer emergency personnel available to answer the phone. Accordingly, response times slowed by about 11% in that timeframe, records showed.

After that 2019 presentation, Schor explained to City Pulse that the city was doing the best it could with limited resources. He went on to pitch another four budgets with no staff increase.

“Unless you identify where the money is coming from, then all you’re doing is complaining,” Schor said. “We’re maxed on our millages. We just don’t have the revenue to make it happen.”

“I don’t know what’s going to happen,” Komm said. “There’s a possibility of not having enough personnel to do the job. I know our membership is great, and firefighters always do whatever it takes to get the job done, but the city also doesn’t have a money tree, so it’s not always easy.”

The Fire Department is vetting 111 applicants for nine vacant positions to bring it up to its full roster of 184 full-time employees, including 159 firefighters, paramedics and EMTs. Komm expects those new hires to help ease the overtime budget this year, though he’s still worried that rising call volumes with “bare minimum” staffing may still present its challenges.

He added: “I can’t predict the future. All I can say is that our runs are going up and our staffing has stayed the same. The numbers are the numbers, right? It’s fairly clear we’re understaffed.”

Komm said staffing shortages have also been exacerbated by mutual aid agreements with other local municipalities, like Dewitt, that require LFD personnel to routinely travel several miles outside of the city to respond to emergency calls in neighboring communities.

It was an issue that warranted him bringing the complaint to a Council committee last week.

“I understand that, and I’m OK with it. The problem is: It’s taxing our system,” Komm told the Public Safety Committee. “It’s going to become a bigger problem, and we’re going to have fewer resources for the citizens of Lansing because we’re busy and we’re going to get busier.”

He added: “I don’t know the answer, but we have to start thinking and do something.”

Which city employees made the most cash last year?