Portrait of the artist as a playful grandfather 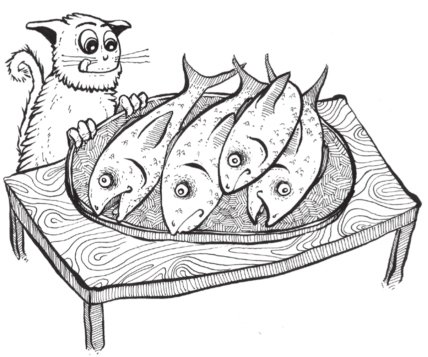 Posted Wednesday, December 12, 2012 12:00 am
Bill Castanier
Bloomsday fans have reason to rejoice this holiday season — they are doubly blessed with a new biography of James Joyce as well as a never-before-published children’s book by the acclaimed Irish author.

With “James Joyce: A New Biography,” author Gordon Bowker has written the first significant biography of Joyce in more than 50 years, detailing the censorship, literati snobbery and failing health he dealt with his entire life. Bowker faced a daunting task in writing his book, since Michiganian Richard Ellmann wrote what has been called the definitive biography of the author in 1959. Both books are heady pieces and, like Joyce’s own masterful work, are complex and meaty.

Joyce helped create the modern narrative style, which is noted for its irony, satire, stream of consciousness, fits of starts and stops and maximalist approach. Joyce’s most famous book, “Ulysses,” takes place on one day — June 16, 1904 — the day he met his wife-to-be. The novel’s protagonist is Leopold Bloom — hence Bloomsday, which is celebrated worldwide every June 16 with Joyce readings washed down with lots of Guinness.

Of course Ellmann had a couple of things going for him, such as being able to interview many of Joyce’s friends and fellow writers along with being a recognized scholar on Irish writers. Ellmann wrote a dozen books on Irish writers and won the National Book Award for his Joyce biography, along with a Pulitzer for his biography of Oscar Wilde.

Bowker, on the other hand, had access to the Internet, the new work of scores of James’ scholars as well as to a trove of letters to and from Joyce.

But it’s the other new book that returns the Joyce tradition to Michigan.

While visiting Denmark in 1936, Joyce sent a letter to his 4-year-old grandson Stephen about not being able to find any cats in Copenhagen. (Joyce scholars believe that the letter was a follow-up to one he sent Stephen from Calvados to accompany a gift of candy hidden in a cat, which became the basis for the children’s book “The Cat and the Devil.”) The Danish letter disappeared until it was discovered in 2006, and it serves as the basis for a new 26-page children’s book, “The Cats of Copenhagen.” It has been illustrated by East Lansing artist Casey Sorrow and published for the first time in the United States by Scribners.

In this previously forgotten letter, Joyce whimsically tells his grandson “there are no cats in Copenhagen” and in his anarchistic style later adds “all the Danish policemen pass the day at home in bed.” But it’s Sorrow’s clever drawings — somewhat of a cross between Theodor Geisel, Edward Gorey and R. Crumb — that carry the book, along with some non-traditional display of typesetting.

In one illustration Sorrow shows a fat cat policeman sitting on a pillow quaffing buttermilk and smoking a “big Danish cigar.” In another, the slouching Joyce is shown with a cane and piece of luggage with a tail. He writes, “When I come to Copenhagen again I will bring a cat and show the Danes how it can cross the road without any instructions from a policeman.”

Sorrow may be the perfect match for Joyce’s letter, being an anti-establishment figure himself. While at Michigan State University, Sorrow and friend Eric Millikin wrote and illustrated the comic strip “Fetus X” for the State News. It was quite controversial, and Sorrow said the newspaper canceled it after a short run in 2000. It was not uncommon for the cartoon to show a psychedelic Jesus breakdancing with a fetus. Reports at the time indicate that a depiction of the Lord running over a puppy with a lawnmower might have been the ultimate blasphemy leading religious groups, especially the Catholic League, to vigorously oppose its publication. MSU’s president at the time, Peter McPherson, wholeheartedly stood with the organization in wanting the cartoon banned.

“It was not long in the paper, if I remember correctly,” Sorrow said. “I loved that strip, and tried to carry it online, but it was a lot of work for little reward.”

Sorrow, who grew up in Holt, said he was interested in comics especially influenced by noted French science fiction and fantasy illustrator Moebius, who died earlier this year. He graduated from MSU in 1999, turning his art to illustration and completing freelance gigs while working as the manager of the Kresge Art Store at MSU for 13 years. The artist said the publisher of “The Cats of Copenhagen” was familiar with his work online and “asked me to submit some illustrations” which led to Sorrow being hired.

“The biggest challenge was communicating across the sea,” he said. “It was a new way of working for me, going back and forth. I think it turned out amazing.”

Sorrow said he was familiar with Joyce, and he’s had a cat, Lazarus, for 17 years, which he “brought back from the dead” after it was found on the side of the road. He recalls once trying for two weeks to get through Ulysses and then “falling asleep for two weeks.”

“Joyce is not easy to read,” he said, “but the illustrations were easy to come up with.”

Soon after the publication of a fine arts limited edition of “The Cats of Copenhagen,” which preceded the American edition, The Guardian reported that the Joyce family estate was considering pursuing a copyright violation of the previously unpublished work. Joyce would have appreciated the irony that his first and last work both would be clouded by litigation, which he decried.