Land Bank to offload vacant land to Lansing for $1 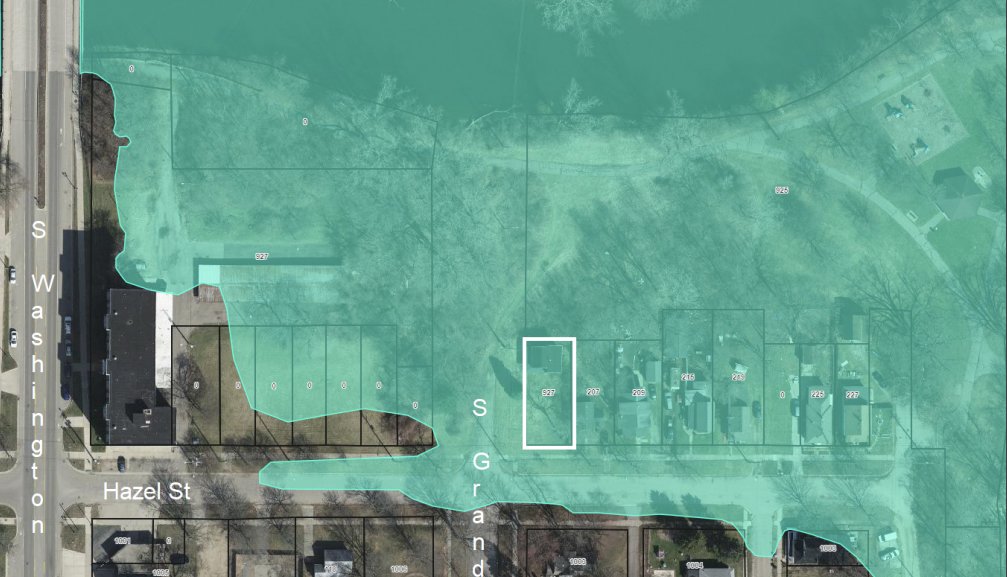 TUESDAY, April 12 — The city of Lansing is planning to buy a small wedge of vacant land near River Point Park in REO Town with the goal of allowing easier access to the Lansing River Trail.

The city’s Planning Board approved plans last week that involve the city paying only $1 for a 4,300-square-foot chunk of vacant property  owned by the Ingham County Land Bank and then converting the land into more park space along the Grand River by River Point Park.

The land — the site of a foreclosed home that was demolished last year — is 44 feet wide and 99 feet long and abuts the southern side of River Point Park at the end of Grand Avenue near  Hazel Street.

Because the residential property is located in a flood plain, city officials said that other redevelopment opportunities there are limited. So instead of trying to sell the property to a developer, the land bank is willing to essentially give away the property to the city for only $1.

“I don’t like to recommend getting rid of buildable parcels, but this is a relatively small lot,” he said. “The flood plain also makes redevelopment unlikely in the near- and long-term future.”

A staff report filed with the Planning Board also noted that “acquiring riverfront and river adjacent land” is a stated “priority” of the city and its Parks and Recreation Department.

The city’s Parks Board will review the proposal at its monthly meeting tomorrow evening. Afterwards, the sale could be referred to the City Council for public hearings and final approval.