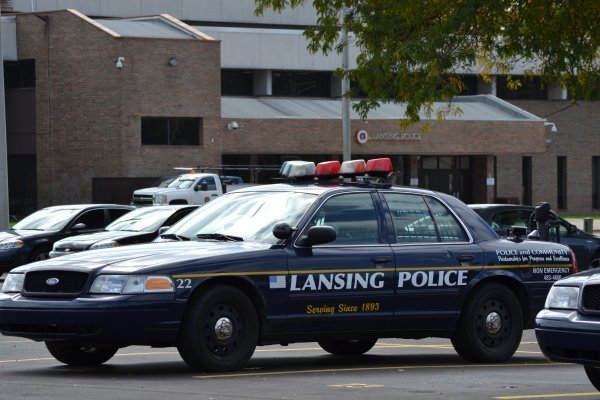 TUESDAY, July 27 — Drivers pulled over and searched by cops in Ingham County solely for minor traffic infractions will no longer face other charges for possession of contraband, including drugs, stolen property, illegal firearms and other weapons.

The policy was announced this morning by County Prosecutor Carol Siemon. The goal: Stop cops from going on what the new policy calls "fishing expeditions" for more severe criminal charges at routine traffic stops and subsequently curb systemic racial biases that target Black people in the justice system.

“Communities are safer when the justice system is fair for every person, no matter their income, race, gender or ability,” Siemon said in a statement. “It is possible to prioritize both public safety and a fair and equitable justice system without sacrificing one for the other. Today’s policy change meets an urgent need to reexamine and reconsider how policing practices can perpetuate racial injustice in the criminal legal system or work in service of a more just system.”

Under the new policy, county prosecutors have been instructed against pursuing possession of contraband charges that stem from unrelated stops for minor violations like illegal window tints, expired registration, driving with a suspended license, defective tail lights or riding the left lane.

Siemon said cops have been known to use those low-level crimes — which she labels as “pretextual stops” — as reasons to pursue other charges unrelated to the initial traffic stop.

As of today, those charges will only be authorized by Siemon’s office if the traffic stop was necessary to protect the public or if cops had a separate investigatory reason for the stop.

For example, a broken taillight that leads to consent for a search in which cocaine or an unregistered pistol is discovered would normally lead to a controlled substance or firearm charge. Absent another reason for the stop, Siemon will no longer authorize those charges.

Siemon said those types of stops have disproportionately targeted Black people in the county, often do not pose an immediate risk to public safety and have led to unnecessary detainments.

Instead, prosecutors are now being asked to “carefully scrutinize” all warrant requests that arise from traffic stops and deny them if the stop was for anything that didn’t pose a safety risk or if the officer was found to have “impermissibly prolonged” the encounter, according to the policy.

All possession of contraband crimes arising out of a vehicle search tied to a traffic stop that does not pose an immediate risk to public safety will also be denied under Siemon’s new policy.

“Routine traffic stops should not become ‘fishing expeditions,’” according to the new policy.

Even for traffic stops that do pose a genuine risk to public safety, prosecutors have also been asked to consider why the stop was public safety related as well as evaluate the reason for any subsequent searches. For warrants to be approved, prosecutors must be convinced that the initial infraction poses an “actual danger” to a person or property, according to the new policy.

Siemon said plenty of evidence shows that traffic stops for things that do not pose an immediate public safety risk can often reflect racial bias. She also noted that local cops have historically stopped, questioned and searched people of color at much higher rates than white people.

Preliminary data from the Vera Institute for Justice also shows that racial disparity carries over locally in cases charged. Black and Hispanic people account for about 41% of misdemeanor cases and 54% of felony cases yet only represent about 12% of the county’s total population.

“These stops do not improve public safety, as the majority do not result in the discovery of contraband or weapons,” Siemon said in a press release this morning. “When prosecutors condone non-public safety stops, they encourage police officers to focus on people rather than actions they deem ‘suspicious,’ contributing to racial inequity in the criminal legal system.”

The policy does not prohibit or discourage lawfully seizing or forensically testing contraband. It’s also labeled as an “exercise in prosecutorial discretion” that “does not create new legal rights.” It notes that exceptions are possible, pending approval from Siemon or another top prosecutor.

Last July, former Lansing Police Chief Daryl Green also enacted policies that prohibit officers from even initiating traffic stops for minor traffic violations, including for defective equipment. In the six months that followed, Black drivers still accounted for about 35% of traffic stops in Lansing despite making up about 22% of the city’s population, according to U.S. Census data.

City records have also showcased a dramatic decline in traffic stops this year. Between 2016 and 2019, LPD conducted an annual average of 6,752 traffic stops. In 2020, local cops conducted 3,577 traffic stops amid the pandemic — about a 48% decrease from 2019.

And between January and June, LPD only recorded 434 traffic stops, setting pace for a record-low annual total of fewer than 1,000 traffic stops and even fewer traffic tickets.

Siemon said her office maintains countywide authority over whether to issue criminal charges — including sole discretion over whether to deny a warrant request that is “not in the interests of justice.” The new policy is “intended to promote equity, justice and fairness” in those decisions.

Washtenaw County prosecutors crafted a similar policy in January that prevents charges from being filed based on traffic violation stops. That policy, however, does not apply to stops where officers are investigating and have probable cause that leads to the discovery of contraband.

San Francisco prosecutors made a similar move in February that directed cops to no longer seek charges for contraband found during pretextual traffic stops. Officials there clarified that the policy was aimed at minor infractions where contraband was seized after consent was given.