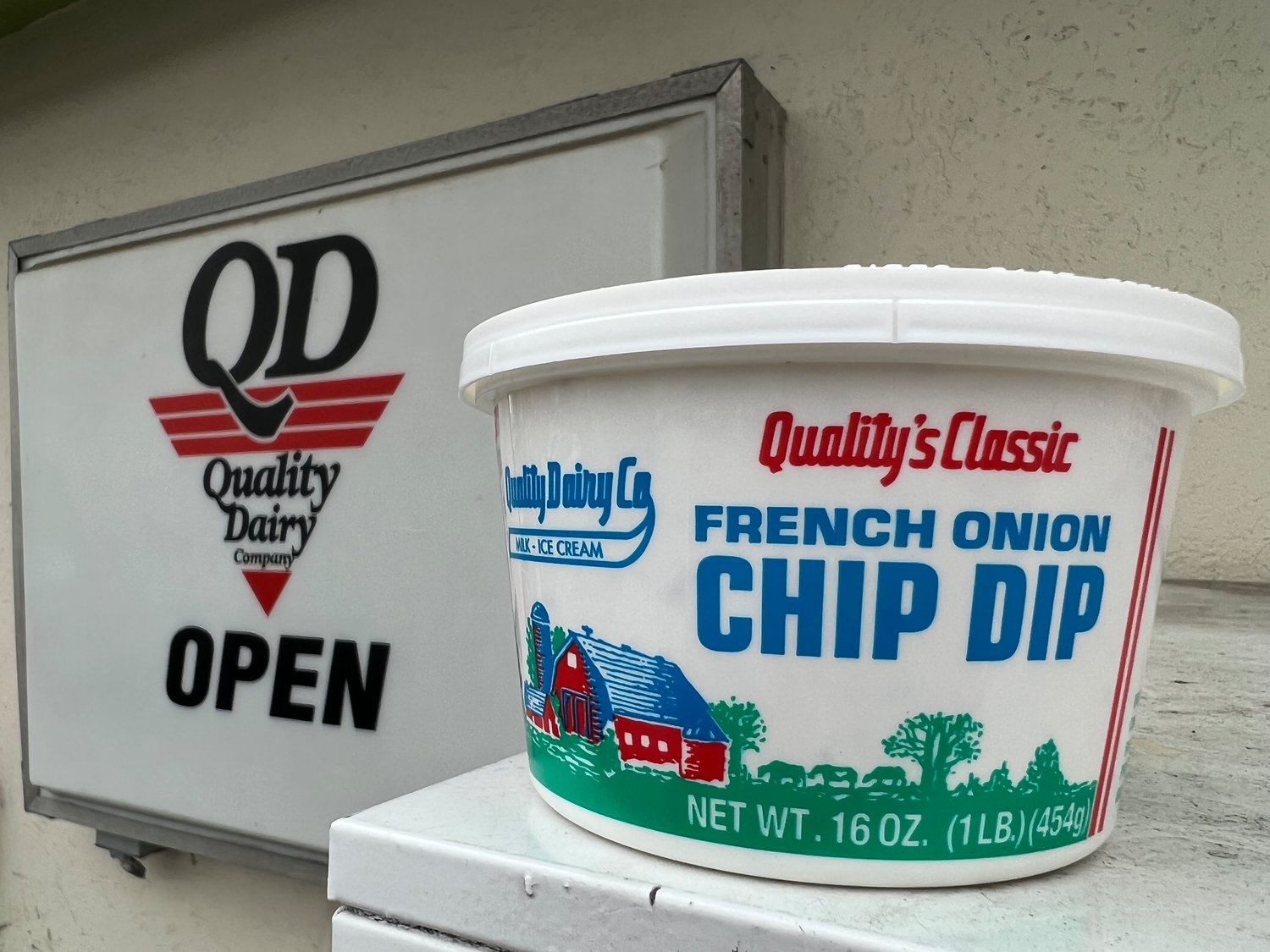 And when it comes to chip dip, it doesn’t get much more serious than Quality Dairy’s beloved French Onion Dip — a local snacking staple that’s probably tucked away somewhere in your refrigerator right now. So, when Quality Dairy CEO Ken Martin heard people chattering away on Facebook about how the recipe had somehow been changed, he also took it pretty seriously.

“There’s a lot of keyboard warriors out there, and that comes with the territory,” Martin told City Pulse. “There’s always room for opinions, and opinions are good. But I think if there’s a falsehood out there, it’s important to straighten it out — so that’s what I decided to do.”

Long story, short: The dip hasn’t changed — not in at least half a century, Martin said this week.

And how does he know? In addition to being the son of one of the company’s founders, he’s worked at Quality Dairy for more than 50 years and said he has personally sampled every single batch of french onion chip dip that has been produced by Quality Dairy since the early 1970s.

Martin explained that he starts with a teaspoon from every batch to check the “mouth feel” before embarking on a “judging journey” of the spices across the taste buds. He said a tasting panel also judges the dip weekly and routinely provides constructive critiques to his suppliers.

“I am serious about our dip and don’t hesitate to provide my input,” Martin explained in a comment. “This is an artisan product and can be finicky, particularly with the blending time when incorporating the spice. Excessive blending breaks down the body of sour cream to little, and the spice is not evenly distributed. This has been a tough balance to maintain.”

That post has since garnered hundreds of responses from local residents — many comforted to know that their favorite dip is the same, others skeptics who still insist the recipe has changed.

Martin said the dip is produced by a family-owned dairy company that he personally contracted. And while there may have been some slight variations from batch to batch, the overall recipe, the small-batch production style and ultimately, the flavor, hasn’t been tinkered with in decades.

“My family built our business on Quality products, that remains our business model today and will remain our model for years to come. Hopefully this response helps sort out many of the opinions and incorrect statements posted,” Martin concluded in his popular Facebook post.

Martin also recommends that Lansing residents consider trying out reduced-salt wave potato chips to pair with the dip, which “pick up more dip and don’t overpower the spice with salt,”

In the comments, Martin also dropped some other lesser known details about the company: