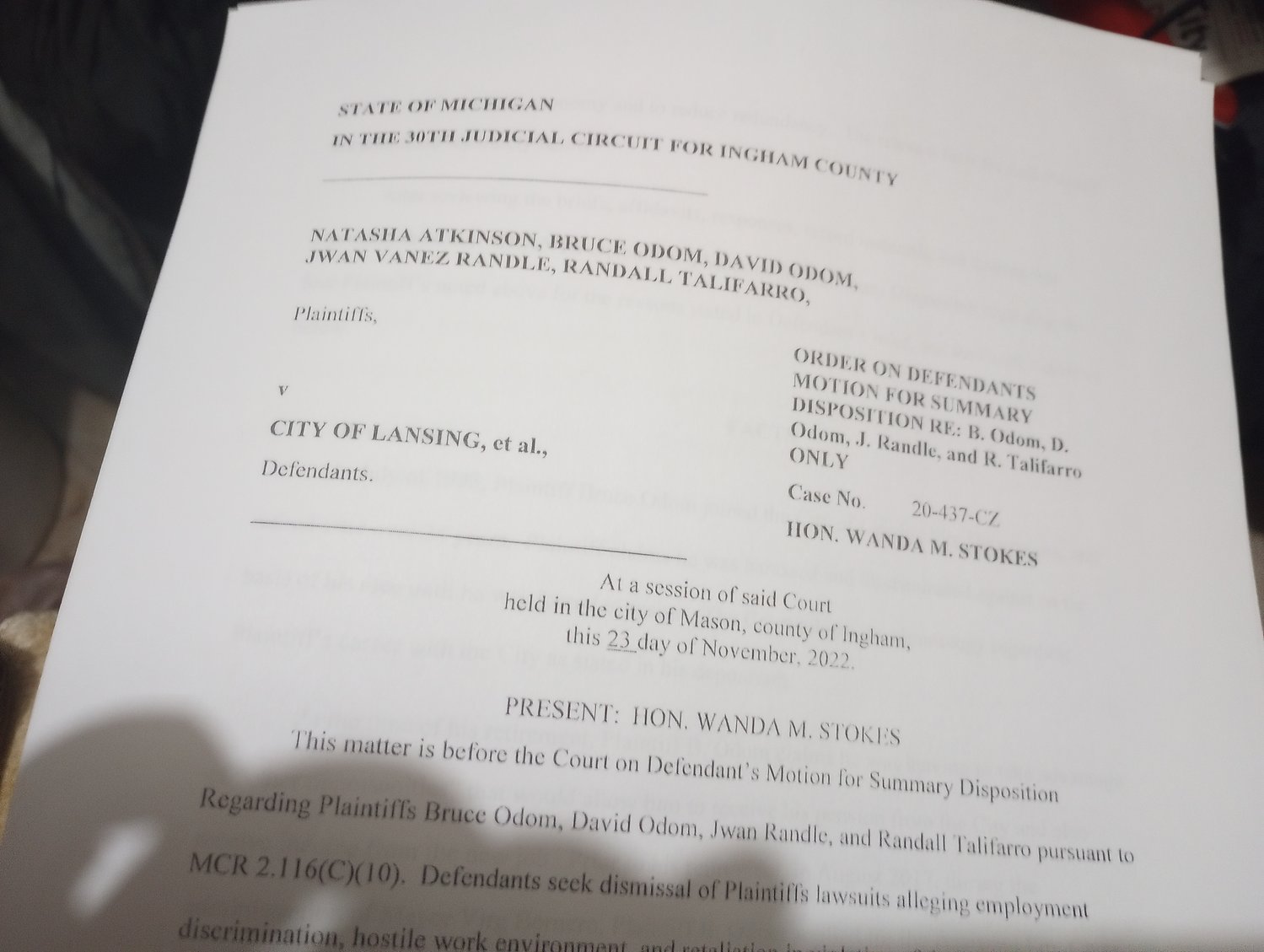 Racial discrimination suits against the city of Lansing have been tossed out for lacking evidence. 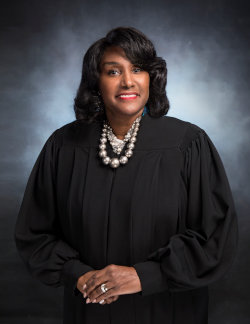 “The Court finds that upon taking all the evidence in the light most favorable to Plaintiffs, they fail to provide sufficient facts to support a prima facie case of discrimination based upon their race, that they were subject to a hostile work environment, or suffered any adverse employment action,” Stokes wrote in 20-page decision for summary judgment in favor the city. “The Court likewise finds that Plaintiffs fail to support a claim of retaliation after engaging in protected activity.”

All six cases were dismissed with prejudice, and the six individuals were ordered to pay the city’s legal fees. “With prejudice” means they are dismissed permanently and cannot be brought back to court.

An Oct. 17 decision ended former mayoral scheduler Natasha Atkinson’s discrimination claims against the city. In that 10-page written decision, Stokes noted the same issues as in the other cases, but also wrote, “Plaintiff admittedly violated confidentiality policies and lost her job for that and performance reasons that did not amount to pretext.”

Atkinson claimed she had been subjected to racial comments about her hair. She also alleged former Deputy Mayor Samantha Harkins made a sexual comment about how attractive a Black male staff member was and other claims. However, she took no action to file complaints about what she said was a hostile work environment. After issues with her performance arose, it was learned she had been providing information about Joan Jackson Johnson and why she had been dismissed from her job leading the city’s Human Relations and Community Services Department.

Bruce Odom, who retired in September 2018, claimed he had not been invited to a meeting, was paid less than his successor and was subject to a changed hiring process that white deputies were not. Stokes carefully deconstructed each claim, including noting that the previous deputy chief in his position, Michael Tobin, had been paid the exact same salary.

Bruce Odom’s cousin David also made a series of allegations claiming that since Schor came into office, the mayor had “fostered an environment where African-Americans are targeted, segregated and subjected to horrible working conditions because of their race.”

Stokes ruled his allegations of discrimination had been “promptly investigated” and noted there is no record of evidence of subsequent acts of alleged racial animus or harassment.”

Talifarro alleged he’d been intentionally excluded from meetings and that Schor and his administration engaged in racial animus against employees of color. He claimed he had resigned “under pressure and duress,” Stokes noted he remained as chief for an additional three months while the city sought a new chief.
On Oct. 24, Stokes also dismissed a lawsuit by Terry Isra’el, court records show.

The city lost a federal racial discrimination lawsuit brought by former firefighter Michael Lynn Jr. on Oct. 7. A federal jury awarded him $1 million in damages. He has a second lawsuit in Ingham County Circuit Court against the city alleging wrongful termination.

How much money the six will owe the city is unclear. Administrative spokesperson Scott Bean said the case involved both the City Attorney’s Office as well as outside legal counsel. In addition, there were depositions taken in the case, which can dramatically ramp up costs in legal fees and legal transcription fees. “The city has to compile everything and give it to the court. Then the court will make a judgment on allowable costs and expenses and issue a ruling,” said City Spokesman Scott Bean.

Collette pleads ‘no contest’ to simple assault and battery