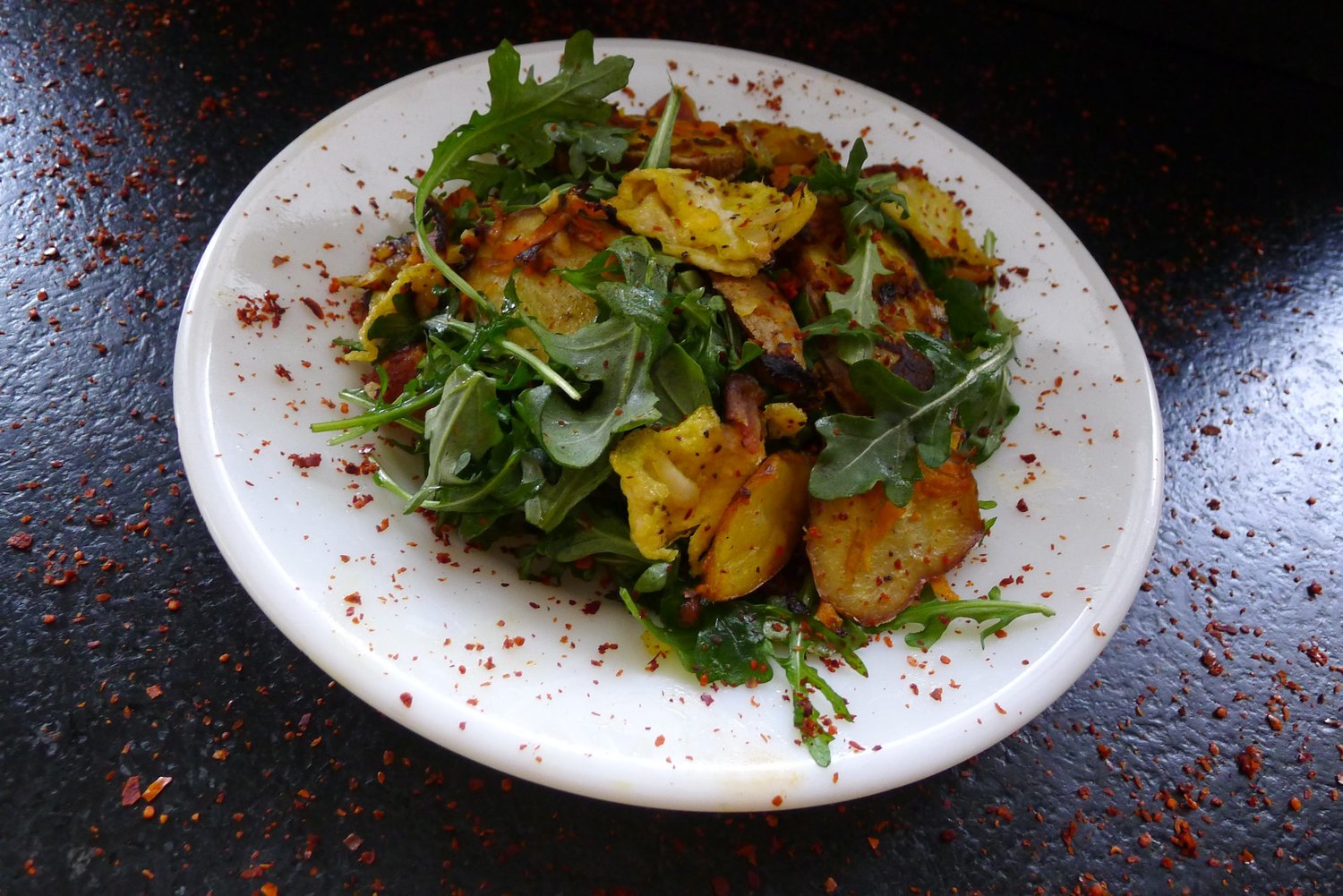 “Anybody gone into Whole Foods lately and see what they charge for arugula?” asked then-Senator Barack Obama, during an Iowa campaign rally in 2007. There was no Whole Foods in Iowa at the time, and his gaffe, and the inevitable backlash, all became known as  “Arugula-gate.”

Thus, the fates of arugula and Obama became inextricably linked. His alleged elitism sealing the spicy green’s fate for at least two election cycles, according to agriculture industry observers.  At the time, kale had sales on par with arugula, but went on to dominate the dark leafy greens category— while arugula has languished ever since.

I too got off to a rocky start with rocket aka roquette, as arugula is variously called. Maybe it was too many bowls of salad that were too heavy on the arugula. But the scrappy plant from the mustard family found a home in my heart and belly, as a flavor adjuster, not the entire flavor. It’s the difference between a touch of mustard and a bowl of mustard.

As a leafy condiment, our pungent green has a lot going for it. It stays stiff and crunchy long after harvest, yet remains tender. Arugula has been a staple for centuries across Europe, with the deepest recorded roots in ancient Rome, where it gained repute as an aphrodisiac. Virgil wrote that its fiery flare reinvigorated the weary goddess Aphrodite, and the rest was history.

In the field, this lovable plant is all toughness. It can handle the cold. It can grow in the weeds. It thrives on adversity, through the winter in greenhouses far away from the E. coli hotspots of California and Arizona.

With a new year, a new administration and a divided nation upon us, I decided to give arugula another chance. And I began to see my sassy new friend everywhere I turned.

At my local deli, I noticed a wad of this dressed arugula in a sandwich of lox, onions, capers and cream cheese. At Sunday brunch in Madison, Wisconsin, last week, as I was driving across the country, the arugula was hiding beneath a decadent plate of eggs Benedict. The Italians, of course, have been on it forever. These days, they add fresh handfuls to pizza and chop it onto pasta. I don’t know if the Brazilians are on it, but I put a pile of arugula on a bowl of feijoada — black bean stew — and the sharp bite was perfect. It’s almost always tossed in some kind of simple vinaigrette like lemon juice with olive oil.

One of my favorite ways to use arugula is as the final stroke in a winter pan salad. It’s a continuum of raw and cooked roots, tubers, bulbs and leaves. I like tossing it with scrambled eggs, which gives it a breakfasty feel. Made exciting with the wild flavor of arugula, like a splash of green hot sauce, but with more fiber.

You can skip the eggs to make it more salad-like. Or double down on breakfast and add bacon, in the spirit of that trendy arugula salad with the warm bacon vinaigrette. Assuming it’s fatty enough, use it instead of some or all of the oil by cooking a slice and breaking it into bits, leaving the grease in the pan.

2 tablespoons olive oil (or oil of your choice, including bacon fat)

1 good-sized potato — about a half-pound — sliced into ⅛-inch coins, or as thin as possible

Heat the oil on medium in a skillet. Carefully place the potato coins in the oil, making sure each coin has full contact with the pan. Arrange the fatter pieces in the center of the pan.  Deglaze with water or stock if it start to burn. After about five minutes, grate in the carrots, add the garlic, and stir it around. Cook until the potatoes are soft and browned on at least one side. Turn off the heat, add the onions and parsley, and allow to cool for five minutes.

To serve, toss the potato mixture with the arugula mix and the eggs, and arrange into a big heaping pile. Dust with red pepper flakes for a spicy garnish.

This magic mix can be your secret weapon and finishing touch to anything from soup to sandwich to salad, pizza and pasta, and everything in between.

Good shakes of salt and pepper